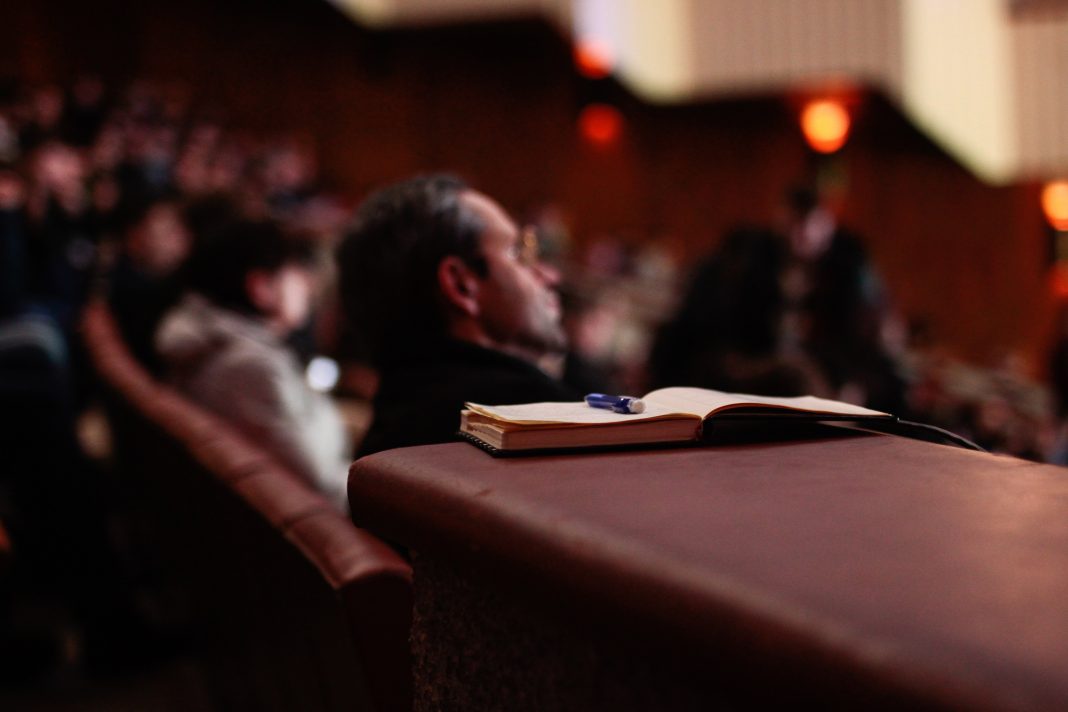 This article was written in response to Jelle Kooij’s article published on Debat last week.

Mr. Kooij argues in his November 25 article that universities, by striving to make their campuses safe spaces for students, stifle open debate, limiting the production of knowledge. I will argue here for an opposite view on safe spaces and their effects. In fact, it is essential to the exchange of ideas that universities are safe spaces, especially for marginalised or minority groups and views.

I will first discuss Mr. Kooij’s understanding of safe spaces, and especially of that as the university campus as a single safe space. I will follow Mr. Kooij’s supposition that there are two distinct understandings of safe spaces; one as a physical space where people with similar predispositions can freely mingle, away from marginalising pressures. Mr. Kooij recognises the value of such spaces. It is the second understanding of safe spaces that particularly worry him. He argues that “[s]afe spaces are also a set of ideals overtly layered over the whole of the university campus”. He does not mention which ideas this set includes. I understand him to mean by this that some university campuses designate themselves as safe spaces. So far, Mr. Kooij does not see a problem with this. He makes the fine point that “the ideals of the safe space are applied to protect the political views of a minority of students”. It seems obvious to me that, to protect free speech, minorities must be able to hold and espouse minority political views. Declaring the campus a safe space—an environment in which aggression or hate against any, but especially minority views, or persons are pushed out—can therefore only make it easier for divergent ideas to emerge.

Mr. Kooij reiterates his argument by giving us two examples of speakers that were disinvited because of their views. The first example is Dr. James Watson, whose lecture at New York University was cancelled due to “remarks that he had made 9 years before and subsequently apologized for”. Mr. Kooij elects to leave out the content of these remarks, but to gain a full picture, I will outline them briefly here. In a 2007 Sunday Times interview, Dr. Watson argued that Black people are born with lower intelligence. He confirmed to still holding this view to PBS in 2019, years after the apology mentioned by Mr. Kooij. In addition to those comments, he made derogatory statements on Jewish people, various comments on women, especially female scientists; fat people, and gay people (but see here for Watson’s response).

There are two main issues with using Dr. James Watson’s cancelled lecture as an example of why the university as a safe space limits the free exchange of ideas. My first point touches on Mr. Kooij’s claim that Dr. Watson’s views “were unrelated to his work as a scientist”. As a geneticist, making derogatory generalisations based on things like ethnicity and gender (generalisations that are not supported by science, must I add), cannot be seen as disconnected from his work as a scientist. The second point touches more deeply on Mr. Kooij’s (mis)understanding of the university as a safe space: the very purpose of striving to be a safe space is to make sure that everyone in the academy feels safe to criticise others’ ideas. Just imagine being part of one of the groups that Watson dismisses as less intelligent or with lower ambition: would you feel like your ideas are taken seriously by someone with such ideas? In my view, the answer is no. Someone that so readily admits to believing that some groups are intellectually inferior cannot judge ideas on the same basis coming from different groups.

The second example concerns Dr. Dorian Abbott’s scheduled speech to professors, students, and Black and Latino high school pupils at the Massachusetts Institute of Technology (MIT) that was cancelled due to his views on affirmative action policies, especially the comparisons he drew with racial policy in Nazi Germany. The head of the department at MIT, Robert van der Hilst, explained his decision, stating that Dr. Abbott’s views may have led to Black students staying away from the MIT climate change programme, whereas the Department wanted to attract these to enhance the diversity of the Department. In my opinion, this example shows a much more nuanced aspect of the debate: the value of Dr. Abbott speaking had to be weighed against the value of diversifying the student (and, later, the staff) body of an academic department. If the goal really is to challenge ruling ideas, the choice seems straightforward to me. The question that Mr. Kooij asks (“When academics are not the allowed to challenge the existing body of knowledge what is the role of the university?”) is therefore misleading. The real question is: when academics can prevent challenges to the existing body of knowledge, what is the role of the university?

Mr. Kooij further argues that these unrelated views are considered in gauging someone’s (specifically: Dr. Abbott’s) scientific credibility. A cursory glance at the evidence undermines this thesis: Dr. Abbott’s course remains fully subscribed, he has a permanent contract at a prestigious university and is not restricted in any way to publish work, academic or otherwise. In fact, he was invited to give the same speech on the same day at Princeton immediately after news of the cancellation became known.

For Mr. Kooij, the protection of liberal democracy is paramount, and he equates designating campuses as safe spaces with a challenge to its very foundation. This exposes an interesting tension in his argument. He claims that he does not want political motives interfering in the exchange of ideas at universities. But does seeing safe spaces as a challenge to liberal democracy not hold a political motive in itself? Perhaps the challenge Mr. Kooij sees is evidence of a freer exchange of ideas, especially ideas that go against the dominant (liberal democratic) consensus.

I hope to have made it clear that universities must be safe spaces to leave room for all ideas to be expressed and heard. This does not mean that students’ ideas go, or should go, unchallenged: only that everyone in the university environment must be able to express their ideas safe from violence. In a sense, this is a political motive. Respecting everyone’s opinions and freedoms may even revitalise liberal democracy as we know it.

Photo by John-Mark Smith on Unsplash