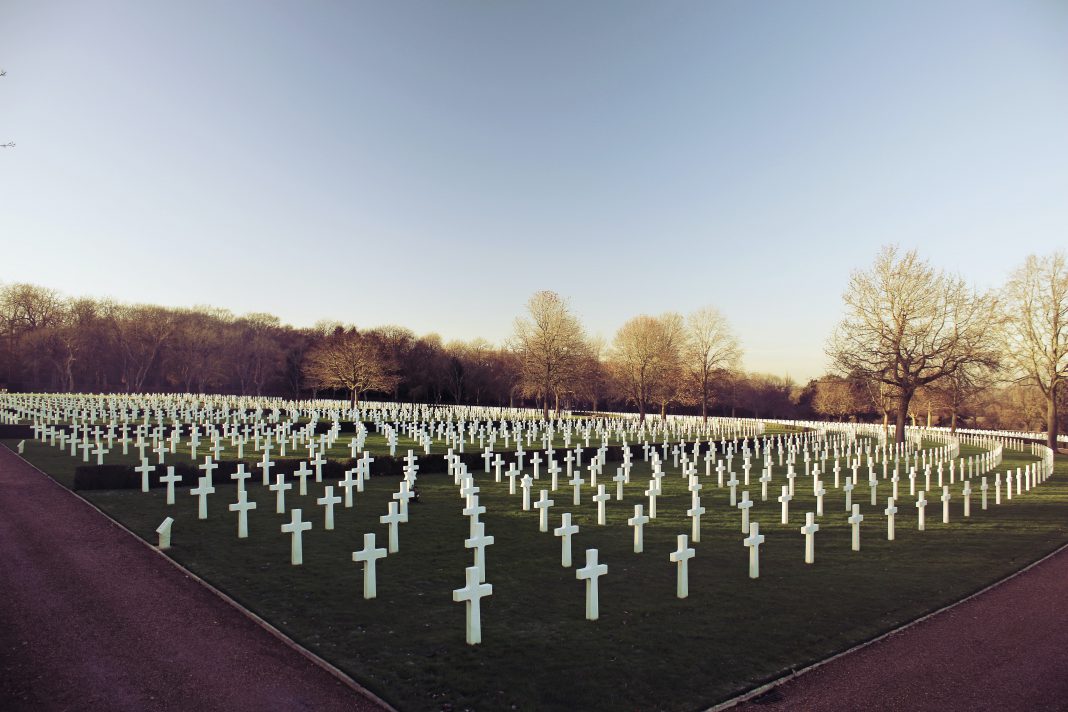 Each year, on the 4th of May, the Dutch commemorate victims of the wars we have been involved in. Originally a commemoration only of all the Dutch victims during the Second World War, it gradually started to include more and more war victims. By now, the entire country entertains a 2 minutes silence at 8 0’clock in the evening in honour of all those – soldiers and civilians – who died in the Kingdom of the Netherlands or elsewhere in the world, since the start of WWII, in violent conflicts or peacekeeping missions.

This year today, it’s been exactly 75 years since the end of WWII in Europe. The war is such a long time ago, that most people alive today only experienced the war as a child or even just remember the stories told by those who survived it. Then why do we still need to spend time commemorating war victims? It makes sense for all the more recent casualties, in Mali, or Yugoslavia, with plenty of survivors and veterans still alive. But still, May 4th has always been mostly about the victims of WWII and less about those more recent victims of violent conflicts. On one hand that is because the day after, May 5th, we celebrate the end of the Second World War in Europe. There is a national committee that organises the events of both May 4th and 5th. On the other, it is because the Second World War is still very relevant to this day, and has made a much bigger impact on The Netherlands and the rest of Western Europe than any other conflict since.

Obviously, the scale and intensity of the War have contributed to this fact, along with probably many other factors that historians will be able to tell you about. However, one thing absolutely makes WWII stand out from most other wars: the successfulness of eliminating different groups of people that were different from the “ideal image”, most notoriously the Jews, Roma and Sinti. Although WWII did not initially start as an ethnical or even ideological war, it soon turned into one of the worst racist extermination campaigns. It was the way to keep the War going, to give both sides a reason to fight for and it introduced a long period of ideological tensions in the world. The Axis countries needed to fight off internal dangers and the rest of the world, whose ideologies, races or religions were a threat to their survival. The Allies needed to stop the Axis countries, whose ideology and violence were despicable and a danger to their own security. The hatred toward people of a different race, religion or ideology that was introduced before and during WWII has left an impression that lasts to this day. On one hand, it caused closer and more inclusive international cooperation than ever, the realisation that hatred, fear and violence will only bring destruction and grief and should therefore be avoided at any cost. On the other hand, it never really went away. After the ideological conflict of the Cold War, racism and religious tensions and violence are growing again.

It almost seems as if the Second World War is too long ago already. What happened to the peaceful ideals of the second half of the 1940s and the 1950s? Where did European unity and inclusivity go and when did the United Nations lose its promising image of global equality and cooperation? It makes you wonder; didn’t we learn anything from our past mistakes? Apparently, we did at first, but now it seems we are starting to lose sight of the horror that ended 75 years ago. Exactly that is the reason why we should always keep remembering how terrible WWII was, the tremendous hurt and suffering brought upon so many people. The people that still advocate violence, intolerance or racism have probably never really thought about war, they have never really listened to survivors telling about all the pain, fear and grief that come with wars. They never really commemorated those who fell during a war, but are so stuck in their own beliefs that they fail to realise what their ideas inevitably will lead to. Wars may have been considered heroic adventures in the past, but truth is that if they have ever been, they no longer are. In modern wars, there are no winners and everyone only loses. World War II has certainly taught us that, and if we would take the time to look at more recent violent conflicts, we would see the same thing. Commemorating all victims of war is not just honouring their memories, it is also about realising how much the world has lost because of the conflict they were involved in. We can only hope that keeping May 4th as national day for commemorating the dead will prevent the world from seeing a repetition of history. Otherwise all those heroes truly died in vain.

Photo in header by Neil Thomas on Unsplash