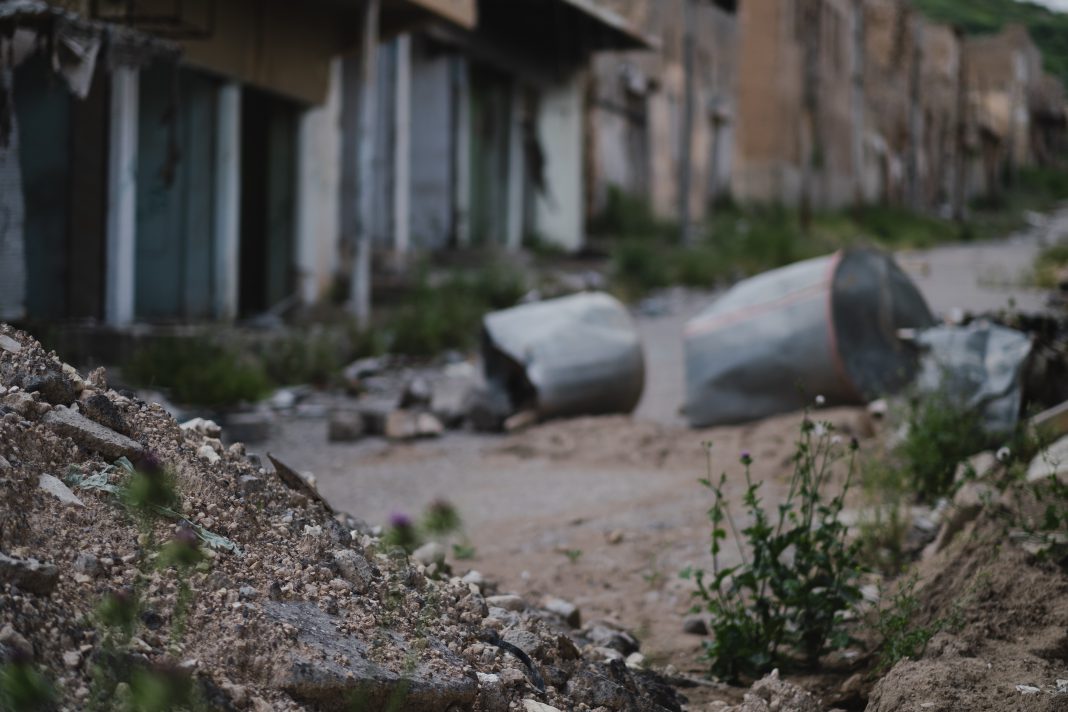 Recently, headlines were filled with reports of the interim order brought against the Dutch State by the lawyers of the 23 IS women and their children. The lawyers demand that the 56 children together with their mothers will be taken to the Netherlands as soon as possible from the detention camps in northern Syria where they are staying now. The IS women travelled to this area to join IS and took their children with them. Now, these women demand that they will be brought back together with their children to the Netherlands, because the living conditions are bad and dangerous. Opinions on this subject are divided. Should the Dutch State give these IS women a second chance? I believe that the IS women are the rescue over and are not entitled to a second chance.

Firstly, these women have made the choice to join IS themselves. They have voluntarily travelled to an area known as a dangerous environment where IS operates. Besides, they took their children with them. The women have deliberately gone to Syria, despite the Dutch government’s efforts and measures to prevent the exit. Furthermore, they stayed there for a very long time. The choice to return to country of origin could be made in 2013. At that time, some women did not know what was waiting for them when they made the trip to the Middle East. However, these women acknowledged their mistake and then returned. On the other hand, from the year 2014, it is impossible to argue that ignorance has played a role in making a choice to make an exit. Everyone knows what IS means and what it stands for. The IS women are adults and have made a deliberate choice.

Moreover, a large proportion of these IS women are also a terrorist. The IS women who, for example, are in the Al-Hol camps, support IS. They bring sympathy with IS and support the men and fighters. They raise their children with the same philosophy. There are women who do not fight with guns and bomb belts for IS, yet they support the idea of destroying a way of thinking that doesn’t match with theirs.

Furthermore, repatriating IS women and their children creates a danger for national security. How can be established that IS women express regret and do not have a different purpose in mind? Moreover, the children of IS women have seen and experienced things that have caused trauma. They are also deployed at the age of six and are being ’trained’ as fighters and child soldiers. They learn to deal with knives and other dangerous weapons.

Finally, IS women are not the real victims. The victims of the IS terror are the Yezidi’s; a religious minority in Syria and Iraq. The men of this group were massively murdered and the women were sold and used as a sex slaves. Women were raped and abused. Children were used as bombs. Yezidi’s fear the idea that IS women will be brought back to the Netherlands. In an interview with de Volkskrant, a former sex slave talks about the fact that IS women may be taken back in the Netherlands: ‘’They are partly responsible for all the atrocities of IS because they voluntary, knowing of beheadings, genocide and sex slavery, travelled to IS.’’

However, others argue that IS women deserve a second chance. For example, they argue that it is better for national security to bring back IS women and their children now, so that the group can be controlled. At the moment, they return on their own initiative, while there is no control and therefore no trial. However, repatriating is also an extremely high national security risk, as I have argued before. Moreover, international law states that IS women can rely on family reunification, allowing IS fighters to come to the Netherlands as well. IS fighters can exercise their ideas in the West at that time. Doesn’t this pose a much greater safety risk? An international tribunal in Syria may be a solution so that such a security risk is not possible.

Another argument that is often appointed, is the fact that the children are innocent. The children have not chosen for these circumstances and are therefore not responsible. This is correct. However, they are systematically being used by IS from a very young age. There are plenty of examples of children who already know how to deal with knives at the age of six. Videos from IS are distributed to show how young the children are being radicalized. From the age of six, they are already being trained at these camps. Can the Dutch classrooms handle radicalized and traumatized IS children?

All in all, it can be said that retrieving IS women and children is not a good idea. IS women have made their own choice to join IS. In addition, they sympathize with IS fighters and bringing back IS women and children might cause a high risk for national security. It seems to be an immoral choice and perhaps it is, but the responsibility is not with the Dutch State but with the IS women.

Photo in header by: Levi Clancy on Unsplash