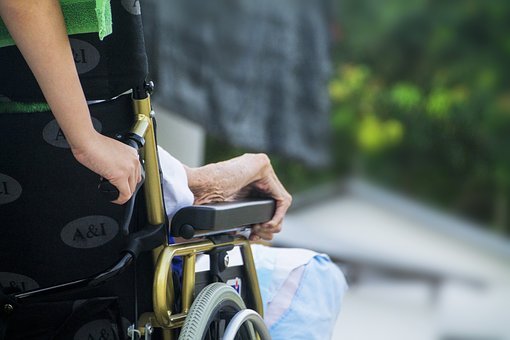 Last month, a Member of Parliament of GroenLinks (GreenLeft) Corinne Ellemeet started a conversation about the crisis in the elderly care. She suggested a screening for elderly people above seventy. This idea stirred things up, but unfairly.

The reason for the storm online was not what Ellemeet said, but what different media made of it. EenVandaag  started their headline on social media about this topic in the following way: “Should we still give people above seventy a new heart valve, an artificial hip or an expensive cancer treatment? GroenLinks Member of Parliament Corinne Ellemeet is of the opinion for a while now, that we should examine the usefulness of operations on elderly people.”

Especially the first part of this headline implies a plea against helping and caring for the elderly. However, what Ellemeet is really in favour of, is a vulnerability test for elderly people over seventy. A specialist should look into the pros and cons of heavy treatments, so that remedying one thing does not lead to other things worsening.

Ellemeet argues for appropriate care. As she says herself: “It is not about the contrast between whether or not to treat, but about the best treatment, which should meet the wishes of the elderly.” Therefore, the proposal is by no means a cost-cutting tool or a way to stop treating the elderly. On the contrary, it is a plea for good care.

However, this was not well understood. Where EenVandaag stopped at a somewhat strange implication, weblogs and Twitter took it much further. The Dagelijkse Standaard (Daily Standard) headlined with: “Cruel GroenLinks-bimbo Corinne Ellemeet wants to take away the care of the elderly: Stop over-treating!” Furthermore, the article says the following (albeit cynical):

“It was to be expected: GroenLinks is well on its way to becoming the favourite party of the youth, but the party does not seem to be able to grow above 20 seats. There are simply too many elderly people in the Netherlands. So what do you do if you still have ambitions to become the prime minister? Easy: you just look for ways to get rid of the elderly.”

GeenStijl also reported on the proposal, and they too dismissed it as a proposal to stop providing care to the elderly. This was done in a ‘funny’ way, with the message that GroenLinks had developed an app to detect people over seventy. Hell broke loose on Twitter, as well. Many people on Twitter were furious with Ellemeet and her proposal. Among other things, Nazi symbols were used to express the strong feelings people had.

Now we can see this as a little joke from right-winged websites about GroenLinks, or as a poor choice from EenVandaag. However, I think it is more.

By dismissing this sincere proposal as a devious, cruel trick or hatred for the elderly, a very serious subject is trivialised. Healthcare concerns us all, whether it is about ourselves, our parents, or our grandparents. I think many of us have personal stories about poor treatment, weird choices and failures in healthcare. A grandmother who was treated incorrectly, a father who got the wrong diagnosis.

Healthcare is something that we all have to deal with, but it is also a field in which there are many problems. We won’t solve these problems by demonising every new proposal that is made.

By making this case a way to attack GroenLinks, a very important subject is being pushed aside. There is a scientific debate going on about when to treat, and when not to treat, especially when it comes to the elderly. The arguments mainly concern the fact that, for example, major operations on the elderly can prevent them from living at home, because of the impact operations can have on their bodies. It is important that the patient knows the risks of treatment and takes this into consideration.

It must be possible to make this debate a public and political one. Misunderstandings can only be remedied when there is a change in the current standards. And to get this debate going, we first have to listen carefully to each other. If someone with a different political preference comes up with a proposal, which may sound strange within the first words, it is important to listen to the whole story. Only then we can sincerely criticise each other and start a discussion in order to arrive at a better ending point.