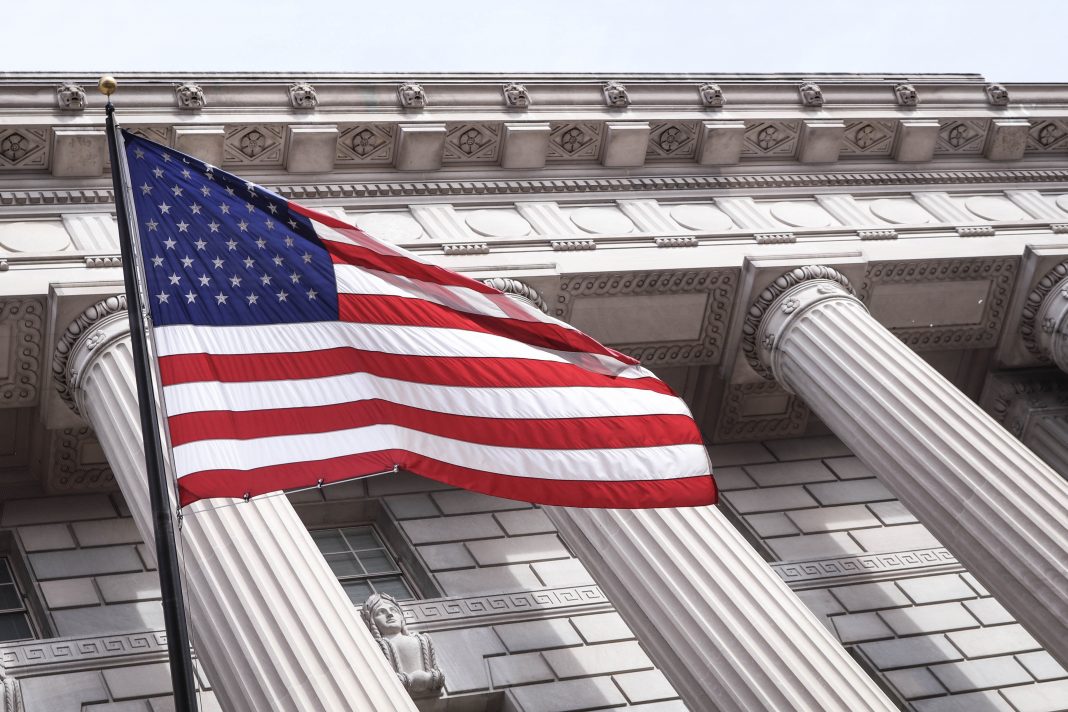 In his book Why we’re Polarized, Ezra Klein, editor-at-large of Vox.com researches the rise and consequences of polarisation in the United States.

Every follower of American politics will easily notice that the United States is a divided nation. They are not a lot of topics left that are not polarised. Protesters against racism? They are either civilians who are claiming their human rights, or they are a bunch of opportunistic hoarders. Wearing a face mask? A civic duty, or sign of a rising totalitarian state? Big themes like racism being polarise is nothing new. But that something dull like wearing a face mask is causing this amount of division, is illustrative for the state of America. How did this happen?

Polarisation was not always a given in American politics. In fact: political scientists in the 1950s released a call for more polarisation. The differences between the two parties – the Democrats and Republicans – were not clear enough. Concerns were rising that voters would not be able to make an intelligent choice between the two of them. Compare that to today; research shows that during the 2016 election, American civilians voted for their party mostly out of envy for the other party, and not because they backed their own.

Ezra Klein calls this negative partisanship. In his book Why we’re Polarized, he builds upon an impressive amount of political science, psychology and demographic research, to show that the rules and customs in America developed in such a way that polarisation seems a logical consequence.

Parties are, compared to before, strictly sorted. Not only ideologically. Klein shows that there is a clear division based on race, religion and geography. This means that voters within a party are looking more alike than ever; what it means to be a Republican now, includes much more than just the party you are voting for. Political identities have consumed other identities. As a Republican, you are probably a white protestant who lives in rural areas like Texas. Klein sees this sorting mechanism as the development where a political identity shifts to a ‘mega-identity’. And that is the main driving force of polarisation in contemporary America.

By using numerous studies on human cognition, Klein shows that we like to think of ourselves as us. From an evolutionary point of view, this makes sense; you will not make it on your own. Sports is something which symbolises the us-thinking clearly. The fact that sports teams can have such loyal and passioned fans, based on nothing more than the location of their stadium, shows that there is not much needed to create the us, a group. But sports also show the other side of the coin. Ajax supporters for example tend to envy Feyenoord supporters. We-thinking tends to create big disapproval for the them, the other.

When politics increases to be an us versus them story, like in America, the battle between Republicans and Democrats starts to parallel a battle between Ajax and Feyenoord. No wonder negative partisanship is ruling. This has cognitive consequences. Klein shows that we have stopped to think logically. Klein understands logic in terms of groups. Instead of basing our opinions on information, we act we choose an opinion – our party’s opinion – and subsequently search for information which confirms this truth. This is called motivated reasoning. The more important your party identity, the more you let go of sound reasoning. And this completely makes sense because deviating from the opinion of your party then becomes a denial of a big part of who you are.

This is clearly visible in American media. Since the rise of cable television and internet, there has been a huge increase in choice. In this age-of-choice, a war is going on for attention. Media companies need clicks and want to create a community which ties the customer to them. What is the best way to do this? Fox News and Buzzfeed know it like no other: polarizing news with a common enemy.

With the rise of Twitter, Facebook and Instagram, media distribution started to occur via shares. People do not share nuanced stories. They share powerful articles with a clear focal point, which leads to more intense news. But that is not all. Social media is a way of self-expression; you share some of your identity with friends to show who you are. The consequence is that news articles will try to increasingly appeal to your, for instance, political identity.

Annd that is how news becomes more intense and identity focused, which leads to more polarisation. The one leads to the other and the other way around.

When a population is polarised, the centre disappears, and a large groups of people choose a different side. There are not a lot of swing-voters. Because of this campaigning is – in contrast to for instance The Netherlands, where there are a lot of swing-voters –  primarily about mobilising your followers: making sure that your voters actually fill in the ballot. That was Obama’s strength. He knew like no other how to convince a part of the population who traditionally stayed home, that they should go cast their vote. The same goes for Trump. The opposite of Clinton. Trump especially focused on pointing out the horror of electing Clinton. This caused a lot of Americans to disapprove of Trump, but mostly, to despise Clinton. Like Klein phrases it: “you did not have to like Trump to vote against Clinton”.

But making sure your followers actually vote is not the only way of winning an election. Preventing the followers of your opponent to vote is also an alternative. It is not surprising that America has a notorious history of voter suppression. Millions of Americans, a majority of them belonging to a minority group, are systematically suppressed when it comes to voting. Everybody who still tries to cast their vote, will have to wait in line for hours.

Apart from America politics becoming less democratic, it also starts to become less decisive. Former presidents like L.B. Johnson implemented big reforms like the Civil Rights Act and the Economic Opportunity Act. But Obama did not achieve much more besides Obamacare.

Klein has an explanation. For a long time in American history, politics was not really competitive. One of the parties was dominant for a long period. For the losing party, the best way to still have influence was to make compromises and work together.  This reduced polarisation. Today, thing are different. Elections are truly competitive which means that the losing party always keeps an eye out for winning the next election. In addition, due to increasing polarisation, parties are ideologically divided. Working together with the other party is then discouraged. In fact: it becomes tempting to block everything the other party proposes. One method to do so is the infamous filibuster. This trump card has been around for a while but has become exponentially more popular since 2000. It allows the minority to de facto block a legislation act with just 41 votes. What happens when parties are being encouraged, while holding a minority, is to block everything the other proposes. A total paralysis of politics. No wonder that Republican Mitch McConnell likes to boast about blocking all of Obama’s plans.

It is clear that the current polarisation in America works like a ticking time bomb. Klein’s book shows how polarisation is spread around the whole country, and that it leads to a more tense society and an indecisive government.

Because polarisation is such a complex issue, it is hard to solve. Klein’s solutions are not really convincing and leave the reader with a rather pessimistic feeling. But there is hope. Elections are coming up. If the polls are right and Joe Biden wins, there is a chance that the country unites. He is known as a bipartisan politician who appeals to voters from both parties. It is questionable though if, given the current political climate, he will be able to implement his plans. Gaining a majority in the Senate – for which the Americans have to vote for on November 3rd as well  – would be a big step.

Photo by Brandon Mowinkel on Unsplash.