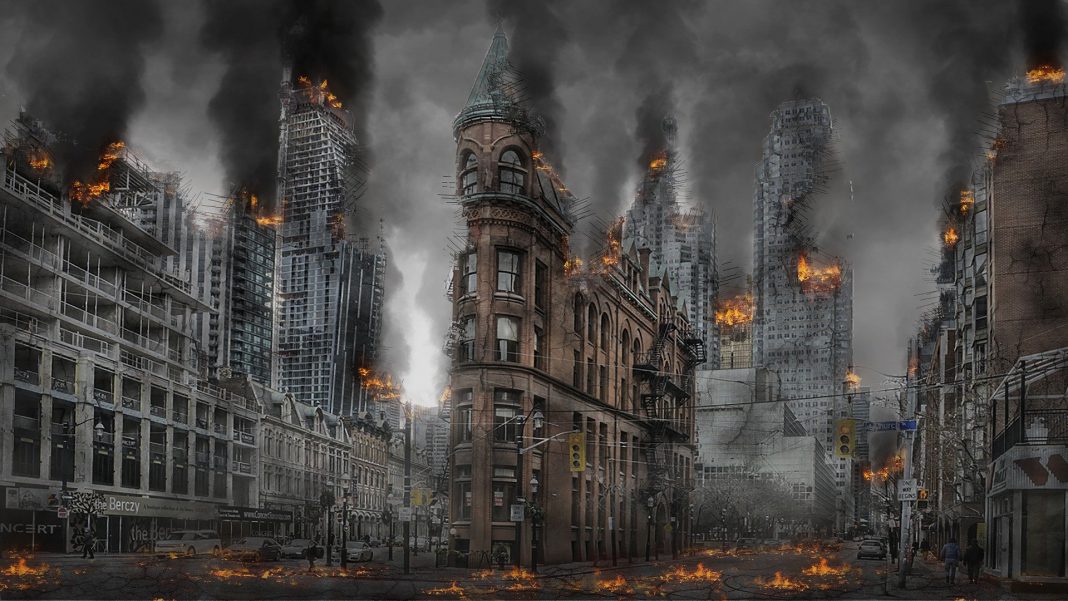 When considering the causes of climate change, one may think of overconsumption, greenhouse gasses or rising emissions… but not war. Instead, war is usually associated with hunger, fear, and chaos, but what about its effect on the environment?

During wartime, there is an increase in production among various industries such as manufacturing and agriculture, to keep up with the demands of war. This generally leads to more stress on the environment. Despite that and the general notion that war leads to devastation of infrastructure, wildlife, and nature reserves, it does not seem like governments are concerned with reducing their involvement in war as a way of tackling climate change.

A reason why war and the environment are not seen as directly correlated is the general impression that the world has been in a state of ‘long peace’, meaning that there has been an absence of large-scale inter-state wars and a decline in violence. Therefore, less attention has been given to the consequences of current wars, as they are not considered major.

If we were to look further into the long peace notion, we would see how ‘unpeaceful’ our world really is. In the present day, only eleven countries are not engaged in conflict, whether that be local, in the form of foreign intervention, or coalitions. This means that approximately 94% of countries are actively contributing to greater environmental damage through war. Ironically, governments and civilians alike are continuously taking measures to combat climate change whilst ignoring this major and devastating cause.

Another possible explanation for this illusion of long peace is the notable change in the nature of warfare. Our world – previously characterised by total warfare – has adopted a distinctive trend of limited warfare, making this absurd practice seem normative. Although war may not necessarily cross borders, globalisation and supranational authority have internationalised civil war, bringing proxy militias, foreign interventions and non-state actors into the picture. This is most evidently seen today in the Middle East. Whether it is in the Syrian Civil War or the Yemeni Civil War, foreign actors have played prominent roles in escalating the severity of the conflict resulting in casualties, pollution and mass destruction. With that in mind, wartime environmental damage has become a collective liability, as many parties have contributed to the destruction.

As for dealing with the environmental damage of war, there is a probable solution at hand. Rule 45 of the Geneva Convention explicitly states that “The use of methods or means of warfare that are intended, or may be expected, to cause widespread, long-term and severe damage to the natural environment is prohibited”. Although the Geneva Convention has been around since 1929, the starting point for addressing post-war damage was the Gulf War (1990-1991). It was the first time that compensation for wartime environmental damage was permitted under international law and hopefully not the last.

With climate change becoming a more pressing issue, we must address it from all angles, including the elaborate effects of war on the environment. In reality, we live in a Western-dominated world where policy is focused on solely on the issues that affect them. The West only views war from behind their screens, not understanding the long term effects that a war will have on the entirety of the world’s population. Therefore, we must recognise this issue and put pressure on our governments to minimise foreign intervention as the first step to preventing a humanitarian, and an environmental, crisis.

Image in header by ArtTower from Pixabay