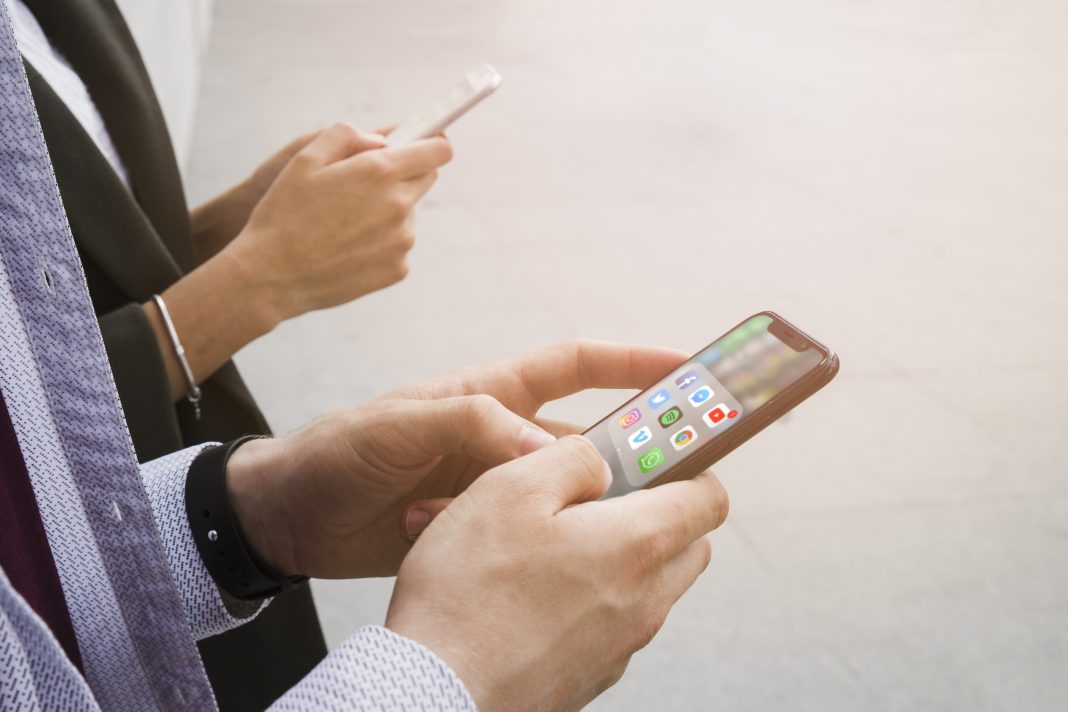 They are tracking virtually every aspect of your life. Your physical movements, personal relationships, phone call records, behaviours, and browsing histories. They have a complete digital and possibly physical profile of you. From your strokes on the keyboard, they’ve gleaned information about your sensitive personal behaviours and inclinations, such as your political and religious views, sexual orientation, educational level and occupation just to name a few. They know all about your physical and mental health, life satisfaction and your most frequent emotional state and likely medical history. In sum, they are aware of and constantly tracking your most private details.

No, I am not talking about an evil all-knowing government trying to exert complete control over its subjects. I am talking about dozens of apps on your phone to which you willingly – yet probably unknowingly – gave permission to monitor every aspect of your life. I am talking about the malware you most likely have on your laptop and smartphone which continuously scans and steals all your data.

Extensively vacuuming up all possible data about you, companies like Google, Facebook, Apple, Amazon and thousands of others have been exploiting you for their own purposes and to oftentimes sell the data to other companies. Using the apps and browser data to conduct bulk analysis about consumer behaviour they tailor ads so that you buy the most products possible. How it is mined and to whom they might sell that data remains largely unsupervised. Paradoxically, fearing the government has become the standard, while trading personal privacy for convenience when it comes to online activities.

In order to conduct online surveillance, most democratic governments are required to gain the approval of their special technical collection courts, in most cases for each and every individual being targeted, and need to have a valid legal justification to do so. In recent years, however, there have been a series of allegations against governments, driven primarily by Snowden’s leaks in 2013 of classified documents revealing alleged unlawful invasions of privacy by Western governments. Due to the ensuing public fury, many legal steps were taken by democratic countries to address these privacy concerns. For example, The USA’s Foreign Intelligence Surveillance Act (FISA) court implemented numerous restrictions on the use of data to address the public’s concerns. In the EU, member states must also abide by stringent newly enacted data protection laws.

But when it comes to private companies, much is still needed to be done.

While the US is lagging behind this sphere, the EU has taken important steps towards data protection by enacting strict laws and fining companies like Google billions of dollars for breaching privacy laws

I am not arguing that the situation is perfect when it comes to the protection of our personal data from governments. But in contrast to the private companies, we have much more power to do something about the governments, especially in Europe, if we believe those rights have been violated. The governments who enact and regulate our privacy laws are democratically elected and therefore must answer to us. They have faces, and they have names. They can be removed or voted out of the office. If the citizens feel like the entire legal systems do not protect their human rights, they can refer the cases to independent courts such as European Court of Human Rights, which recently occurred in the UK, putting its surveillance practices under scrutiny. When it comes to private companies, however, their CEOs cannot be impeached or voted out of the position and can more easily hide behind the legal small print in their contracts, signed and acknowledged by consumers who rarely read them, and company policies.

This might be one of the reasons why there is much more talk about evil governments spying on us. They are tangible – you can point at them, and they have long histories of trying to keep their citizens in line. In contrast, new technologies are evolving and advancing so quickly that it is oftentimes difficult to keep up.

We all want the latest iPhone, trendy social media app, online game, and frequently don’t truly understand what we’re giving up in terms of our personal information to have these.

The producers of these technologies market them in such a way that makes you feel that refusal to adopt them will lead to social isolation, backwardness, and not being trendy. You buy into the marketing strategy that these technologies encompass progress, they are the future, and your cost for joining is full compliance with their scheme (you probably wouldn’t want to be perceived like my father who, to the frustration of the entire family, needed months to figure out how to use Snapchat).

I fully recognize how much more special we would all feel if we thought that an entire team of trained spies was snooping around the internet, choosing to spend their limited manpower, resources and time specifically on us. You know, just like in the movies. That sounds way sexier than the fact that the government really just doesn’t care about you and your online activities – unless, of course, you’re planning a terrorist attack, running an organised crime syndicate or researching recipes for making meth and building a nuclear weapon in your basement. Sadly for us and all our illusions of personal grandeur, there is a much higher chance that Google is spying on you and using the data to get you to buy a new brand of tampons or shoes.

Acknowledging the truth of the above, however, puts a lot of responsibility back on the average citizens. If they wanted to regain a measure of their privacy, and let’s be honest, perhaps some don’t, they wouldn’t be able to focus solely on their allegedly all-powerful governments (that they elected), seeing them only in terms of Orwell’s 1984. They will be required to become more conscious consumers; for example, through the power of their buying choices they can determine what is in demand and can therefore help pave the path to a more transparent future.

Reviewing the terms and conditions of the downloaded apps, deleting the search histories and refusing to buy products with ambiguous small prints could be small but important steps towards that goal; I would urge us all to do just that.

That said, writing this reminds me that I should probably go review the settings on my Google account… I am sure somewhere in my browser history (and the thousands of cookies downloaded because of it) there is a reason why I’m still getting ads for My Little Pony backpacks almost a year after buying a plush unicorn online for my baby niece.