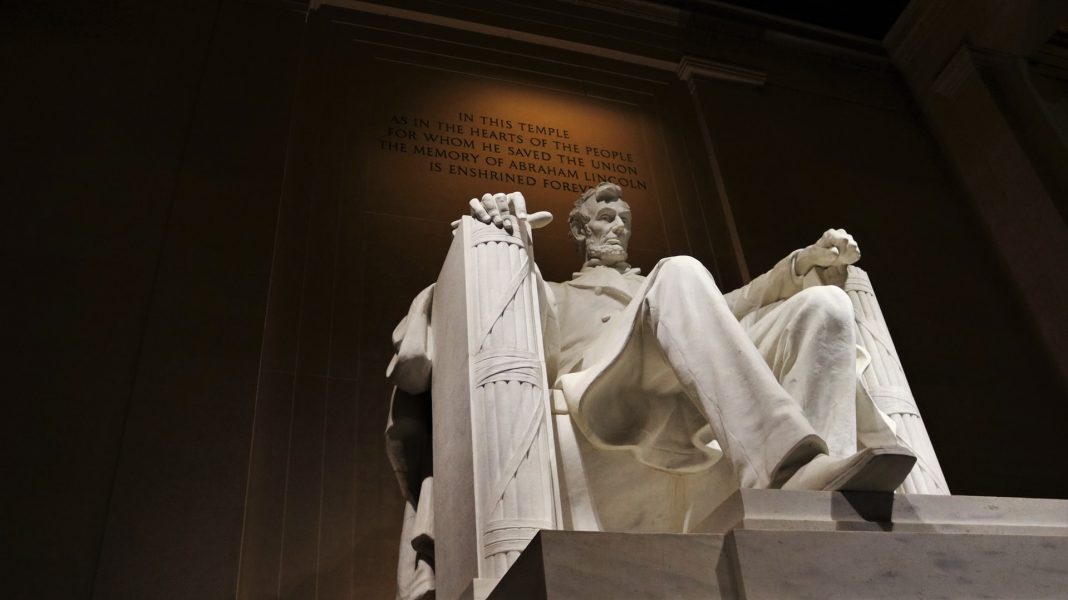 The Western world prides itself on being free, peaceful, equal, and progressive. Still, the West has plenty of flaws and should in no way be thought of as superior to other parts of the world; it is just a collection of countries grouped together for their shared ideologies and culture. During the Second World War, and especially throughout the Cold War, the United States of America have taken a leading role in this Western world. However, is the US still a country the rest of the West should look to? Or is the overturning of Roe v. Wade the latest proof we should acknowledge the US is not the promised land we want it to be?

With the excessive Western (news) media focus on the US, people around the world are especially aware of the polarisation and cultural tensions the US faces. Donald Trump, climate change, gun laws, LGBT rights, Donald Trump, voting rights, racial equality, gun laws and Donald Trump are among the main contenders for turning the United States into the Divided States. They all regularly feature in international media. The latest addition to that list: abortion rights.

There are two main factors at work with the overturning of Roe v. Wade, that both directly undermine the position of the US as a true Western nation. The first is the apparent step from a secular towards a more hard-line religious state. The second is the increasing erosion of judicial independence, and consequent weakening separation of powers, which is a symptom of a failing democracy. To be a part of the West, especially when wanting to take on a leading role, a nation must be reliable for its international partners, have a secure political system, be safe and equal for its citizens and be in line with the cultural direction the rest of the block is heading in.

When the Founding Fathers wrote their Constitution, they were heavily influenced by Montesquieu’s The Spirit of Laws, which included the need for separation of power with the Trias politica. In addition, Thomas Jefferson himself wrote about the need of “a wall of separation between church and state”. However, letting the executive and legislative powers have such great power over Supreme Court nominations is a fatal design flaw and means the highest body of the judicial power will always be a political agent, rather than independent like it should be. In addition, it is clear that many of the political leadership is (publicly) religious and sometimes use religion to justify certain laws, rules and traditions (do religious intolerance, limiting LGBT and women rights, corporal punishment and an obsession with modesty, prudery, and virtue, sound familiar to anyone?).

By overturning Roe vs. Wade, the US Supreme Court has once again played a major part in politics, where it really does not belong in a state that claims it has separation of power. However, the court also proved it does not behave like a democratic institution either: the decision to overturn Roe v. Wade does not reflect the will of the majority in any way. Pew Research Center and CBS News independently from each other found that 62% of Americans think abortion should be legal and Roe v. Wade should be upheld, while 38% disagreed. Leaders of many other Western nations have rightfully condemned the US for this move and explained that abortion rights are fundamental to women’s rights. Not protecting abortion is therefore a major step backwards in gender-equality.

There are, however, two additional aspects to the overturning of Roe v. Wade that are potentially even more dangerous prospects than the increasing politicisation of the Supreme Court. Firstly, the fact that Justices Gorsuch and Kavanaugh testified under oath that they believed Roe v. Wade was settled legal precedent and that such precedents were important, before being narrowly confirmed by the Senate. Both might not have been confirmed by moderate senators from both sides if those senators knew the justices would throw out Roe v. Wade so easily after all. Secondly, and perhaps most worryingly, Justice Clarence Thomas has asked to review Obergefell, Lawrence and Griswold, which legalised same-sex marriage, invalidated anti-sodomy laws and secured the right to contraception respectively.

Then there is the increasingly less secular nature of the US political system. Throughout the 1980s, one particular religious group of constituents aligned themselves very uniformly and vocally with the Republican conservatives: white evangelical Protestants. According to the Public Religion Research Institute, they make up (only) 20% of American Christians, but like the NRA, they have managed to heavily influence the direction the Republican party takes. It was also during the 1980s that the progressiveness of the US slowly started to make way for a more conservative direction.

With the arrival of Donald Trump, this group of generally hard-line conservative Christians have managed to bring their political influence to new heights and it is since then that LGBT and women’s rights have faced renewed challenges. To me it sometimes feels like they are on a cultural crusade, aiming to bring the US back to the Victorian era, when religion and outdated conceptions of virtue were supposedly leading society. Consequently, by trying to pass legislation in accordance with their idea of a decent society grounded in Christian values, the US is increasingly becoming a religious state, slowly building its own, Christian version of Sharia law.

It is important to note here that this effort contributes to a negative view on Christianity in other Western nations, and possibly in the US itself too, but the generalisation of Christianity and its political preferences is not necessarily justified. Taking the recent discussion about abortion rights as an example, Pew Research Center found that although 74% of white evangelical Protestants do believe abortion should be illegal, 60% of non-evangelical white Protestants, 65% of black Protestants and even 57% of Catholics think abortion should be legal. With only 20% of Christians being white evangelical Protestants, there are plenty of Christians who support the legality of abortion, if not a majority. This distinction is important to keep in mind, and at the same time it shows the current political direction the US is going in is not necessarily supported by a majority of its citizens.

We cannot deny, however, that the US as a whole is rapidly slipping away from the world of free, liberal nations the West claim to be. It is not just the increasing importance of religion to justify legislation, but many other aspects of the American culture that simply do not align with Western values. Do we really want a country that still happily imposes the death penalty, supports corporal punishment for minors, ruthlessly defends the right to own lethal weapons but where racial and gender equality as well as LGBT and women rights are anything but certain, to be our great example? Can any country really be considered “Western” if those basic securities and a functioning, secular democracy with an independent judiciary are not in place?

India and several Latin-American states have indicated within hours after Roe v. Wade was overturned that they fear similar anti-abortion movements in their own countries, as a result of the exemplary role the US has. We too should be careful not to continue blindly following the cultural developments in the US. Next time you are celebrating Halloween or Thanksgiving, ask yourself this: do you really want to be so influenced by the culture these traditions originate from? We have to stop seeing the US as a leading entity, as a cultural influence, or as a role model. The US has definitively shown it no longer really is a Western nation.

Image from Kelli Dougal on Unsplash