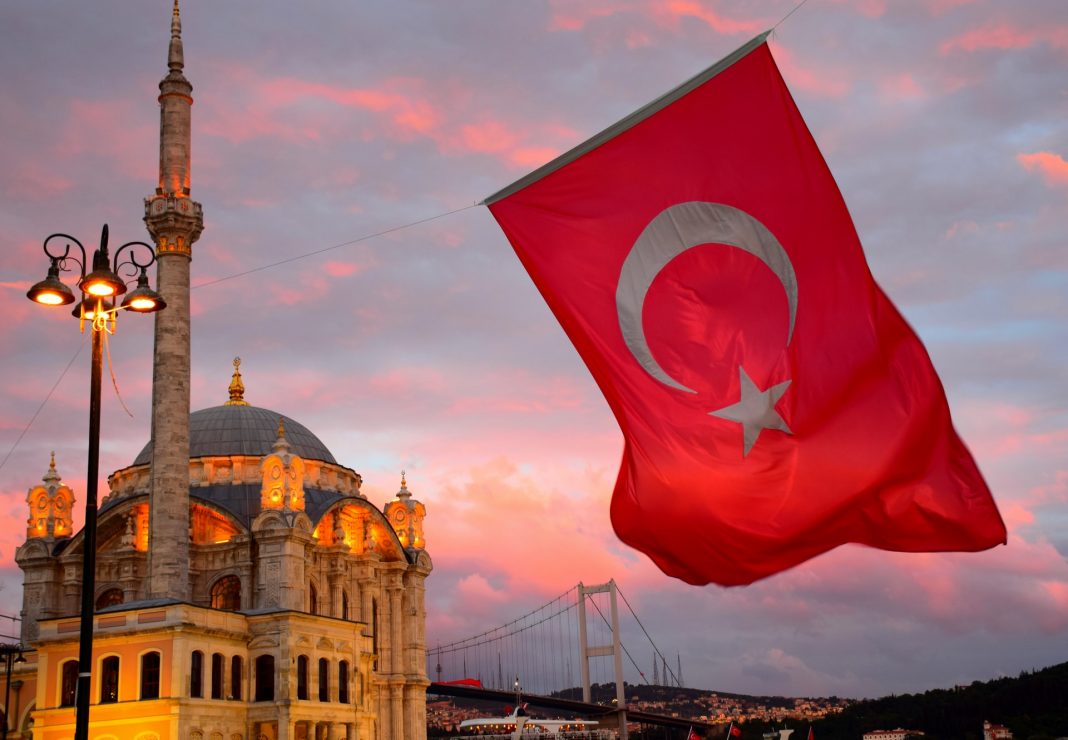 As spring slowly starts planting its seeds, in Turkey, something else is growing from the ground. Since the beginning of this year, a series of marches have been taking place, aimed at President Recep Tayyip Erdoğan Erdogan and his policies. Two main events have sparked outrage from the population. The forced appointment of Melih Bulu -an important figure in Erdoğan’s  Erdogan’s AKP party- as the new rector of one of Turkey’s prime universities, a. And the withdrawal of Turkey from an international treaty aimed at protecting women from domestic violence, whilst being the country with the highest femicide ratings of 2021. From those brave enough to protest, an alleged 600 have already been caught up in the webs of Turkey’s Judiciary system. How did Erdoğan Erdogan turn a country, which once was aspiring to become a member of the European Union (EU), into one suppressing the exact pillars upon which this union stands? A look at Turkey’s past is crucial in understanding the happenings of the present.

Mustafa Keamal Atatürk Ataturk (1881-1938) was known as the most influential personality in the Turkish nation’s structural transformation. Atatürk Ataturk was able to keep Turkey independent from direct control by WwWestern states due to his nationalist politics. This was accomplished by uniting the Turkish Muslim majority and effectively leading them in driving the invading powers out of what the Turkish National Movement regarded as the ‘Turkish land’.

Atatürk believed the nation’s development could be possible by approaching a new ideological orientation, namely the ‘New Secular Turkey’. In 1923, Atatürk’s People’s Party won the national elections and took over the governance of the newly proclaimed republic. The President adopted his first reform in 1924: secularization of the state by abolishing the caliphate and the Sultanate. This offered new opportunities at organizing bureaucracy, public administration and structure for the Kemalist Republic.

The secularization policy reform is idea was based on the fundamentals of Western ideologies: secularization and separation between Islam and the sovereignty of the republic. Traditional institutions, such as the ministry of the Shari’a, fatwa issuing bodies, or Sheikh-al-Islam were abolished, alongside adopting a new Western system of law, the Swiss Civil Code, which prohibited polygamy and allowed women to divorce. Still, Atatürk kept some of the traditional Islam rules, such as the one limiting Muslim women to only marry Muslim men.

The outcomes of the 2014 came as a surprise, when Erdoğan Erdogan became the country’s new president. Erdoğan Erdogan and Atatürk Ataturk are frequently portrayed as diametrically opposed characters, the election of Erdoğan might be seen as rather unique. From the early 20th century leader, whose ideas were very much inspired by Western developments, the new president claimed that he wanted nothing more but to bring old traditions back, and eliminate the division between the nation and the state.

Before being elected president, Erdoğan Erdogan served as mayor of Istanbul between 1994-1998. During this period, his imprisonment for allegedly threatening the secularism of Turkey is what stood out most of his time in mayorship. Despite ultimately serving 4 four months in prison, the occurrence also had prosperous consequences as it catapulted his popularity among many Turkish people. This popularity continued as Erdoğan Erdogan got elected prime minister in 2002, with his new party; the AKP  (Justice and Development Party). With the AKP, an openly anti-modern party, obtaining a single -majority, this election can be seen as Turkey’s turning point and definite goodbye to the course Atatürk Ataturk had once set for this country. In the first years of his rule, Erdoğan Erdogan seemingly aimed for membership of the European Union and, after pulling through multiple progressive reforms, in 2005, negotiation regarding entrance had started. However, due to insolvable disagreements, the negotiations got put on hold, and Erdoğan’s Erdogan’s European ambitions slowly dissolved.

Fast-forward to 2013, after governmental plans of building a mall on the grounds of the historic Gezi park, the final straw was drawn for many people already dissatisfied with the contemporary policies. As the first minor protests get met with police brutality. A burst of outrage flushes the country., n Now motivated by more than just the park -incident, an estimated +100.000 people in over 60 cities hit the road over the course of several weeks, predominantly confronted with heavy intolerance and aggression from the police and government. It is the harsh response Erdoğan Erdogan gave to these protesters, initially fighting for a symbolic cause, that which led to the realization amongst many that the government had taken on a different, more intolerant, course path. Another pivotal moment was the broadly reported coup of 2016. The coup was allegedly initiated by Fethullah Gülen -an opposition leader- but in fact upheld little public support, therefore representing a small possibility of succession. Speculations were made after the occurrences that Erdoğan Erdogan might use the event as a cornerstone to legitimize further accumulation of power. The prediction was right, and in 2017, Erdoğan Erdogan and his ever-ongoing leading party proposed a referendum regarding several great reforms of the political system, including a switch to a presidential “democracy” and giving the president direct power of making constitutional changes. With a questionable rate of 51,3% voting in favour of the proposal, the change was pushed through.

Since the referendum was held, Erdoğan Erdogan has shown no signs of changing his ways. In fact, some speculate that he is increasingly turning more authoritarian, d. Despite the future being a no-man’s-land for any precise allegations. Given the current status, and the attempts of the EU among others to bend the current Turkish regime, the reason for concern or special attention to the current happenings is not redundant.

A recent example of the national turmoil the current regime is creating is the protest of late March 2021. Women took the streets of Istanbul to protest against a new policy decision adopted by the President of Turkey: annulling a convention of the Council of Europe against “domestic violence and seeking to end legal impunity for perpetrators”. NGOs’ research shows that at least 300 women were murdered in 2020, generally by their husbands, and 171 more losses of women under suspicious circumstances.

The country is midway between two very different cultures, a dualism that throughout history has proven to fuel a very intense relationship. People see Turkey as “the East” if they live in Europe, and “the West” if they live in Asia. It is a country where secularism and Islam collide. Arguably the most important effect of this division is the social cleavage formed. Statistics prove that supporters of different political ideologies also live in completely separate neighbourhoods and cities. This geographic separation can prohibit healthy dialogue between citizens, endangering to threaten democratic premises, which is an issue that is yet to be tackled.

Nonetheless, Turkey will always be a cultural treasure, whose fingerprints can be seen in multiple nations. It has gone through many political systems, whose leaders’ drastic shifts of ideologies have not always been sustainable for the country. Social movements, NGOs and important civic figures are now deliberately supporting human rights in Turkey, with protests such as that of March 2021 being internationally acclaimed. There is nothing but optimism to view Turkey’s future, as the dawn is always set to rise in the East.

This article is written by Imke Bruining and Georgia Canura

Photo by Meg Jerrard on Unsplash