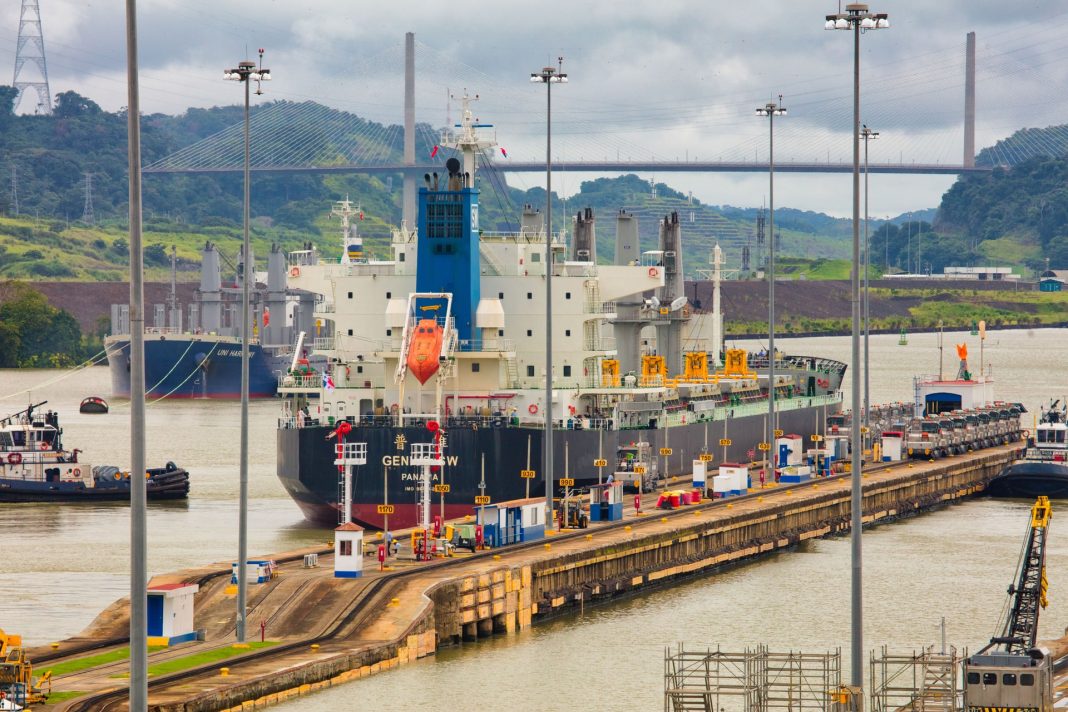 In the Netherlands, we love the United States. We recently watched their presidential elections in massive numbers, we watch their films and series and we eat their fast food. And with good reason; the elections were important for us and very exciting to watch and the films and series are addictive and entertaining (the culinary part is debatable). We may not always understand what they are doing, but we think we understand that the developments and trends in the US are important. In many countries, however, the picture of the US is less rosy. Where the US once showed its teeth, the country is often still viewed with suspicion. In Panama for example.

Panama’s history is short and defined by its dependence. After the country gained independence from Spain at the end of the nineteenth century, it decided to merge itself with its then powerful neighbour Colombia. A truly independent Panama did not emerge until 1903, mostly due to the involvement of the US. Economic interests played the main role in this development. President Roosevelt had set his eyes on the Panama Canal, a canal that would bring great economic benefits to the US. He took Panama away from Colombia through a US-funded uprising and established a puppet regime led by President Manuel Amador Guerrero. Shortly afterwards, the construction of the canal began and the first treaty regarding the regulation of the canal, the Hay-Bunau Varilla Treaty, was signed. The US obtained full rights to operate the canal and control both banks. The signing took place in Washington; the signatories were an American and a Frenchman (because of a previously unsuccessful attempt by the French to build the canal). The Panamanian population was involved in neither the negotiation nor the signing of the treaty. In the 50 years that followed, Panama remained a US-influenced country with an oligarchic power structure.

Quite a few decades later, in 1976, the English writer Graham Greene is invited to visit Panama. Greene is one of the most successful English novelists of the twentieth century. In his books, the foreign and foremostly Spanish influences and locations were often visible, such as in his most famous work Monsignor Quixote, a 20th-century adaption of the Spanish classic Don Quixote, or his detective novel Our Man in Havana, in which an in Havana residing Englishman provides fabricated intelligence to the English Secret Service. Greene’s reputation as a formidable writer and connoisseur of the Spanish-speaking world had apparently advanced as far as Panama. The personal invitation came from the country’s rulers, Omar Torrijos and José de Jesús Martínez, who had taken over the government eight years earlier after a coup d’état. After this seizure of power, Torrijos, often called by his nickname The General, had aborted the democratization processes that was initiated by the army by dissolving the parliament and banning three newspapers.

Panama had become an authoritarian state with a Marxist ideology, in which the new rulers had managed to limit America’s influence. The regulations regarding the canal, however, were unchanged. The tendency towards America had deteriorated in both Torrijos and the population of Panama; the continued foreign control of the canal was seen, more than 70 years later, as an outdated and colonial arrangement. The small student uprisings that grew out of this sense of injustice eventually led to a violent US intervention on January 9th, 1964, Día de Los Mártires, in which 20 Panamanians sadly died. It was that context in which Greene accepts the invitation and takes the plane to Panama City. In the years that follow, he writes the book Getting to Know The General about the friendships he makes in the country and the adventures he had.

Greene’s first experiences in the country are positive. During the tours throughout the country he gets from Martínez, in the book quickly referred to by his nickname Chuchu, he is surprised by the hustle and bustle of the country and its natural beauty. He sees the nationalized companies and learns about the political culture. He soon finds out that it would be unfair to view Panama through European and liberal eyes, because the population had different requirements from its politicians. Politicians had to be passionate and recognizable and above all else stand up for their country, thus fighting against American rule in Panama. How they got their position, democratically or through a coup d’état, matters less. It is that dynamism and passion that Greene saw in several Spanish-speaking countries and that attracted him as a writer. He summarizes this dynamic in the book’s introduction:

But why, my friend persisted in her question, this interest of mine of so many years in Spain and Latin America? Perhaps the answer lies in this: in those countries politics have seldom means a mere alternation between rival electoral parties but have been a matter of life and death.

Soon enough, Greene also gets to know Torrijos. Their first meeting is somewhat comical; Greene sees a man in a robe with messy hair, bare feet, and skittish eyes. A son of a schoolteacher who had run away from school himself and was educated at a military academy in San Salvador. A man who dislikes intellectuals and bureaucrats and is averse to any pretension. A man, too, who is very close to his people, knows the rituals and customs of his people, a populist. That is how Greene depicts The General. When the student uprisings broke out in 1964, Torrijos was still an officer in the army and saw how the National Guard of Panama did not dare to intervene, a consequential decision. This is why Torrijos is determined: the continued influence of the US must end quickly. He sees renewed potential in that ardent wish, partly because Jimmy Carter had become President of the US in 1976, and he pursued a softer foreign policy than his predecessor Gerald Ford. In addition, Carter wanted to re-establish relations with Latin American countries. 1977 is the year of truth for Torrijos:

‘If Carter does not restart the negotiations promptly, measures must be taken. The year 1977 is the year when our patience and their excuses will be exhausted’. He spoke as though Panama and the United States were equal powers, and in a way he believed it.

Torrijos partially gets what he wants. The agreement he closes with Carter in 1977 consists of two parts, both of which clearly show the intentions of both countries. The neutrality treaty establishes that the US retains the right to defend the channel when its neutrality is compromised. The canal treaty states that Panama will have full control of the canal and the banks, but only from 1999. Although perhaps for Panama a victory, Torrijos felt somewhat disappointed: the influence of the US would not disappear any time soon.

The plane crash of Omar Torrijos

Greene travelled to Panama a total of five times, always as a close friends of Torrijos and Martínez. He is present at the signing of the Carter-Torrijos treaty in Washington and as a result, he also got to know the (guerrilla) leaders of San Salvador and Nicaragua. Torrijos was influential not only in his negotiations with the US, but also in his support of other generals and rebels in Central America. After signing the treaty, he gets more and more ambitions; strengthening Panama’s position in central America, spreading his left-wing ideology and keeping the US in compliance with the treaty.

Until he suddenly dies in a plane crash in 1981. Greene describes the moment he heard about that crash in the foreword to Getting to Know the General:

In August 1981 my bag was packed for my fifth visit to Panama when the news came to me over the telephone of the death of General Omar Torrijos Herrera, my friend and host. The small plane in which he was flying to a house which he owned at Coclesito in the mountains of Panama had crashed, and there were no survivors. A few days later the voice of his security guard, Sergeant Chuchu, alies José de Jesús Martínez, ex-Professor of Marxist philosophy at Panama University, Professor of Mathematics and a poet, told me, ‘There was a bomb in the plane. I know there was a bomb in the plane, but I can’t tell you why over the telephone’

It is after his death that the story of Omar Torrijos really begins. Martínez is not alone in his suspicions surrounding the death of Torrijos. The CIA is said to have been involved in the accident. Initially, this seems like an improbable theory: why have Torrijos removed from the scene after making up the treaty? Thereby, Panama was never a real danger to the US, which is also evident in the agreements of the treaty. The US still had the upper hand in its relationship with Panama. It is, however, too easy to discount the suspicion as an unfunded conspiracy theory.

There are certainly indications of Torrijos’ assassination by the US. To examine these indications, it is necessary to look at another book, namely The Confessions of an Economic Hitman by John Perkins. In the 70s and 80s, Perkins was an important and at the same time anonymous consultant of the American NSA. His work consisted mainly of moving “development money” from the US to politicians in Third World countries, in exchange for US influence in the politics of those countries. His story is an aggregation of surprises; there was almost no major political event of the 20th century Perkins was not somehow involved in. The truth in this story is debatable. The American intelligence services, of course, denied all allegation. Perkins, like Martínez, claims that there was a bomb in the plane that killed Torrijos, placed by a CIA employee. Economic motives were, again, the driving factor here. Torrijos apparently negotiated with a couple of Japanese businessmen about the construction of a new, improved canal. The Americans did not appreciate this rapprochement of Torrijos to a third party. Torrijos’ successor, Manuel Noriega, is also said to be an informant for the CIA. It is doubtful whether the truth about Torrijos’ death will ever be fully cleared up.

There is much more to write about the political and economic involvement of the US in Panama and the legacy of Omar Torrijos – too much for this article. There is the American invasion in 1990 and the presidency of Torrijos’ son, Martín, at the beginning of this century. How people in Panama perceive the US is difficult to fathom. Despite all that has happened, the US remains the most influential geopolitical player in the region. The implicit hostility will probably always remain. Perhaps President Biden can work on that.

Photo by Ferdinand on Unsplash