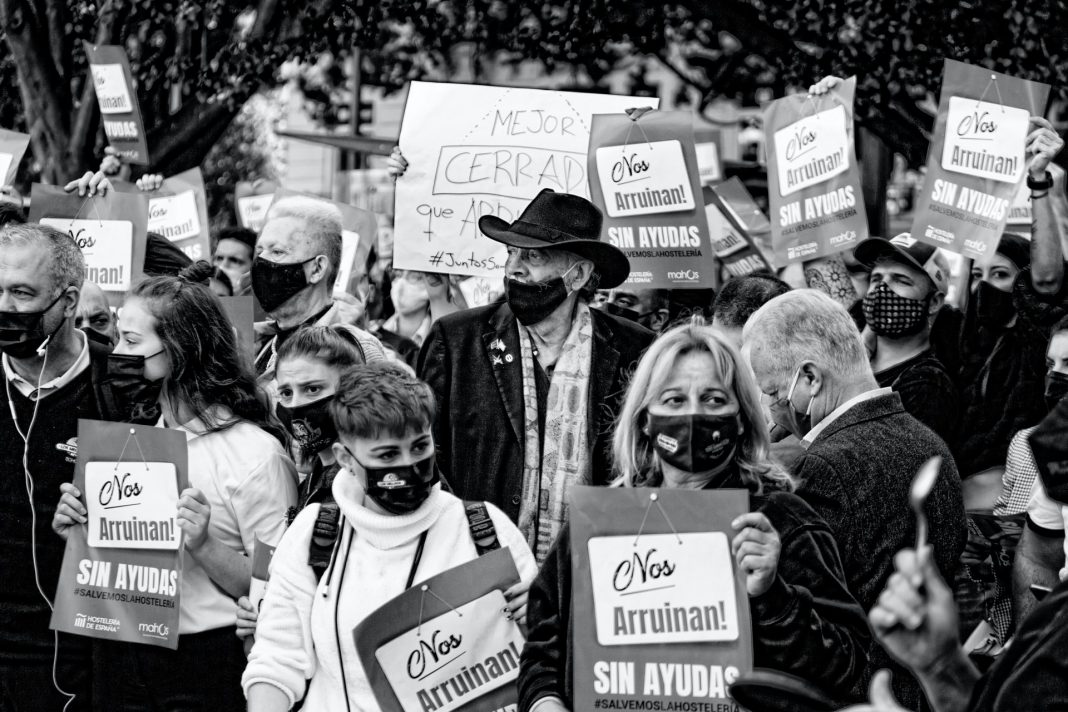 Feminist movements play a crucial role in promoting gender equality and protecting women’s rights within different parts of society. In South America, women have taken a submissive role since the pre-colonial ages. Indigenous myths provide a glimpse into the deeply rooted issue of gender inequality which is still an issue in contemporary South American societies.

The role of women as portrayed in indigenous tales

Indigenous tales are still being told in the playgrounds of many South American countries. Although they may seem like marvellous stories for children, they carry a rather dark undertone. Despite the differences among these stories, they are similar in the submissive role that the woman adopts in the plot.

In the culture of Mapuche – based in Argentina and Chile – women had quite an unusual role. On the one hand, women dominated the Machis profession which was a superior position of great power and influence in the medicinal and religious domain. On the other hand, tales such as  El hijo de los animales portray how society perceived women by casually beginning the story with a woman being raped and ending it with a girl relying on her love interest to save her.

In Bolivia, although women had enjoyed a certain level of respect, they remained subordinate to men as reflected in the legend of La leyenda del Guajojó. This tale tells the story of the daughter of a tribe leader’s forbidden love that ultimately led to her being turned into a bird, that continues to chirp the name of her lover to this day. Although this story teaches beauty and integrity, it also reveals this society’s view on women and the harsh consequences of ‘disobedience’.

The legend of Iara, which originated on the Banks of the Solimões in Brazil, follows the story of a young indigenous girl who is thrown into the river by her father and transforms into a mermaid. In her new form, she seduces men and then proceeds to drown them in the river. What makes this myth remarkable is the unique way that the woman is portrayed, as beautiful as well as independent, and ultimately stronger than her male counterparts. However, her power is derived from her sexuality instead of intelligence or strength, which are perceived as more valuable. This stance can be traced back to current Brazilian culture, in which women remain extremely sexualized.

The arrival of the colonizers: the gender gap widens

With the arrival of the Spanish and Portuguese colonizers, gender biases gained even greater prominence in South American societies. By using their goal of spreading the message of Christ to justify their actions, missionaries were able to play a huge part in the reorganization of the continent. Religion, which was strongly intertwined with politics, converted the indigenous tales and morals into law, further widening the gender gap.

The emergence of feminist movements in the 20th century

Considering the diverse cultural aspects and traditions regarding women that have taken place since the pre-colonial era, feminist movements had become a tool used for changing the submissive role of women. The movements were central to improving gender equality and socio-political rights for women. Issues related to femicide, unequal wages, lack of equal educational and professional opportunities and reproductive rights, have received attention from many movements. Feminist movements have created the path for women to express themselves in the political sphere.

Throughout the 1960s, 1970s and 1980s, several South American countries suffered from the abuse of power and oppression of military dictatorships. Numerous human rights violations such as torture, lack of freedom of speech and disappearance of civilians have become part of a shared history of this obscure period in South America. The Abuelas de Plaza de Mayo movement in Argentina illustrated how women had united under the symbol of motherhood, strongly advocating for the rights of their children who were taken by the regime. To this day, this movement still advocates against such violations.

In Bolivia, the Housewives Committee also demonstrated how women had become politically organized during a period of repression to protect their fundamental rights. They had risked being imprisoned, or even killed by the regime. More remarkably was the 1978 hunger strike, started by four Bolivian women from the Committee against the oppressive leadership of Hugo Banzer. They mobilized more than 1.200 individuals who joined the strike and achieved general amnesty for political prisoners in Bolivia.

In Brazil, women had also suffered from their regime’s violence and had played an important role in the resistance movement against the military regime. After the end of the military dictatorship in the 1980s, the feminist movement regained popularity through artists such as Rita Lee. Her songs about female sexuality and traditional gender roles hit the charts and left even the most conservative individuals nodding along to the rhythm.

Nowadays, feminist movements in Brazil have been strengthened and used as a channel for criticism against the current government and violence against women, which remains prominent in the country. As in other South American countries such as Chile and Argentina, the song Un violador en su camino has become a symbol of the movement against gender inequality, exposing the injustices related to femicide in the country.

In Bolivia, feminist movements have been a central tool in criticizing the rule of Evo Morales who had failed to implement sufficient healthcare policies and promote better maternity rights for Bolivian women throughout his three presidential terms. María Galindo, one of the pillars in Bolivian feminism, had considered Jeanine Anez, the appointed ceremonial president in 2019, as a setback for women’s rights in the country. This came as a result of the conservative values promoted by the President as well as the criticisms against indigenous groups, which pose a threat to the rights of many. This year, Jenine Anez resigned from the presidential race, which reflected popular pressure and the current dynamics of the Bolivian political landscape. Hence, the feminist movement remains a central tool for criticizing the government and reducing the gender gap in the country.

In Argentina, the current feminist movement is a central mechanism in demanding reproductive rights in the country, which is aligned with other movements in Chile and Brazil. The newly elected president, Alberto Fernández, promised to take the bill on the legalization of abortion to Congress in an attempt to change current legislation. As it has become known, the Green Wave has mobilized thousands of women to protest for such rights, which has become a symbol of women empowerment in the country. Although the law proposal failed in 2018, the feminist movement has been strengthened by this mobilization and the issue has become even more pressing than before.

What comes next for women in South America?

When taking these movements together, feminism is now, more than ever before, significant for the fight against gender discrimination. By sharing the common burden of violence, femicide and lack of equal opportunities, South American women have become united through a sense of sisterhood which has, in turn, strengthened the different feminist movements across the continent. Whatever the future may hold, feminist movements remain crucial in the fight for gender equality in South America.

This article is written by Imke Bruining and Luiza Toledo

Photo by Quino Al on Unsplash