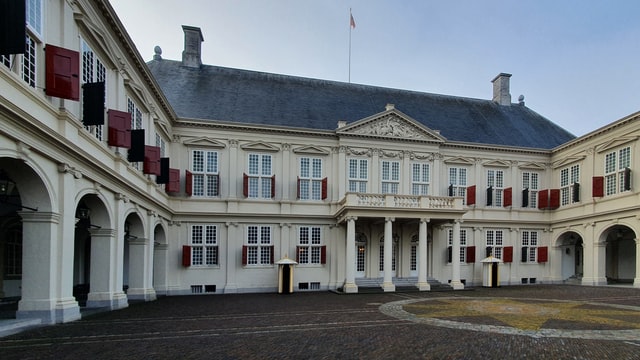 A leader beyond ceremony

The modern role of a monarch does not involve leading medieval battles on horseback or leading the government with absolute authority. No, for most European monarchs their once central role in the state has been diluted down to one of mostly ceremonial significance. Yet, in this day and age, royal women no longer have to be defined by their position within a dynastical family. Their influence helps bring attention to public causes both at home and abroad, and their work benefits millions. Of the 10 monarchies in Europe, the House of Windsor is the most well-known globally. When one is asked to name a monarch, Queen Elizabeth II of the United Kingdom is almost synonymous. This is no surprise with 70 years on the throne, most people alive today have never known another British monarch. Yet, the work of Queen Máxima of the Netherlands has had a direct impact on the lives of millions of women around the world even when it goes unnoticed by the international press.

To understand what influences the work of the Queen today, it helps to know where her career started. Before becoming Queen of the Netherlands, Máxima Zorreguieta was by all measures highly successful in the world of finance. Rising to the position of vice-president in several large financial institutions, the Queen started her career in her native Argentina before moving to New York and ultimately Brussels. She worked in the financial industry to develop strategies for emerging markets and digitalization of financial instruments. Were these the Queen’s only accolades one would describe her as a leader who had the influence to change the lives of many people. But as fate would have it, while working in New York she met the then Prince Willem-Alexander of Orange-Nassau (Now King of the Netherlands). It would not have been a surprise to many if after marrying the Prince in 2002 she would conclude her working career and turn to representing the crown both at home and abroad. But in many ways, her new public role only contributed to her career in finance. Only now she served the interest of the common good.

Becoming queen made her one of the most influential people in the Netherlands, but came with an important set of responsibilities within the state. The Queen is a member of the Council of State which advises the government on legislation and although the Monarchy does not have direct control over the government, the Council of State is an important body through which the Queen has been able to influence legislation in the interest of the Dutch people. The formal functions of state which came with her position as Queen do not represent the whole of the Queen’s work.

Where the Queen is able to serve a more direct public role is through her work with the Oranje Fonds, a fund granted by the Dutch people to the Royal couple upon their marriage in 2002. The charity is the largest in the Kingdom working on social welfare and has existed since WWII (as the Juliana Welzijn Fonds until it merged with the Oranje Fonds in 2002).

Under the leadership of the Queen, the Oranje Fonds has launched social programs across the Kingdom, focusing on key areas such as integration in a multicultural society, youth community involvement, and promoting the work of leaders in the social welfare space. Granting organizations millions of euros a year, the Oranje Fonds has become an important part of the Monarchy’s and the Queen’s work for the Dutch people.

Building on her early career in finance, the Queen has also been a patron for financial education and personal financial management in the Netherlands. Supporting and promoting organizations like the Money Wise Platform and SchuldenlabNL, the Queen’s work with these organizations has had an important role in the promotion of a better financially educated youth and helped people get out of debt and debt-related problems. The Queen’s work has become all the more influential since the breaking of the Child-benefit scandal exposing the bureaucratic labyrinth which has been detrimental to Dutch families.

As Queen, she represents the interests of all Dutch Citizens but through her work the Queen has focused especially on women. From 2003 to 2005 the Queen was a member of the committee supporting ethnic minority women which supported local governments with the integration of ethnic minority women in society. From 2005 to 2012 the Queen would continue her work on diversity and participation at the Free University of Amsterdam working alongside academics.

The Queen’s work domestically has centered around key themes of social welfare and has impacted many in the Netherlands. Yet the Queen has played an important role on the international stage too, where her work on finance and inclusion has impacted millions.

The Queen’s work with the United Nations has had a massive global impact in developing countries and especially for the women in those countries. Since 2009, the Queen has served as the Secretary-general’s special advocate for inclusive finance for development, where the Queen works to advocate for safe and affordable access to financial instruments. Working with the G20, World Bank, World Economic Forum, and national leaders from around the world, the Queen is a central voice on the international stage for inclusive finance. In her efforts to support the Sustainable Development Goals, the Queen’s work has contributed to 1.7 billion people gaining access to financial services since 2011.

Moreover, the Queen has been a strong advocate for the financial inclusion of women and micro-financing of small businesses. Conducting more than 1,000 bilateral meetings on behalf of her UN office, the Queen’s work sheds a light on the disparities between developed and developing countries. Access to financial instruments and micro-financing may not only improve the economy of developing countries but is also a key element in uplifting women within society.

Her official functions as Queen of the Netherlands are only a small part of the work done by the Queen. The balance between monarchical duties of state and public functions on behalf of the UN is one that needs to be constantly maintained. By no means democratically elected, the Queen serves her role as a public servant out of her own interest which may contribute to her popularity.

The medieval battlegrounds where one monarch led an army against another may well be lost to the history books, but modern-day monarchs still have significant leadership potential. Far from being a ceremonial leader, Queen Máxima of the Netherlands has shaped her ceremonial influence into a force of change. Working for the United Nations on the international stage and with organizations in the Netherlands, the Queen is not only a Monarch but also a true voice of leadership.

Image by Marjoline Delahaye on Unsplash