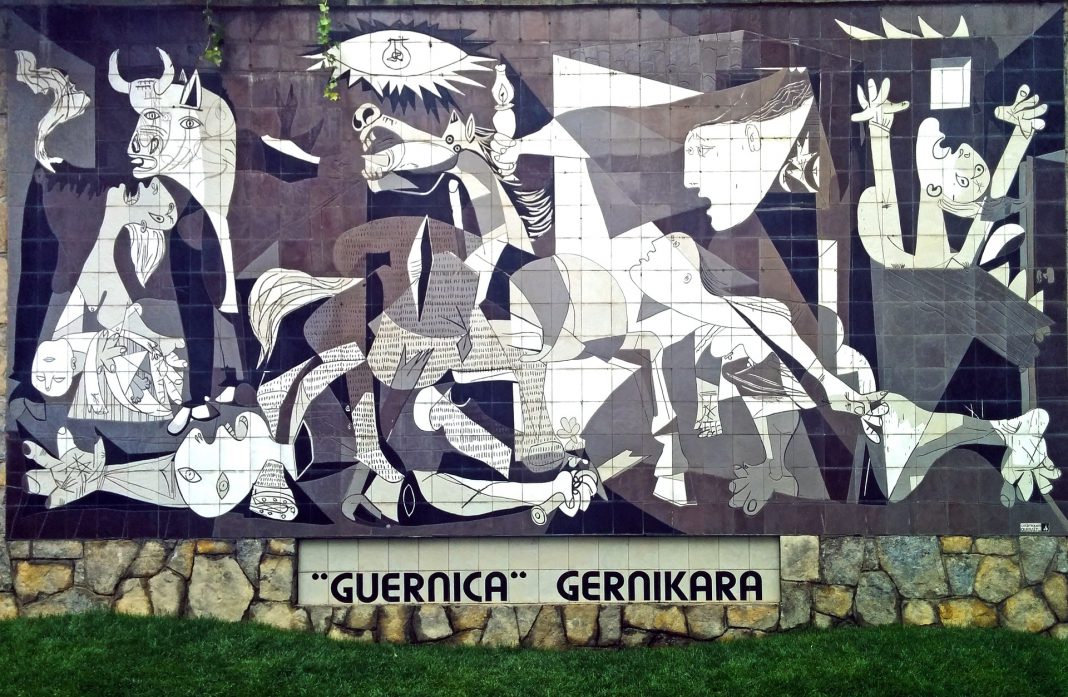 Can we distinguish the art from the artist who makes it? When we get to know the political affiliations, lives and controversies of the artists we admire, our perception of their work might change. It is an issue with both ancient and contemporary protagonists: can the music of Michael Jackson be separated from the persona Michael Jackson? Is revolutionary moviemaker Leni Riefenstahl less revolutionary due to her Nazi employers? Unanswerable questions for some and not a question at all for others. When both the art and the artist get political, the distinction gets even foggier. Such as in the case of renowned painter Pablo Picasso: multimillionaire and communist.

It is challenging to pinpoint the exact moment Picasso acquired his fame. Among the fellow artists he lived with in Paris in the beginning of the twentieth century this moment can be traced back to his cubist period. His revolutionary three-dimensional canvasses introduced a novel manner of both painting and evaluating a painting. It was in 1937, however, that Picasso made his biggest and most politically influential work, a painting that made him world famous: the Guernica. It shows an obliterated scene of fear, anger, loss and hope in a gloomy black, white and grey. A realistic depiction of the situation in the Spanish village of Guernica after it was bombed by a coalition of three fascist dictators: Franco, Hitler and Mussolini.

The painting showed Picassos political engagement in a time it was the most necessary. His home country Spain was in the midst of a civil war and the shadow of the Second World War was looming over Europe. Even though the Guernica was a gift to the Spanish Republicans, it created various commercial opportunities for Picasso to display his work and acquire new buyers of his art. A Picasso painting became a precious possession for elites all over the world, elites with tremendous amount of wealth. Hence it was in the pre-war period of the late 1930s that Picasso became the richest painter of the twentieth century.

His decision to become a member of the French communist party in 1944 was therefore a mild shock for some of his entourage. How could such a wealthy and talented painter with no former political affiliation sacrifice his artistic independence and reputation for a membership of such an outspoken political movement? The answer lies partly in Picasso’s own views on arts and politics, uttering that an artist is inherently a political being, obliged to observe and react to what is happening around them. His art can thus be seen as both a political extension of himself and a tool to achieve political objectives, or in his own words:

‘No, painting is not made to decorate apartments. It’s an offensive and defensive weapon against the enemy.’

It might be said that is was a convenient and low-consequential decision to join the communists in the situation Picasso found himself in: safe in his Paris hometown without any financial restrains. For Picasso, however, choosing sides was an inevitable decision. Can we distinguish the art from the artist who makes it? Picasso would label it a ludicrous suggestion.