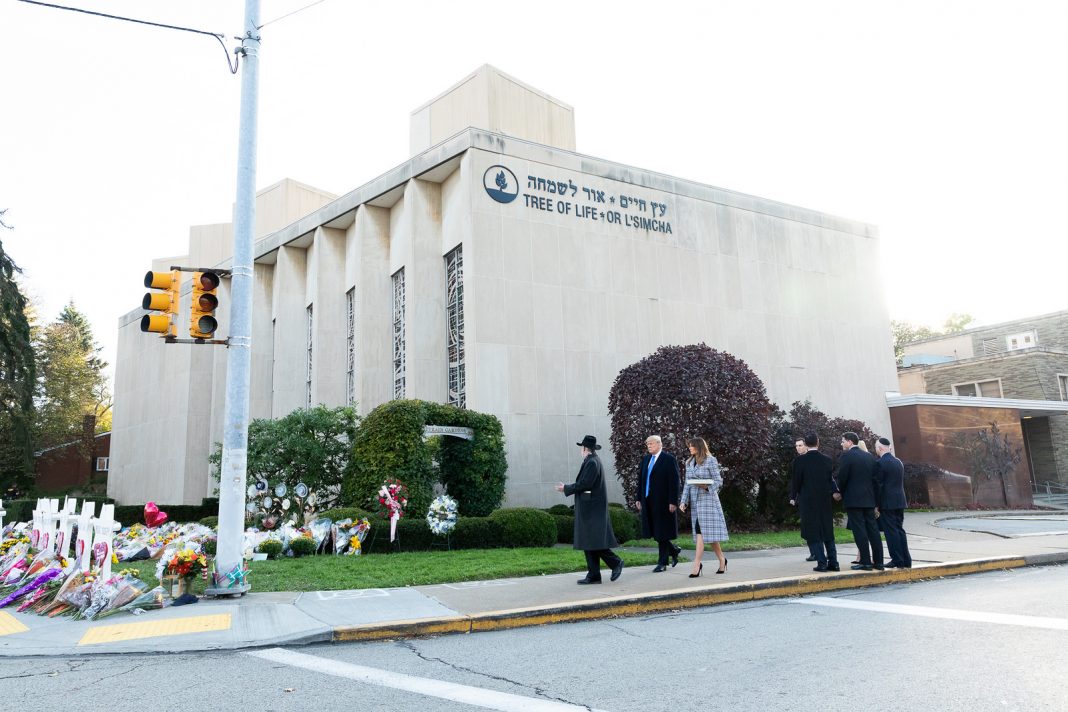 The United States has been hit by two grave incidents that could be considered domestic terrorist acts (linked to far-right extremism) and that are occurring more frequently. Quartz reports that an analysis conducted by the Global Terrorism Databasenoted a sharp increase in the share of attacks perpetrated by right-wing extremists from 6% in the 2000s to 35% in the 2010s. The number of terrorist incidents also increased from 6% in the previous decade to 65% in 2017. The electorate is strongly divided in terms of the approaches necessary to solve any pressing matters which, in turn, translates into an overall political stalemate. Three factors influence the current dynamic of the state of affairs: the polarisation of the American electorate, the impact of Donald Trump’s presidency and the far-right movement. The role of each factor needs to be understood in order to conceive any sort of solution to the current divisions.﻿

Donald Trump’s presidential campaign was marked by a divisive and polarising tone that has persisted, and in some ways, expanded after winning the election since a number of his campaign promises (e.g. the Travel ban) have materialised or are influencing his proposed policies. His statements, regardless of the communication medium, have stoked a retreat into partisanship rather than unifying the public and determining to find common ground to problems facing the public. They also disregard basic facts and distort the truth to further an agenda based on partisan support. The Washington Post estimates that Trump has made over 4713 false or misleading statements since assuming the presidency. Another effect of the current political discourse is the countless incidents that highlight an emboldened minority of supporters that exhibit antagonistic behaviours in public. Some of them can even take a deadly turn as in the case of the recent two incidents perpetrated by persons with far-right views. The deadly hate-crime in Pittsburgh and the string of mail bombs demand a strong delimitation from the far-right, but what is instead happening is a normalisation of far-right views enabled by a lack of firm condemnation and spread of far-right talking points.

The polarisation of the political landscape

Polarisation continues to be a worsening phenomenon with no current end in sight, exacerbated by the dispersion of fake news and the emergence of echo chambers. This trend is evident in significant discrepancies with regards to controversial political issues. The confirmation of Brett Kavanaugh and the overwhelming Republican electoral support of Roy Moore who faced allegations of sexual misconduct confirm a partisan divide. What is concerning in the partisan divisions is the blurring of any sort of accountability or checks from the Republican electorate but also a blank support without any critical insight into the decision-making process. In terms of popular support, Donald Trump maintains a high approval rating among Republican voters in contrast with strong disapproval from Independents and Democrats. According to the latest polling by Gallup, 89% of Republicans approve of Donald Trump’s job as president compared to only 37% of Independents and 6% of Democrats. The high approval rating raises the issue of accountability, a trait that is not present as Donald Trump continues to test the limits of the system of checks and balances through his rhetoric and uncompromising decisions.

The rise of the far-right/alt-right

Robert Bowers, the suspect in the synagogue shooting, expressed extremist views on Gab, a favoured platform of the alt-right movement. Cesar Sayoc was a fervent supporter of Donald Trump. Both of them represent two exponents of the alt-right movement and cases of radicalised political beliefs. Such events require a closer look at how the Trump presidential campaign energised the far-right movement and provided them, indirectly, a platform. Despite the fact that representatives of the far-right movement are not effectively present in any political office, a more underlying trend is present: the nomination of far-right candidates. Another underlying issue is the propagation of radical views in the mainstream political forum and their adoption in various political campaigns. What is problematic is the approach employed by Trump in addressing cases of attacks perpetrated by radicalised individuals: it does not necessarily admonish or reject root causes of the radicalisation. For instance, his response to the “Unite the Right” march drew strong rebuke due to an unconvincing condemnation of the far-right activists that was more reminiscent of an ambivalence towards the far-right movement and the benefit of the doubt.

One needs to address the political vacuum of responsibility in order to tackle the current polarisation of the US electorate and the radicalisation of some individuals. At the moment, the urgency for action falls on Donald Trump’s shoulders.