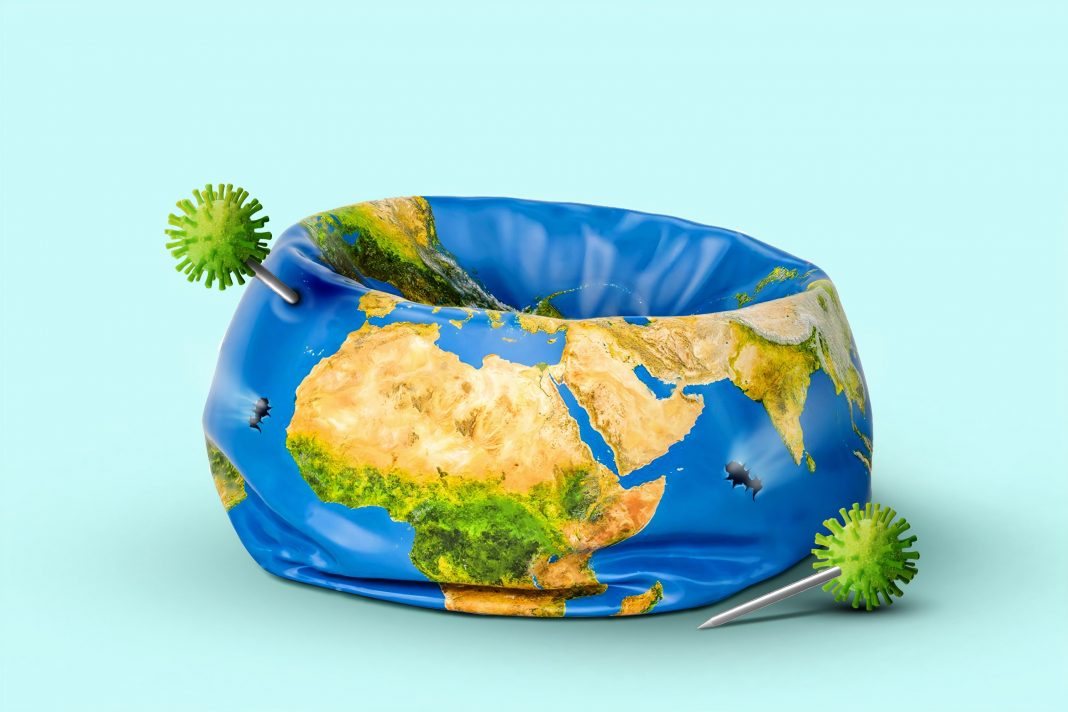 As COVID-19 rapidly spread across the world in the early months of 2020, we all have had to adapt to a new lifestyle that some dare to call ‘the new normal’. While this pandemic may have its psychological and financial challenges, there is no denying that it has magnified underlying inequalities within society and across countries. A pandemic labelled as ‘the great equaliser’ has undeniably generated greater socio-economic and political inequalities, making it difficult to continue overlooking the problem.

Vulnerabilities of all kinds have been uncovered during this pandemic. It might be worth asking yourself, is this the first time you find yourself confined in your own home, possibly under lockdown? Is this the first time you face a crisis such as this one? If your answer is yes, then that alone leaves you in a position of privilege. As for those who answer ‘no’, they are already at a disadvantage before the outbreak even begins. Conflict-affecte​d populations fit into this category, where having limited access to healthcare and essential supplies could cause the spread of disease to be disastrous. Although the UN Secretary General has called for a global cease fire, there is little that can be done even if conflict comes to a halt. With conflict comes destruction of infrastructure, healthcare systems and the delivery of basic services such as water and electricity. Conflict creates instability, making it all the more difficult to secure food and a steady job. Certainly, it would be difficult to ‘stay at home’ when a home and a family is not equipped with basic necessities. This alone leaves conflict-affected populations more vulnerable to COVID-19 and its aftermath.

From vulnerable groups in healthcare to families struggling to cover the cost of basic needs such as food and shelter, there is no point in denying that poor communities are more likely to be affected by this pandemic. Whether it is due to higher susceptibility to economic hardships or living in close quarters. For example, in the US, African-America​ n communities have been hit the hardest, reaffirming the problem of systemic inequalities between Blacks and Whites in the United States. According to various global​ media outlets and research reports, black communities have accounted​ for a higher percentage of cases as well as a higher death toll. They are more likely to live in viral hotspots and witness higher job loss than other communities. A virus that knows no race, religion or social status still seems to affect certain groups more than others.

While the vulnerable suffer, the privileged protest. In the last couple of weeks, we have witnessed a wave of ‘anti-lockdown​ ’ protests/demonstrations predominantly in the Western world calling for the government to reopen the economy and allow life to resume back to normal. While people fear the looming economic crisis, such protests might paradoxically prolong the strict measures to combat the invisible enemy. While these citizens vouch for human rights and condemn strict measures taken by governments, they seem to have forgotten that without taking certain measures for the time being, the healthcare system – in most countries – would collapse if the outbreak is not quickly controlled by the government, which is what most countries attempted to do. In such individualistic societies, citizens should consider sacrificing their individual rights temporarily, free movement and freedom of assembly, for the collective benefit of protecting the most vulnerable and reducing the long term impact on the healthcare system and the economy.

As the greater inequalities that have stemmed from COVID-19 have become increasingly undeniable, we must take steps towards living in a socially responsible manner. As individuals, we can begin tackling the issue at hand by volunteering, donating and supporting our local communities. Acknowledging the privilege we hold is the first step towards bridging the inequalities within our societies.

Image in header by morning-brew on Unsplash.com