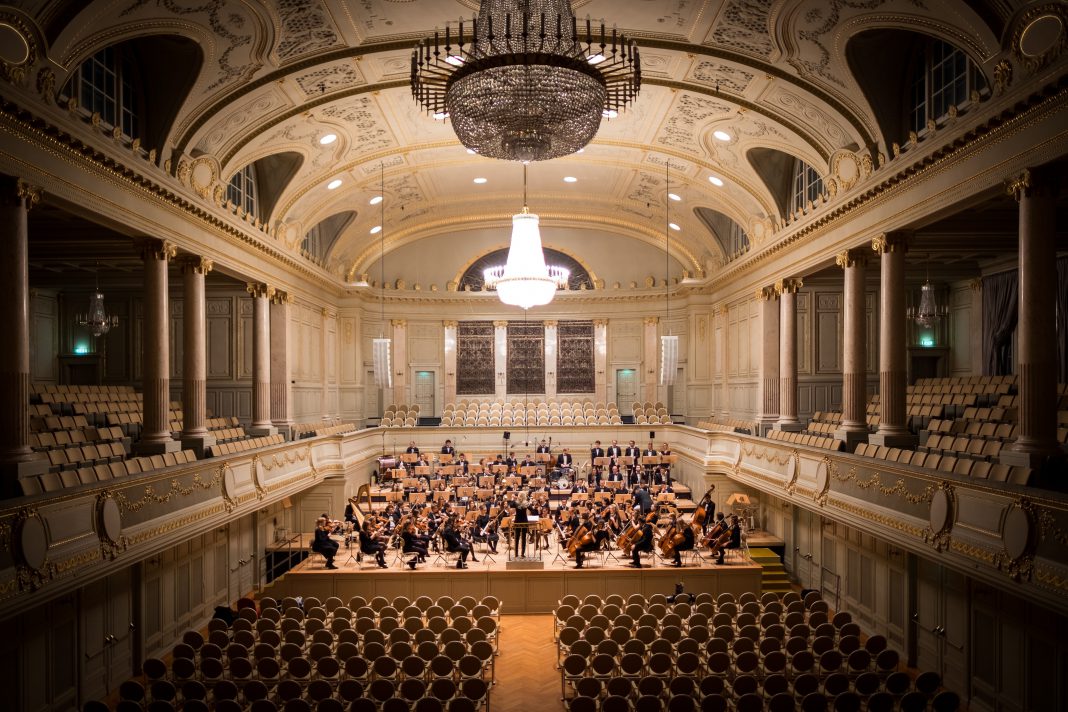 Daniel Barenboim is an acclaimed Argentine-Israeli pianist and conductor of several leading orchestras, including the Vienna Philharmonic, Chicago Symphony Orchestra, and Staatskapelle Berlin. Having made his musical debut in 1950, this year marks Barenboim’s 70-year-anniversary as a rockstar in the world of classical music.  But Barenboim’s baton is not merely a tool for stirring up symphonic magic; it is also a weapon of political activism. A vocal critic of the Israeli occupation of Palestine, Barenboim raised heated controversy when he defied an informal Israeli ban on Wagner (an anti-Semite and Hitler’s favourite composer) by conducting Tristan und Isolde in Jerusalem.  And after conducting concerts in Gaza and the West Bank, Barenboim was the first Israeli to be granted Palestinian citizenship.

Meanwhile, on the other side of the Israeli-Arab divide sat Edward Said, an esteemed Palestinian-American scholar, public intellectual, and literary critic.  Educated at Princeton and Harvard, Said was a professor at Columbia until he passed away in 2003.  Known for his pivotal work, Orientalism (1978), Said paved the way for novel academic discourse on Eurocentrism by applying a post-structural critique to Western scholarship of the East.  Indeed, Orientalism became a foundational text in the field of post-colonial studies.  In addition to his outstanding intellectual propensities, Said was an accomplished pianist and opera critic and wrote several books on music.

In 1999, the West-Eastern Divan Orchestra was borne out of the friendship between these two larger-than-life men, with the goal of fostering cross-cultural dialogue and exchange between Israelis, Arabs, Jews, Muslims, and Christians.  Composed of young musicians from Israel, Palestine, Lebanon, Syria, Jordan, Egypt, Iran, and Spain, the orchestra promotes peace and collaboration through the universal language which knows no bounds – music.  In Barenboim’s words:

“The Divan was conceived as a project against ignorance.  A project [promoting] the fact that it is absolutely essential for people to get to know the other, to understand what the other thinks and feels, without necessarily agreeing with it.  I’m not trying to convert the Arab members of the Divan to the Israeli point of view … [or] to convince the Israelis to the Arab point of view. But I want to … create a platform where the two sides can disagree and not resort to knives.”

The West-Eastern Divan Orchestra has performed at the most prestigious venues in the world, including the BBC Proms at Royal Albert Hall in London, Carnegie Hall in New York City, and La Scala in Milano.  But importantly, since its inception, the Divan has strived to perform in every country represented by its musicians. Concerts from Rabat to Abu Dhabi culminated in a landmark performance in Ramallah, the West Bank – a testament that music can supersede division and strife.

The orchestra maintains a special relationship with the United Nations.  In 2006, it performed at the UN General Assembly in New York, in honour of then UN Secretary General Kofi Annan, and again at the UN Headquarters in Geneva in 2015.  In 2007, UN Secretary General Ban Ki-Moon designated Barenboim as a UN Messenger of Peace.  And in 2016, he proclaimed the West-Eastern Divan Orchestra as a UN Global Advocate for Cultural Understanding, in recognition of its role in promoting peace and unity.

Unfortunately, a quick glance at the Middle East today suggests that politics is not yet ready for the Divan.  The Divan is still far ahead of its time.  And yet, over the course of two decades, the orchestra has repeatedly demonstrated that hate and prejudice can be overcome through open dialogue and conscious listening.  In one of the greatest conflicts of our time, the West-Eastern Divan Orchestra has demonstrated that the conductor’s baton is mightier than the sword.