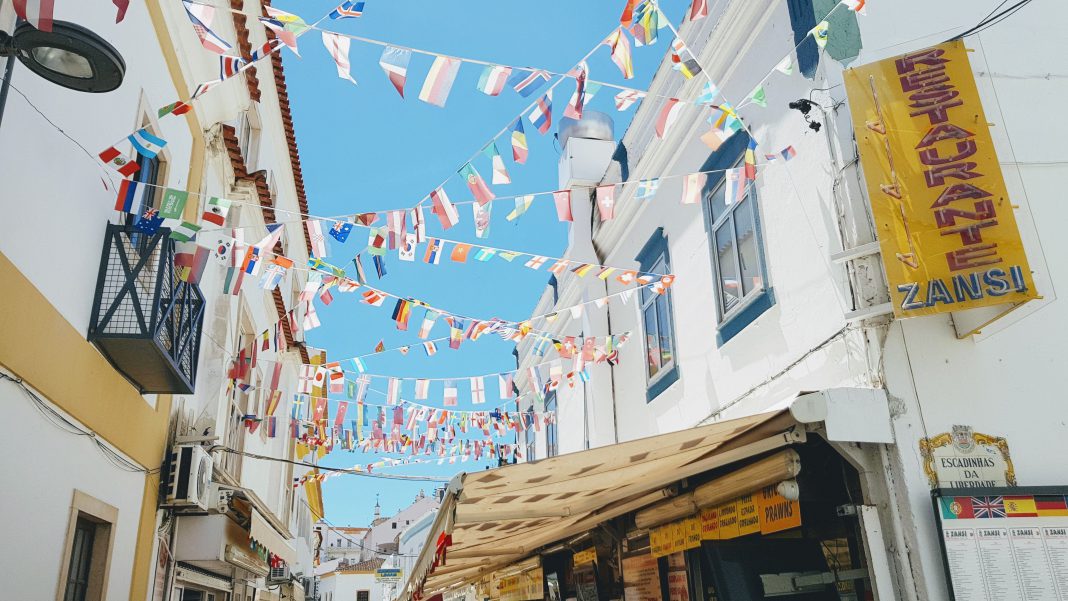 Vexillology is the study behind the history and the design of flags. This isn’t just some niche hobby. The NAVA, the North American Vexillological Association celebrates its 54th anniversary this year. Besides that, there exists an active forum on Reddit about the subject with – at the time of writing – more than 330 thousand followers, which makes the popularity of flags bigger than ever. Which is understandable: The unique combination of history and design is a special interest for many.

Flags come in many different shapes and sizes, but what makes a flag actually pretty, or ‘good’? To answer this question, the NAVA set up five principles of what makes a flag a good flag. First of all, the flag has to look that simple, that a child could draw it from memory. Besides, the flag has to be unique, it needs to actually symbolize something and it cannot have too many colours. Lastly, coats of arms or text is not done. With these principles in mind, you can start looking with an critical eye at the designs of flags. Try to think of a flag that satisfies all five principles!

The ‘rules’ of what make a good flag are not set in stone, of course. If a flag is beautiful or not is in the first place a matter of taste. Besides, some flags may not satisfy one conditions, but compensate this by having great symbolism. To give an example, the flag of Brazil contains some text and a lot of tiny stars, but because of the meaning behind this – the stars form the night sky that could be seen from Rio de Janeiro on the morning the republic was founded – it actually makes the flag very unique with a lot of symbolism. You can also discover the shared history of some countries, just by looking at their flags. The most known example would be the British Union Jack in some former colonies of the United Kingdom, such as Australia, New Zealand and a few Canadian provinces. Al of these territories are still part of the Commonwealth. A notable exception, however, would be the flag of Hawaii. Despite the fact that Hawaii had only been a British protectorate, de Union Jack can still be seen on its flag today. The stripes on the flag were designed in the 19th century to offend the Americans: with only the British flag on the Hawaiian flag, it could get the Americans offended. When Hawaii joined the United States in 1959, its flag stayed intact, which makes Hawaii the only American state with a foreign flag in its own flag.

Sometimes, a symbol on a flag can barely have any historical meaning, but has instead been put on the flag to stay unique. A good example would be the flag of Liechtenstein, which did not contain a crown in the top-left corner until 1936. In that year, the Liechtensteiners found out that their flag was almost exactly the same as that of Haiti. Because of this, they added the crown to their flag.

It is clear that every flag can contain a big story. Flags are perhaps the most explicit form of art that reflects our society, even more than statues and paintings. A flag is nothing more than a summary of our identity.