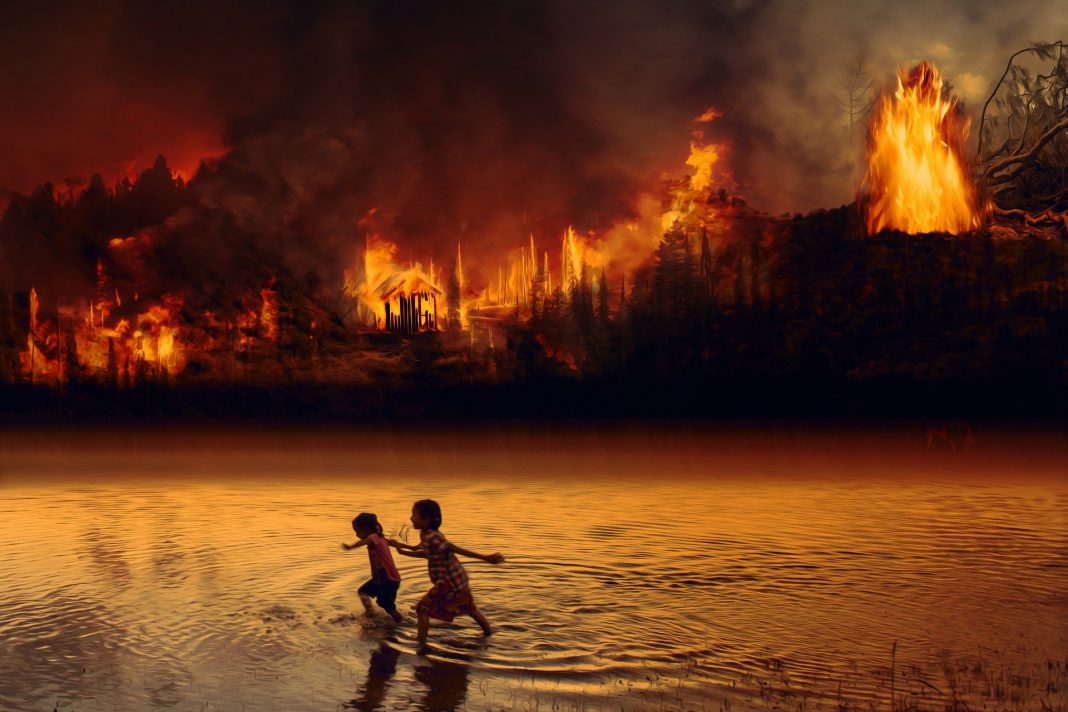 An unprecedented number of wildfires have been ripping through the Amazon region in the last few months, intensifying in the month of August. The rainforest is the epicentre of an ecosystem that the world depends on, as it absorbs a significant share of the planet’s climate-warming carbon dioxide and keeps temperatures from rising. The disturbing global implications of these fires have set off outrage and calls for more protection.

Amid the global debate over the fate of the Amazon, seven of the world’s wealthiest nations have announced at a G7 summit meeting that they would offer Brazil economic support in tackling the wildfires in the form of an aid packet worth $22 million. Macron, the incumbent President of France, who pushed the wildfires to the top of the G7 agenda, was met with a perhaps surprisingly furious response from Bolsonaro. The Brazilian president fiercely rejected the aid, accusing Macron of attacking Brazilian sovereignty – “our sovereignty is non-negotiable”.

Bolsonaro has attempted to illustrate Macron’s ‘altruistic’ act as a sham; the aid packet is allegedly not more than an effort to score domestically by “shield[ing] France’s agriculture from Brazilian competition”. In a series of angry tweets, Bolsonaro went as far as comparing the alliance to a colonial power, that wanted to “‘save’ the Amazon, as if it were a colony or no-man’s land”.

The immediate and natural response to such behaviour is perceiving it as frenetic and irresponsible, especially if one is up to date with the global debate on climate crisis, or has followed environmental movements, such as Extinction Rebellion or Fridays for Future. But, what is the motivation behind Bolsonaro’s seemingly unjustifiable behaviour? Why would Brazil’s president sacrifice a national treasure, such as the Amazon Rainforest? Is it a matter of pride and fallacious thinking, or is there reason to the President’s behaviour?

Wildfires in the Amazon rainforest aren’t unusual for the month of August. A surge typically occurs during dry season, and lasts through October. However, unlike fires in forests of Canada and the US that are ignited by lightning strikes, or bushfires that benefit fire-loving species in Australia, there is no such natural fire regime in the Amazon. And, what is particularly striking this year, is their severity and frequency. Over 26,000 fires were recorded in the Amazon in August, the highest in a decade.

Their occurrence is primarily the result of human intention to clear huge swaths of rainforest for agricultural purposes, of which the main driver is cattle laundering – when livestock that was raised on illegally deforested land is sold to ‘clean’ ranches. Experts are estimating cattle-farming to account for roughly 80% of the deforestation. Agriculture, particularly soybean and livestock production, is the most vibrant sector of Brazil’s economy, making a significant contribution to the country’s trade balance. In 2016, livestock alone contributed to 6.8% of Brazil’s GDP. In recent years this figure has been increasing, as the global demand for beef is growing. Interestingly, the meat produced in Brazil is mainly transported to Europe and Asia, creating a direct link between the catastrophic Amazon wildfires and European/Asian meat consumption.

In an attempt to combat the devastating act of ecological arson, Greenpeace facilitated a deal between Brazil’s three largest meatpacking companies in 2009. This agreement waived their claim to buying “cattle from ranchers who raised their beef in newly deforested areas”. Unfortunately, despite this embargo, there have been multiple violations by meatpacking companies – the most recent scandal surrounded JBS, which landed them a fine of $7.7 million, as they purchased cattle from farms within the prohibited areas.

Cattle ranchers, the main arsonists of this catastrophe, were indirectly given the green light by right-wing populist Bolsonaro to continue burning the Amazon, as the President has been clear on his willingness to sacrifice ecological sustainability for economic advancement. In this way, the failure to comply with the Cattle-Farming Agreement is stoked by Bolsonaro’s refusal of the G7 aid packet. Although Bolsonaro has accepted a different £10 million aid packet from the UK, his dismissal of the G7 aid packet has undermined the nation’s efforts to control the fires. One thing remains certain, even in the event that the fires will be doused, discourse surrounding Brazilian politics and its forests remains heated.

Image in header by Ria Sopala from Pixabay