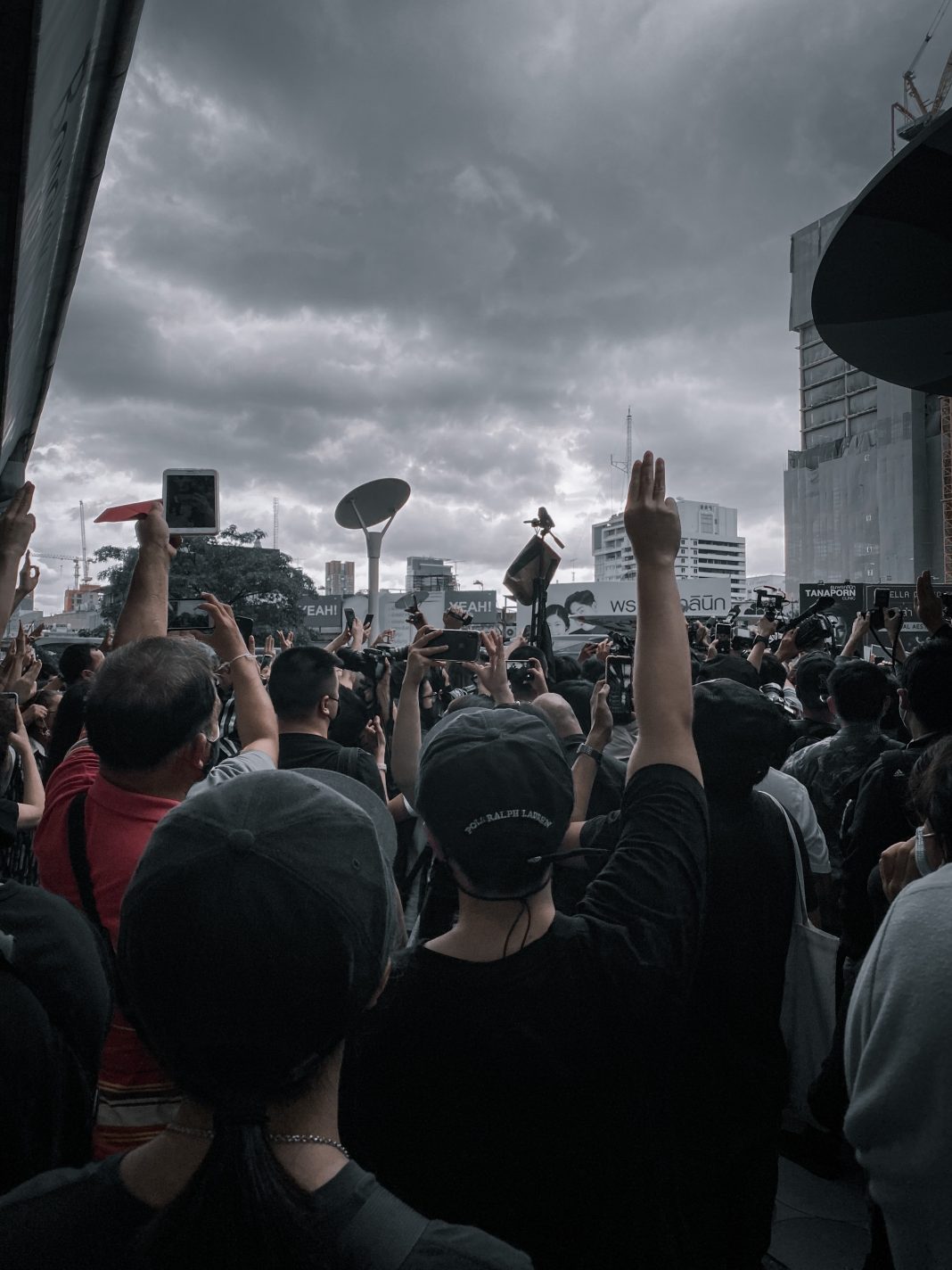 Recently, the Thai people have spoken out against their king, who is currently residing in Germany. It seems to be only a matter of time before the Thai monarch will have to take action and address the protesters, and their grievances.

Pro-democracy student-led demonstrations flooded the streets of Thailand as tens of thousands demanded the resignation of general Prayuth Chan-ocha’s government and the reform of Thai monarchy. Protesters raised their hands in the three fingered salute referring to Katniss Everdeen in the Hunger Games, despite the symbol having been banned following Prayuth Chan-ocha’s coup in 2014.

On October 14th, the royal family drove through a crowd of protesters in their extravagant yellow Rolls-Royce to display their wealth and untouchable status. They was surrounded by an angry crowd, who reminded the king and his family that the car was procured with taxpayer money.

This public attitude shift regarding the Thai monarchy is an epochal difference compared to public opinions only a few years ago.

Bhumibol Adulyadej, the former king and father of the current monarch, King Maha Vajiralongkorn, was much loved across Thai society and was often even seen as a god-like figure to many. Images of the King appeared on screens throughout the country twice a day as the national anthem played to pay respect to the king and his royal entourage.

Besides frequent visits to the people throughout the country, the former king was also well-known for being generous. For instance, Bhumbibol began the King’s Scholarship Fund along with some 3,000 programs aimed at the improvement of the education system. His great appreciation for the arts and culture of Thailand also rendered him highly likable. He constantly strived to better the lives of the people especially in rural areas and stayed true to his goal of unifying the Thai people throughout his 70 year reign.

King Adulyadej’s death brought grief and mourning across the country for an entire year. He was remembered by many not only as a king, but also as an artist, musician, composer, photographer and author. His charitable involvement in the daily lives of many people, among many other acts, made him a much adored figure to the public.

The same cannot be said about the new king, Maha Vajiralongkorn,  however. Resentment of the Thai monarchy seems to be a growing trend due to Vajiralongkorn’s rule of the kingdom more than 8,000 kilometers away from Bangkok. 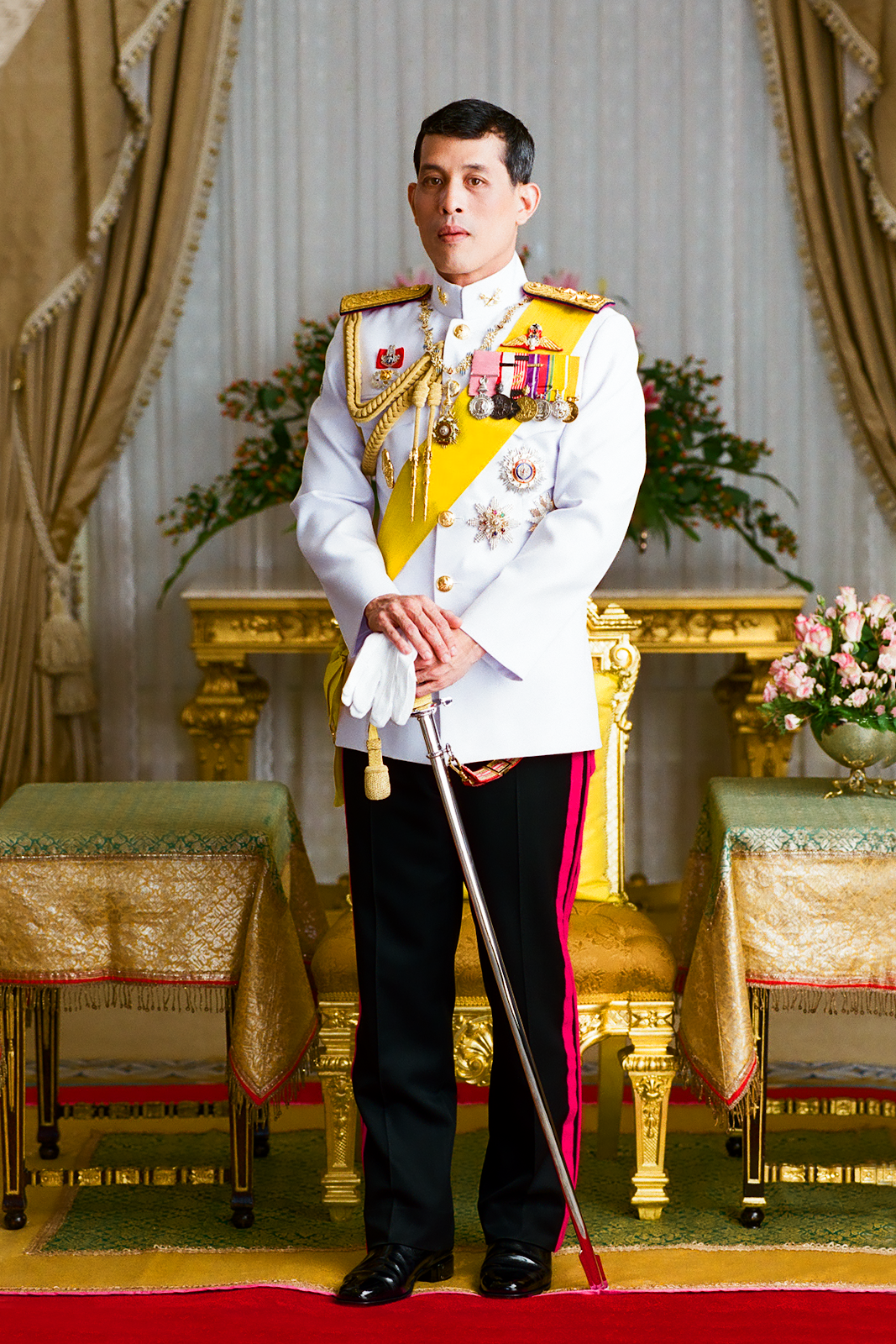 King Maha Vajiralongkorn’s eccentric spending habits, personal life, and preferences to live comfortably in Bavaria rather than addressing Thailand’s affairs have come under scrutiny since his coronation in 2016. The king’s life is shrouded in secrecy, with scandalous rumours surrounding his polygamous and lavish lifestyle. This must be why, Thailand still implements strict lèse-majesté laws, which forbid any kind of defamation of the royal family.

Now, bizarre public outings of the King wearing a crop top on a bare torso at a shopping excursion have moved from being a topic of conversation in gossip tabloids to serious newspapers in Germany.

Many call for an intervention from the German government, with Heiko Maas, Minister of Foreign Affairs stating it is inappropriate for the king to conduct foreign affairs on German territory. This inspired a Change.org petition which calls for Germany to declare the king a persona non grata. In response, Change.org has now been banned in Thailand.

Seemingly, the people of Thailand have lost their patience and it is only a matter of time until Germany does too. Even Queen Sirikit, the Maha Vajiralongkorn’s mother, is remembered to have famously described him as “a bit of a Don Juan”. She stated Vajiralongkorn might have to make an uncompromising choice between either changing his ways or being exiled from the royal family if the public would disapprove of him.