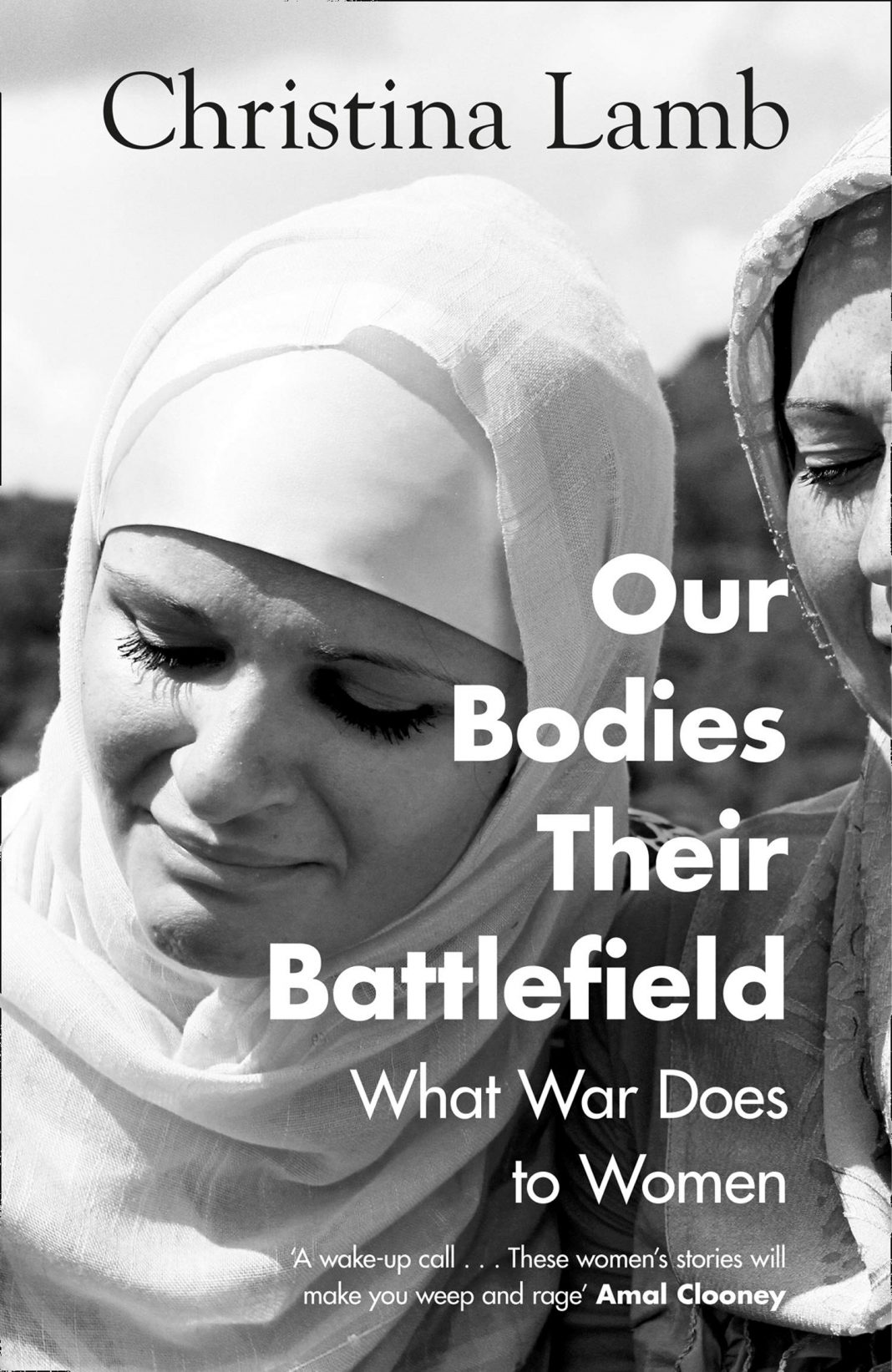 Disturbing Content: the warning Christina Lamb repeatedly received after sending off her reports on how war affects women. Repelled by these responses, the chief foreign correspondent for the Sunday Times created her own path. One where she encountered Yazidi girls like Naima, who has been sold to 12 different men by the Islamic State. Women like Bakira, who has tracked down over 100 war criminals in Bosnia and Herzegovina. Unknown faces like Victoire, who became Witness JJ in the first-ever conviction for war rape. This book is the story of their pain and heroism.

A war correspondent for over 30 years, Christina Lamb knows how to capture people intimately whilst preserving their humanity. Here lies the strength of Our Bodies Their Battlefield. She makes each story distinct and gives them their rightful place in a book that attributes to a much broader debate. While sexual violence in armed conflict may often be one article heading or the subject of a singular conference – it is an issue encompassing thousands of voices over time. The list of interviewees is inclusive, portraying differences in age, religion, culture and profession. Their accounts are not solely marked by the experience of war. As a trained journalist Lamb understands that she needs to reflect upon the lives of these people before and after the conflict to create a full narrative. A narrative that makes the reader understand that although these atrocities can appear distant, none of the people affected had ever expected to experience such horror. A suggested point to include in a review is whether the book is written in a relatable way. This expectation is hard to meet here. What is remarkable, however, is an aspect that comes close to relatability. Readers will find themselves turning every page with the sensation of being where the author sat, listening carefully and making notes.

Nonetheless, being confronted with such harrowing accounts is distressing. Perhaps sometimes even too much. So why read them at all? Often times rape is considered a by-product of war: ranked beneath the killing and destruction. But merely classifying sexual assault as a secondary problem is incorrect. Modern conflict illustrates that rape has become a systemic weapon of war. It is not only an attack on the individual but ostracises women from their communities and leads others to flee out of fear. Those who carry out genocide use it as a calculated strategy to change entire demographics. Research on rape in wartime is addressed by the author, including what can be done to help victims. She discusses extraordinary initiatives such as Panzi Hospital in Congo where Dr. Mukwege has treated more rape victims than anyone on earth and prosecutors like Sara Darehshori reflect on ground-breaking cases. Having approached the issue from multiple dimensions, Lamb notes progress while simultaneously warning the lack thereof. “You meet these women […] and they seem normal. But I think when they go home and close their doors at night, there is a space inside them which no one can break into, no matter what you do.” Even so, their plea for justice stands.

Overall, a sense of inaction still prevails. That sows discouragement. A single person cannot prevent bodies from turning into battlefields by themselves. Yet there is aid within one’s own reach. Giving survivors justice is difficult, but devoting time to a book is manageable. As Christina Lamb states: “Bearing witness does not guarantee it will not happen again, but it can eliminate any excuse that the world simply did not know.” And for women who have been overlooked their whole lives that is worth something.