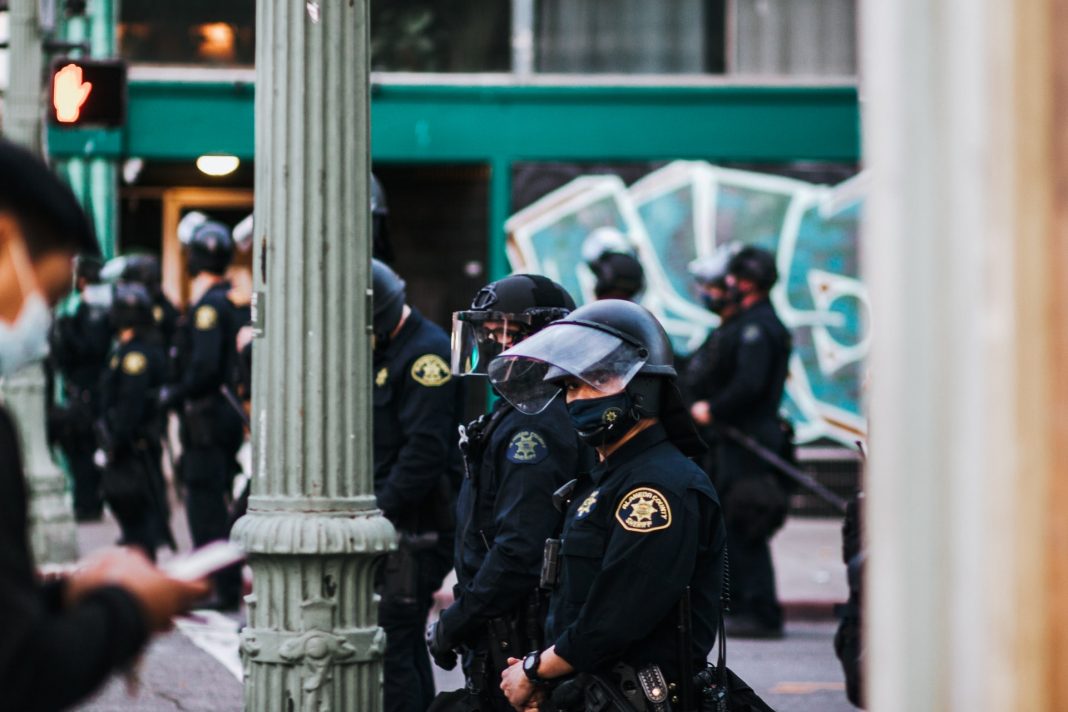 Europe has for a long time taken pride in its long-standing history of liberalism; a pivotal point in history being the French Revolution. As the self-proclaimed cradle of civilization and all things liberal, it is easy to turn a condescending face towards autocrats like Xi Jinping or Erdoğan. However, just recently Amnesty International voiced their concern regarding the right to protest that has been curbed since the pandemic.

As COVID-19 started to shape our daily lives in 2020, unrest and uncertainty grew and socio-political events, like the murder of George Floyd, sparked a series of anti-racism movements around the world. During this time of social distancing, the one thing that humans seem to crave is a sense of kinship and community and a vision to rally. All these elements can be found in demonstrations, marches and protests.

When analysing the footage from the various protests and strikes that popped up on the Internet, it does not take an epidemiologist to understand that the close-knitted groups of people, protesting on the streets are at risk of becoming a potential hotspot for the virus to spread. Police and special forces units have had to take action in various European cities including Amsterdam, Berlin and Paris. In the Dutch newspaper Trouw, Amnesty International reported that protesters were hit on the head by police batons, which can barely be considered accepted practice. Furthermore, Amnesty shared footage of police dogs attacking a protester even after he had surrendered. While the police unit in question stated that the protesters clearly intended to provoke them, Amnesty condemned the police’s draconian behaviours as “rough and non-professional behaviour”.

Other parts of Europe, like France and Germany, have even attempted to fully suspend the right to protest. High courts struck down this ban and ruled these prohibitions unlawful. While COVID-19 rules are necessary, it is interesting to see how governments are easing up certain rules while keeping others in place. As Amnesty states: “Blanket bans on protests are rarely justifiable, in particular when other lockdown measures that allow people to gather have been eased.”

For now, we have to cling to the hope that normalcy will return soon. After all, Macron, Merkel and Rutte are not like Erdoğan, right? Yet it is this sense of arrogance and oblivion that puts us at risk. Indeed, there is no need to despair right now as many Western nations are still safeguarding the democratic rights of their citizens to the best extent possible during unprecedented times like these. Therefore, those who are eager to draw a comparison to autocratic states are probably very much unaware of what living under an autocratic regime is actually like.

Even if we despise the anti-lockdown protesters and everything they stand for, we must defend their right to peacefully protest; emphasis on peacefully. Even if social gatherings like these are at risk of becoming a superspreader event with a subsequent surge in hospitalisations, we must defend their right to protest. It does not matter if we think their voices are worthy of being heard and it does not matter whether they are right. Their very existence shows that the heart of democracy is still beating. Any type of disproportional repression should ring the alarm bell. Remember that protests are not meant to pamper the status quo. It is to give a voice to those who feel trampled on. History’s pages are filled with folks from various backgrounds who fight for a wide range of causes. Democracy as a form of government that is participatory in nature requires that we the people, are to be heard. While it might be easy or even sensible to quell the voices of those who actively seem to aid the spread of the virus, it is now more important than ever to safeguard our democratic values, because the right to protest is not a favour that is bestowed upon us whenever the government feels that a certain individual is entitled to it. Rights are not rights if they can only be exercised based on the government’s whims. Such a society would be guided by discriminatory rules which begs the question as to whether the state in question is really adhering to the rule of law or simply imposing an arbitrary set of rules.

While it is understandable that Western European governments wish to curb the spread of the virus as well as maintain a unified discourse, limiting the right to protest is, however, not the way to go. Democracy should not only thrive in times of peace and general consensus. In fact, it is during times of uncertainty and dissonance where democracy can truly shine its light and distinguish itself from oppressive counterparts.

Image by Gabe Pierce on Unsplash