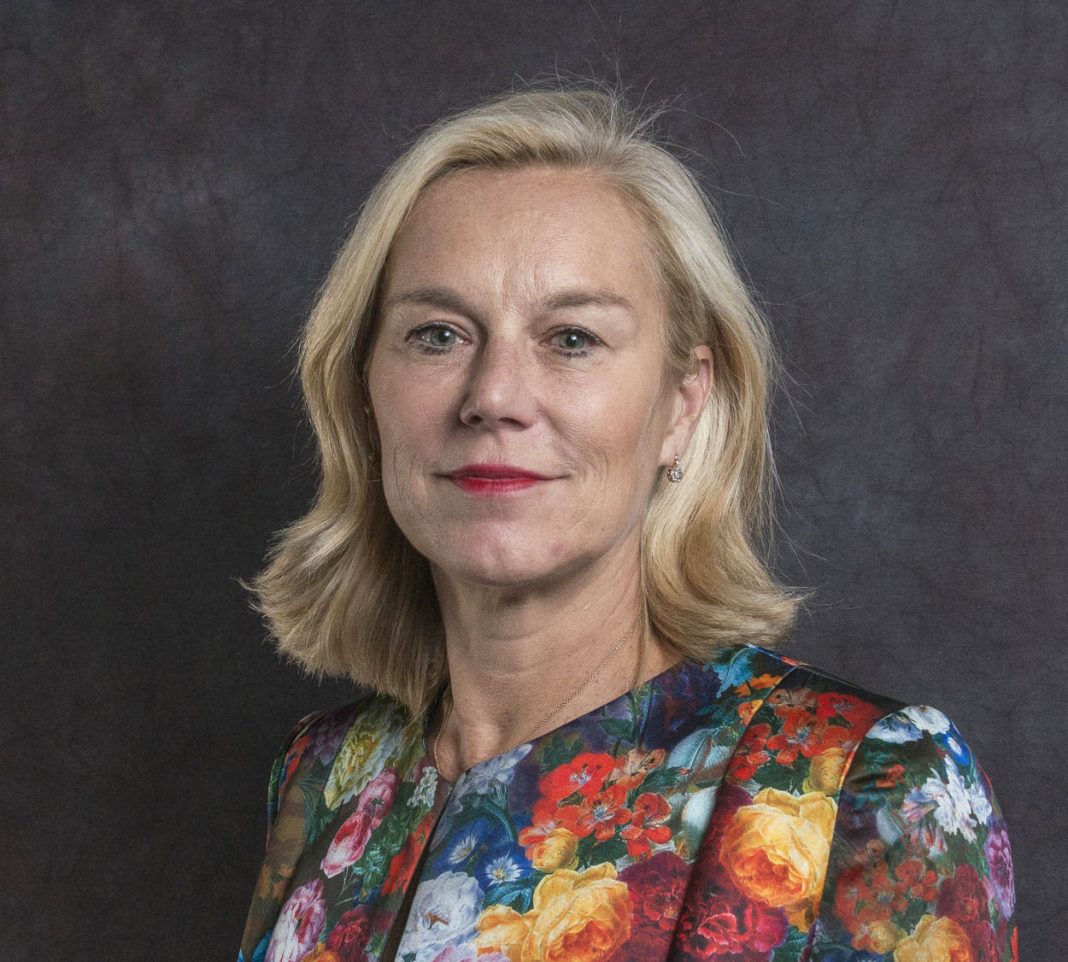 In the context of the first online trade mission to Suriname, Dayant Ramkalup had a conversation with the Dutch Minister of Foreign Trade and Development Cooperation; Sigrid Kaag.

After President Santokhi took office, the interstate relations between the Netherlands and Suriname improved. This marks the end of 10 difficult years. Both governments now aim for friendly trade relations, based on mutual respect, shared norms and equality. The only way forward is a new perspective, though the past is not erased. Inferring wisdom from past experiences remains relevant. Dayant was curious about how the trade relationship will develop over the next years. Are we likely to see a clash between pragmatism and idealism? If and how will moral values be relevant in the trade relationship or will foreign policy mostly be aimed at efficiency?

Suriname has a list of pressing issues. Failing institutions, corruption and rising deficits have disastrous consequences. The previous government, led by former president Desi Bouterse came under scrutiny due to inefficient policies, power abuse and painful incidents from the past. I have put my hope in the newly elected government led by Chandrikapersad Santokhi. The aim is to generate long-term wealth and stability. The new government has promised the people to act respectably, though nepotistic tendencies are cause for worry.

Thursday, 19 November 2020, Dayant had the pleasure of meeting Sigrid Kaag, the Dutch Minister of Foreign Trade and Development Cooperation.

Which obstacles is the trade relationship between Suriname and the Netherlands facing?

“I find it hard to give a clear-cut judgement. Based on policy documents and advice I have received, one must conclude that the bureaucratic process in Suriname is only slowly moving, although we ourselves have some improvement to make as well in that regard. Additionally, the country has been isolated for a very long time, which requires a rethinking of public and private mechanisms and procedures. Such a restructuring process offers great opportunities for foreign investors. Dutch companies could for example decide to share their knowledge about how to organize certain management processes.”

“I believe that both parties wish to handle matters properly. The Netherlands can support Suriname through this difficult period of economic downturn. The Surinamese people have high expectations, but it is important to remember that change is a process which requires time. We ought not to forget the debt crisis hanging above the Surinamese government like the sword of Damocles. To add insult to injury, Suriname is also struggling economically during the raging international health crisis and drop in international trade. In light of such developments, the Surinamese government rightfully proposed an ambitious policy programme, aiming to get the country back on track. Their approach deserves support. We should therefore focus on pragmatism.”

The partnership can be understood in a broader framework of Economic Partnership Agreements (EPAs). The EPAs are trade agreements between the European Union and the ACS-states: 79 states in Africa, the Caribbean, and the Pacific. The EPAs contribute to the development of vulnerable countries. Through this agreement, the most vulnerable states are also able to participate in the European markets at extremely low tariffs. Conversely, the ACS-states are allowed to protect their economies, for example through higher import tariffs.

It is difficult for outsiders to fully comprehend Suriname and its people. Surinamese political conventions may seem chaotic and complex. The Dutch Minister of Foreign Affairs, Stef Blok, even argued that ethnic division is the cause of institutional failure in the Republic of Suriname. Such unfounded allegations merely showcase a certain naivety. Suriname is perhaps a ‘failed state’ but is ethnic division truly the cause? I am not so sure.

Perhaps the ethnic division, imposed and supported by Dutch colonial power, led to a certain equilibrium as well. With the Dutch political structure of the 1950s in mind, Arend Lijphart, a political scientist, suggested that stability was accomplished through ‘overarching cooperation between elites and compartmentalized ethnicities’.

Beyond Suriname’s contradictions and differences and beyond its various religions, skin colours, languages and dress, one can distinguish a certain unanimity and harmony. Former Minister Jan Pronk described such contradictions by referring to the movie ‘Wan Pipel’. “It was magnificent to see all contradictions united in one captivating story. The differences between Suriname and the Netherlands, a new state and its former coloniser, between Hindustani people and Creole people, between modernity and tradition, between tradition and religion, between cities and the countryside, between generations, between young women and men, between people clutching to their own group and those who opted for an all-encompassing shared identity.”

Have the Economic Partnership Agreements between the EU and the CARICOM (Caribbean Community and Common Market) already been put into effect?

“To be honest, I do not know for sure. My staff will check this right now as we speak. Thank you for reminding me about these agreements.”

“These agreements are of crucial importance for Suriname. Half an hour ago, I was in a parliamentary discussion about the EPAs in relation to African states. The issue is oftentimes that despite the removal of trade barriers, the quality standards are simply not met. Suriname could opt for advice from Dutch knowledge institutes regarding the improvement of the quality standards in order for Suriname to expand its market share.”

After a while, a staff member reported back that not all member states have ratified the EPAs. However, some of them are provisionally implemented. The Netherlands has already affirmed the treaty.

If I understood correctly, the strengthening process of the investment climate in vulnerable states is financed by the development cooperation budget. However, this budget is mainly spent on focus areas like the Middle East, North Africa, the Sahel and the Horn of Africa. Because Suriname does not belong to either of these regions, its opportunities are limited. Would it be possible, given the new political context, to add Suriname to the list of focus regions?

“Suriname has access to this budget, next to various other instruments aimed at promoting entrepreneurship. These include export credit instruments, capital guarantees and low-interest loans covered by the state. Both Dutch and Surinamese investors are eligible to utilize these instruments. My aim is to make these as accessible as possible. However, it does differ per financing channel to what extent I can ensure accessibility. We continually encourage our Surinamese colleagues to monitor interesting sources of funding. Our embassy in Paramaribo plays a crucial rule in informing our partners in Suriname. A lot of information can be found online as well. Everyone is eager to offer support but many support instruments have not received much attention yet. Finally, we have researched the demand for a shared small-business fund. I am investigating the opportunities, together with different sectors and industries.”

Have you ever been to Suriname yourself?

“No, unfortunately, I have never been to Suriname, Dayant! Nonetheless, I am very curious about the country. When I lived in New York, I have always wanted to go but it never really got to that. The history of Suriname is truly fascinating. In the near future, if the circumstances allow for it, I hope to pay a visit to Suriname.”

For DEBAT Magazine, Dayant Ramkalup has interviewed Sigrid Kaag, the Dutch Minister of Foreign Trade and Development Cooperation and party leader of D66. Dayant is a student at Leiden University. He is interested in international political developments and (Latin) American history and politics. Previously, Dayant has interviewed Pete Hoekstra and Hans Moison.