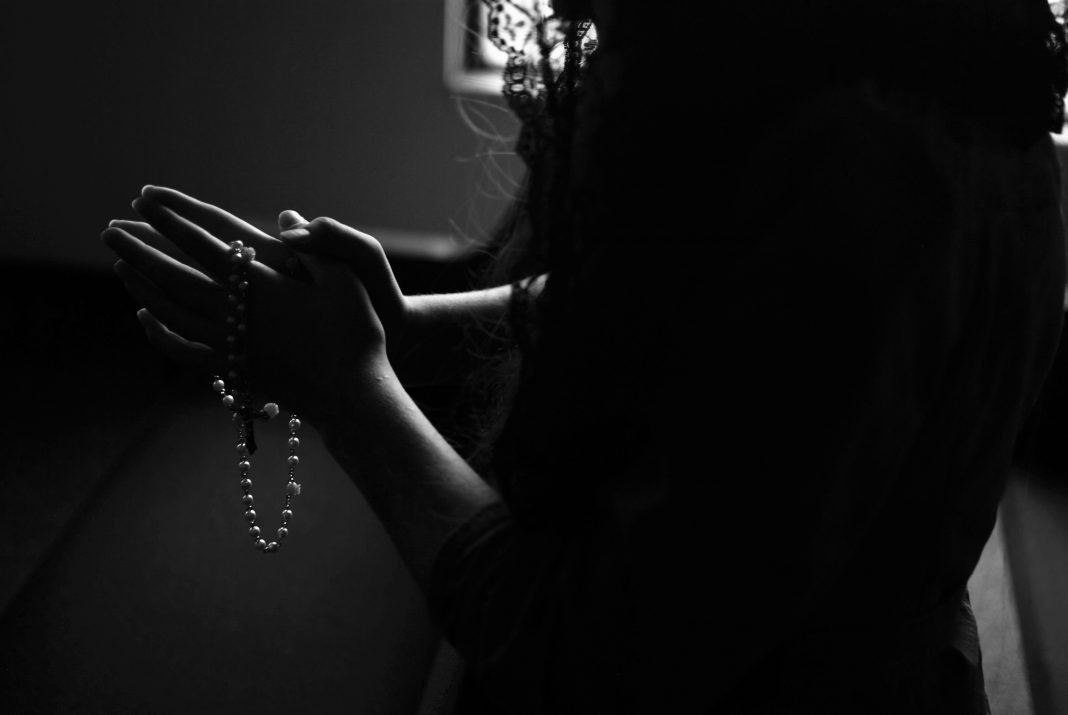 The Anglican Archbishop Desmund Tutu is known for telling the following joke: “When the missionaries came to Africa they had the Bible and we had the land. They said: ‘Let us pray’. We closed our eyes. When we opened them, we had the Bible and they had the land.” Though the exact origin of the whitty citation is disputed – it has been repeated by Jomo Kenyatta and also features in the book Things Fall Apart (1958), it serves as a painful reminder that the prominence of Christianity on the African content remains a remnant of Europeans’ colonial drive to expand. 49% of the population on the African continent currently identifies as Christian. The other majority religion in Africa* is Islam, making up about 42%. Other religious branches on the continent include Hinduism as well as various indigenous and autochthonous religions. Overall, Africa boasts the highest percentage of people who claim to believe in a higher power. What about the irreligious minority though?

Atheism in Africa over the years

Western Europe and Asia-Pacific are currently experiencing a rapid decline in religiosity. Already in 2015, Pew Research noted that atheism has become the second-largest religious group in North America and in big parts of Europe. In the meantime, Africa* still holds a dazzling majority of people who affiliate with a certain religion. The largest monotheist religions: Christianity and Islam, are projected to grow significantly in Africa. For example, the number of Christians in the Sub-Saharan region is expected to double, from 517 million in 2010 to 1.1 billion in 2050. Hence, religion is still a force to be reckoned with. In 1969, Kenyan philosopher and Anglican priest John Mbiti wrote that “African people are notoriously religious (and) religion permeates into all the departments of life so that it is not easy or possible to isolate it.”

Yet, atheism is on the rise in Africa, even in predominantly religious countries like Nigeria where atheists have been arrested on charges of blasphemy. Other hints suggesting that religious sentiments are waning include the prominence of atheist groups in Kenya and  Sudan’s decision to separate religion and state. Atheist interest groups in Kenya applauded the government for keeping churches shut when the first wave of the pandemic hit.

The Kenya case illustrates how  COVID-19 has profoundly impacted the way people profess their faith. While congregational meetings had suddenly become a token of egoism and recklessness, believers were forced to indefinitely suspend group activities. Kenyan non-believers argued that the current health crisis should be a wake-up call to invest in science and health care instead of going to religious places of gathering to meet one’s imaginary friends. Nonetheless, President Kenyatta called for a three-day inter-faith praying fast in October 2020, showcasing the influence of religion on matters of state despite keeping the churches shut in the initial lockdown. Others like the Tanzanian President, who earlier stated that people should “pray coronavirus away”, just recently died amidst rumours that he had contracted coronavirus himself.

Despite the various attempts to uphold religious liberties while safeguarding public health, it is the middle and lower that are disproportionately affected. Pew Research projects a 40 million rise in global poverty in the Sub-Saharan region. Systemic inequalities such as the unequal playing field when it comes to acquiring vaccines indicate that the greediness perpetuated by the affluent countries in the northern hemisphere will only slow down a further economic recovery.

Interestingly, the call for nationwide vaccination schemes suggests that science is gaining ground while traditional beliefs and institutions are replaced, a process that Max Weber would attribute to modernization. He argued that the process of modernization and secularization generates a sense of “the disenchantment of the world.” While modernity is a highly contested concept as it has often been weaponized to look down on non-western cultures, going back to the civilization thesis and the white man’s burden, it remains a key part of the so-called secularization theory which holds that modernity and progress are bound to erase religiosity. 18th-century thinkers like Durkheim, Weber, Marx, and Freud challenged the belief that religious practices and structures would resist the test of time. The post-Cold War period of alienation however proved otherwise. Even if certain strands of progressives like to advance the notion that religion is but a vestige of naivité and backwardness, the debate is far from settled. Prominent political scientists like Pippa Norris and Ronald Inglehart added that “secularization theory is currently experiencing the most sustained challenge in its long history.” Peter Berger, an outspoken proponent of the secularization thesis admitted that it took him twenty years to conclude that modernity does not inevitably produce a decline of religion.

During unprecedented times like these, the United Nations (UN) as the organisational embodiment of modernity in the 21st century and a beacon of progress and cosmopolitan values, has become a key player in combating the virus. In order to understand why the UN represents the essence of modernity, we must turn to its origins: the League of Nations. As described earlier, modernity has often been associated with the white man’s burden and the controversial mandate and trusteeship system perpetuated by the League as part of the civilization discourse.

Over the years, the UN has sought to shrug off its civilizing spirit of the 20th century. The rallying call by António Guterres signalled that religion and science are not fundamentally incompatible, contrary to what hardcore Enlightenment thinkers and Modernization scholars might have believed. As atheist movements on the African content are rooting for the pandemic to mark a turning point, the research repository Africa Portal wrote that “the integration of religious leaders in the planning, decision-making and implementation of the ongoing coronavirus public health response at the local, state and federal government levels” has become a common practice, which would suggest Africa’s atheist journey is far from complete. Though the specific piece referred to Nigeria, the same approach can also be utilised in African states that are plagued by a similar science versus religion stand-off. If a successful multi-stakeholder collaboration involving religious leaders leads to a speedy return to normal life and subsequent economic recovery, it could very well strengthen people’s belief in transcendent gods and faith-based authorities. Such a scenario would prove that even a raging pandemic is unlikely to turn the religious tide, even as atheist voices are gaining traction.

* The author likes to emphasize that any mention of Africa refers to its capacity as a continent and in no way seeks to lump together the individual histories and cultural practices of the various states on the African content.

Photo by Isabella and Zsa Fischer on Unsplash