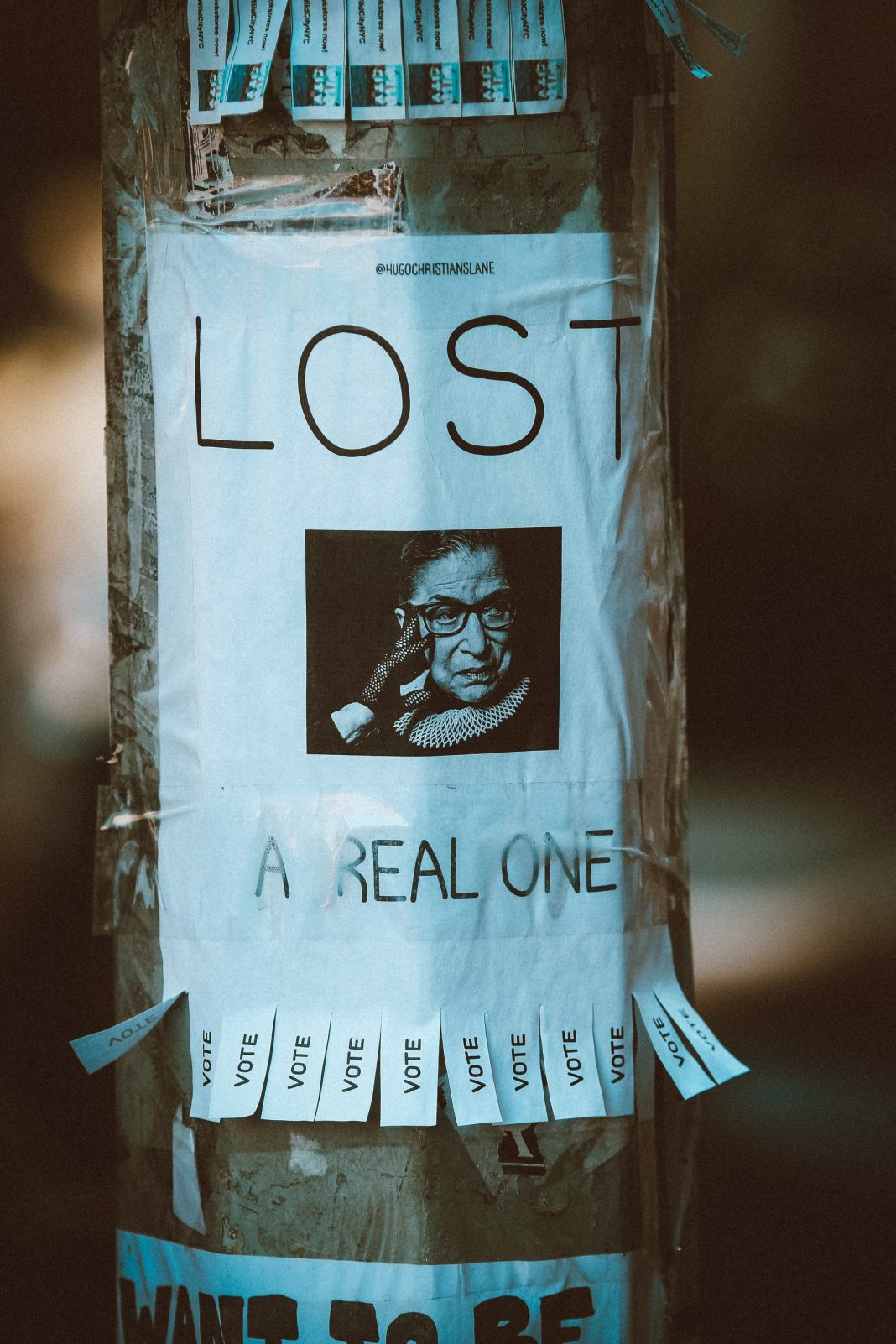 She was known as The Notorious RBG – a woman with her face plastered on merchandise, an inspiration for musical roles and once an eager university student. But perhaps the most important place Justice Ruth Bader Ginsburg ever occupied was her seat on the Supreme Court of the United States. It was there that she demonstrated the general public what an impactful figure she was.

Ruth Joan Bader was born on the 15th of March 1933 to a working-class Jewish family. Her passion for learning was present from an early age and it was her mother who taught her the value of independence and education. Cecilia Bader might have been limited herself in the latter, but her young girl showed promise. The first step after Ruth’s graduation was Cornell University, where she was granted full scholarship for her achievements in high school. Here, the late justice met her husband, Martin Ginsburg. Their marriage was what can best be described as a union of equals, where Martin encouraged his wife to pursue her studies. Later, Ginsburg would remember her husband by saying: “I had a life partner who thought my work was as important as his, and I think that made all the difference for me”. The couple moved places, but both ultimately enrolled in Harvard Law School. Interviews and biographies alike mention this period as a testament of her strong will. After Martin was diagnosed with cancer, Ruth took notes for the two of them while simultaneously taking care of him and their young daughter.

Despite her capabilities, life as an ambitious woman was challenging. For Ginsburg, everyone was equal – even more so in the eyes of the law. This belief would pivot her career and mark her life’s work. Through her teaching, she became engaged in the field of gender discrimination and the director of the Women’s Rights Project of the American Civil Liberties Union. As a lawyer, she drew major attention from the Weinberger v. Wiesenfeld case before the Supreme Court. Both widows and widowers should be able to receive special benefits while caring for minors, she argued. Roughly twenty years later, the day came when Bill Clinton appointed her justice to the Supreme Court. Detailing the Justice’s last 27 years of service would be a long task, but this period encompasses a fundamental truth: Ginsburg never abandoned her fight for gender equality. Additionally, her approach was mostly liberal and her application of the law called for progressive change. Above all, Justice Ginsburg always showed up for what she believed to be her duty. Whether it was in the face of Republican criticism, or on the days where her own battle with cancer weighed heavily, she was devoted to her work. “Fight for the things you care about but do it in a way that will lead others to join you”, remains one of her most famous quotes and a great depiction of her character.

On the 18th of September 2020, the world woke to the news that Justice Ruth Bader Ginsburg had passed away. Her last wish was for the empty seat on the Supreme Court to not be filled until after the presidential election. Despite Ginsburg’s outspokenness, Justice Amy Coney Barrett now occupies the position. Whether this is rightful or not is subject to discussion, but it does spark a conversation about the value of Ginsburg’s accomplishments. How do we keep her memory alive? Ginsburg believed the key to opening many great doors in life was reading, so may we now read about her.

Photo by Jon Tyson on Unsplash