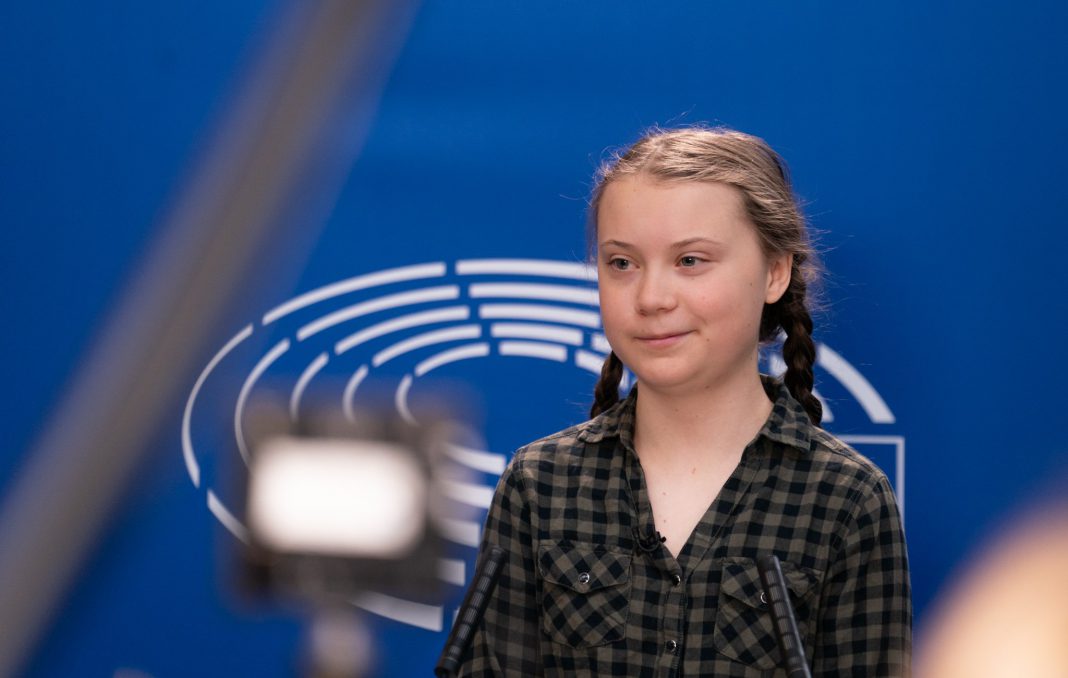 Greta Thunberg is a 16-year-old climate activist, born in Sweden and daughter of Malenda Ernman, opera singer and Swedish representative in the Eurovision song contest of 2009, and Svante Thunberg, actor, writer and producer, famous for his participation in a 1997-2000s Swedish soap opera

Since Friday 20th of August 2018, when she chose not attend school in protest against climate change and global warming, she has risen to become the face of the global climate justice movement. Her fame began with a humble, yet ground-breaking act that initiated the “Fridays for Future” movement: with her sitting in front of the Swedish parliament throughout the school day, to highlight the importance of climate action, distributing flyers with information on climate change to passers-by while posting about the cause on social media.

In September 2019, 7.6 million people participated in the protests for climate action around the world, setting a record for engagement in the climate movement.

Greta’s simple step encouraged millions of people to publicly express their dissatisfaction with their governments for their poor performance in tackling this alarming, looming threat to Mother Earth. A crucial aspect to her activism, constantly employed in social media headlines, is the engagement of the youth, as the population at the receiving end of the effects of climate change. Greta is portrayed as the mouth of future generations, constantly reminding her audience of the catastrophic impact that the global crisis will have on her generation’s chance at a future.

The seed that sprouted the revolutionary fury in Greta’s heart was planted in 2011, when Greta’s class was shown a film on climate change in school. Learning about such a severe environmental crisis as well as realising the great indifference world leaders demonstrated on the elimination of the threat, propelled the young girl into a downward spiral that ended with a depression diagnosis three years later. Greta stopped eating and stopped attending school, which led to her eventual diagnosis with Asperger’s syndrome, a condition that was classified in 2013 under the broader umbrella category of autism spectrum disorder (ASD). It is a high-functioning type of ASD, associated with an intense black-and-white view of the world. Greta has repeatedly said that there are no grey areas in climate change. There is no white in the destruction of our planet. She has previously talked of her condition as a superpower driving her in pursuit of climate justice and social change.

Greta has given speeches that have shaken her audience to their core, with real numbers from organisations such as the Intergovernmental Panel on Climate Change, that force the understanding of how small our window of opportunity is, on any listener, no matter how engaged they are with the cause. The Paris National Assembly, the EU parliament in Strasbourg, the World Economic Forum and the United Nations Climate Change Conference are some of the organisations that have summoned Greta to speak, infusing her campaign with legitimacy and global recognition.

The stakes are high and the wheel is turning in the favour of climate activists. This young girl has been the spark that ignited the global movement and, now, the world is burning!