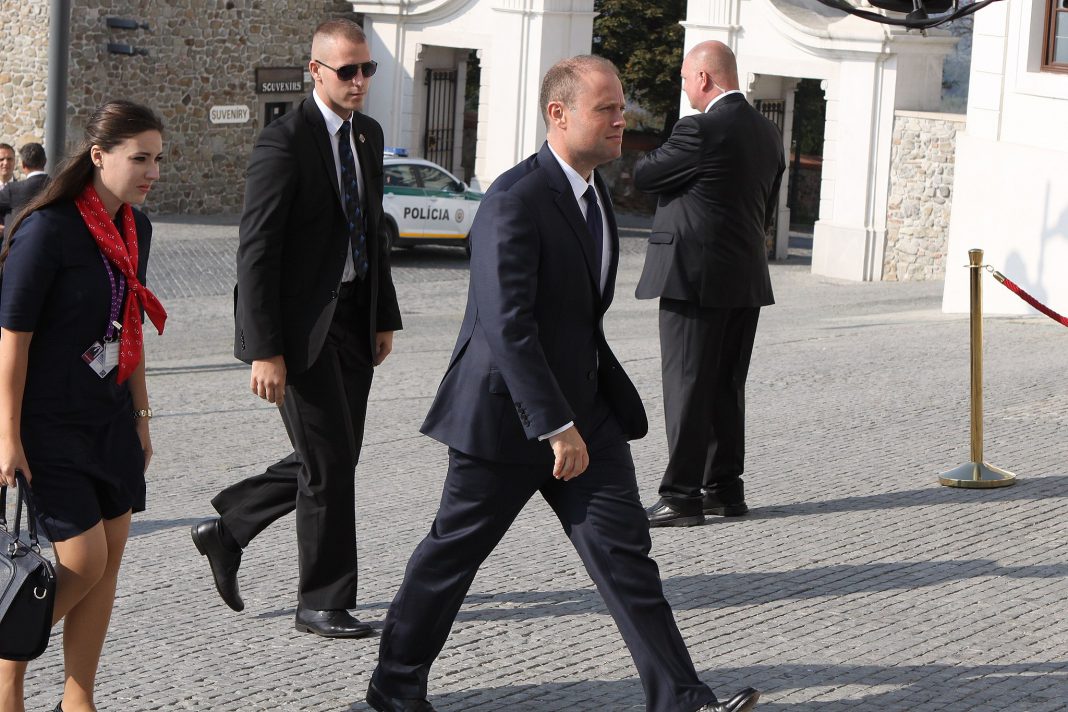 This week more than hundred people demonstrated in front of the parliament building in Malta, the sunny island state that for a long time managed not to get in the news. This changed two years ago with the murder of Daphne Caruana Galizia, a Maltese journalist who investigated the involvement of Maltese politicians and businessman in a worldwide network of tax evasion: the Panama papers. The investigation into her death has seen a shifting dynamic in the past two weeks and did once again make headlines in papers all over the world. An overview of the research and the involvement of the Maltese political elite.

The murder of Galizia in October 2017 was cold and professional. The number of rumors about potential perpetrators two years after the murder proves the professionalism of the killers again. The attack was committed with a car bomb very close to her house. Galizia was a popular journalist, with publications that regularly reached around 400,000 readers. The fact that her death was not a total shock gives the case an even more tragic aspect; she was known as the “most hated journalist in Malta”. The many revealing and shocking publications on her online blog, ranging from documentation of corrupt politicians up to revelations about issues of money laundering, had earned her this title. She often looked for some shock in her publications, which were fierce and sometimes mocking. She had already experienced the consequences of this. In 1996 her door was blown up and her dog’s throat was cut. In short, a controversial but well-loved publicist.

After her death a large, but most of all difficult, investigation into the perpetrators of the assassination started. This difficulty might be related to the current political leaders of Malta. Two parties play a main role in Maltese politics, the center-right National Party and the center-left Labor party of the current, but soon former, prime minister Joseph Muscat. A couple of publications on the blog of Galizia revolved around Muscat. In 2013, she was arrested in the middle of the night after the publication of sarcastic cartoons with Muscat as one of the main figures and in 2017, with her revelations about the relationships between Muscat and financial services provider Mossack Fonseca, the biggest axis in the investigation of the Panama papers, she even contrived early election, which did not have a shocking outcome. Muscat stayed in power. The fact that several Maltese politicians came up in the Panama papers investigation, among them two ministers of the Muscat cabinet, confirmed Malta’s reputation as a tax heaven. She was certainly not loved by the Prime Minister and the political elite, but Muscat nevertheless promised that the perpetrators would be caught.

The research dragged on slowly over the past two years with no significant results. Although three men were arrested in the week of the assassination, they have not seen a courtroom yet. Especially the identity of the contractor stayed a mystery. Many people suspect that someone is sabotaging the investigation. As time went on, international pressure also increased. Dutch MP Pieter Omtzigt investigated the judicial process in Malta on behalf of the Council of Europe and came to shocking results. His allegations against the Prime Minister were not easygoing. Muscat is supposed to have a disproportionate amount of power and could thereby hinder legal proceedings. These allegations are in sharp contrast with the reputation that Muscat had built up at the start of his premiership. He spoke fine words in his 2017 victory speech, in which he called for openness. Now his position is undergoing a lot of pressure and political chaos rages on the island.

The fact that his position is under so much pressure that he has made the decision to resign in January is related to the long-awaited breakthrough in the investigation, which seems to be nearing a conclusion. Over the past two weeks, the investigation has focused on a couple of acquaintances of Muscat. The investigation started developing again after a taxi driver, who served as an intermediary for the main suspect, issued a confession in exchange for a reduction of his possible detention. On November 20 this year, a ready-to-sail yacht with businessman Yorgen Fenech on board was then invaded by the Maltese navy. It soon became clear that the raid was related to the assassination of Galizia. Fenech is arrested and a day later his yacht is for sale. He might be in need of some credit. Good lawyers will not work for free.

The case gets an extra political charge if Fenech also makes a confession. He does not beat about the bush and directly points in the direction of Keat Schembri, the head of Muscat’s cabinet. Schembri is said to have assisted Fenech in his failed fleeing attempt and, moreover, is said to be the client for the murder of Galizia. Schembri immediately resignes, and so does the minister of Tourism Konrad Mizzi, who was also investigated by Galizia just before her assassination. That the family of Galizia have lost confidence in a thorough and independent investigation is a logical consequence of the involvement of Schembri and Mizzi. The big question that remains after these arrests, interrogations and confessions: what was the role of Muscat?

Direct involvement in the murder of Galizia is probably difficult to prove and is not a logical option. Muscat is a versed politician, not a criminal. His actions over the past week did however cause a great deal of speculation. When Fenech, after his arrest, asked for a general pardon in exchange for providing information, Muscat said he would certainly consider it. What kind of information Fenech had and what his own role was in the case was not clear at that point, at least for the public. Later Muscat withdrew this offer.

It has become a complicated affair, but the next event is not too difficult to foresee. Muscat had announced that he is going to resign in January. For the family Galizia, however, this is not sufficient. In their quest for justice, at least one more obstacle must be taken. The role of Muscat in this homicide has to be investigated. A trial in which the Prime Minister has the ability to influence the outcome is already questionable. When the Prime Minister can also use this influence to influence the process of confidant, the situation gets grim. He would do a good service to his country if he would give clarity about his influence in this case.

Photo in header by: Andrej Klizan