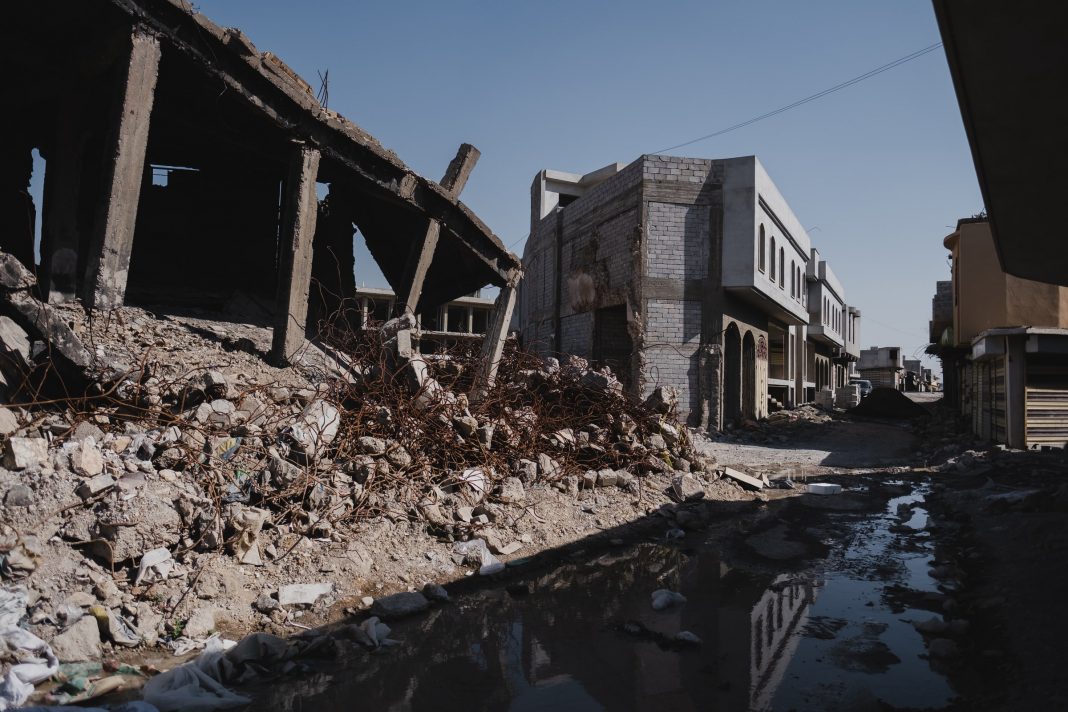 The movie Mosul, co-produced by the Russo brothers, now streaming on Netflix, shows the desperate battle to destroy the Islamic State (IS). Mosul tells a true story of the self-directed Iraqi Nineveh SWAT team to combat the suppression by IS by retaking the second-largest city in Iraq: Mosul. The city had been occupied since 2014 and six thousand militants from IS lived there. In 2017, more than a hundred thousand soldiers and policemen were expected to join the fight to liberate Mosul. The SWAT team wanted to join this battle. It has a powerful and timely political message on the damage that a civil war can cause.

The movie is set in the days of the Iraqi War. Mosul is positioned nearby an ancient Assyrian city, called Nineveh. After the US-led invasion in Iraq in 2003, Iraq got stuck in a vicious circle of instability and due to the destabilization, IS was able to control many Iraqi cities. The Nineveh SWAT team members are infamous to IS, due to their toughness: members of the team have never switched sides and none of them has ever been taken as a prisoner. The damage done by IS in the cities of Iraq becomes clear throughout the movie: collapsed buildings, burning cars and abandoned neighbourhoods show the widespread devastation through drone shots. Even though IS seems to be leaving the city Mosul, the SWAT team’s goal is to kill any IS follower they see. They aim to reclaim the city they love; therefore, mercy does not exist on their part.

The cast consists of Middle Eastern actors; they speak in the same Arabic dialect used by the soldiers the story is based on. The movie shifts seamlessly from different scenes; from explosive action to dark drama. The movie shows how losing a member of the team has become an everyday practice. It also shows the disastrous impact of the civilian war; children who lost their parents and the lack of water and food. In one scene, the SWAT team tries to convince a pair of orphaned Iraqi boys to leave their dead father by the side of the road and hitch a ride to safety. The older brother stays behind to bury his own father, while the younger brother is on his way to a better life.

The movie is anchored by two leads; an experienced ex-cop named Major Jasem, played by Suhail Dabbach and Kawa; a new young recruit who is learning to kill, played by Adam Bessa. Major Jasem is the heart and soul of the city Mosul. He gives hope for a better life after the unbelievable losses that the Iraqis have suffered after decades of war and destruction. We get to see how Kawa transforms from an innocent soldier to a ruthless killer. The SWAT team only recruits men who have been wounded by IS or lost family to them. The reason for this tactic, becomes clear in the movie: the suffers the members have lost, serve as emotional fuel for their actions.

Instant death lurks around every corner the team takes. However, the reason for why they all take this risk of losing their lives, becomes clear throughout the movie. It involves more than driving IS out of Mosul, there is also another mysterious mission for them to fulfill. Mosul not only focusses on the defeat of IS, but also on the future of Iraq and its people. Major Jasem picking up garbage in various scenes, while the whole city seems to be in ashes, is a clue of his desire to clean up the city where he has lived his whole life.

“We can rebuild everything. We just have to kill them all first.’’

These words of Major Jasem set the tone for the movie. This search-and-destroy ideology that the SWAT team has, shows their desperate battle to retake Mosul and drive out IS of the city they all love so dearly.

It is a relief to see a movie where the Arabic characters are the sole protagonists of the story, without American saviours or ‘white heroes’, nor a perspective of the West being present. This movie does not glorify the US and its soldiers. For once, this is a Middle Eastern war movie which shows the losses the Iraqis have suffered, and is not solely about the US Marines; it is about the local forces fighting IS. The movie is worth a watch, but only is a drop in the sea of the many tragedies that Iraq has suffered.

When ISIS took their homes, families and city, one group of men fought to take it all back. Based on true events, this is the story of the Nineveh SWAT team, a renegade police unit who waged a guerrilla operation against ISIS in a desperate struggle to save their home city of Mosul.

Image by Levi Clancy on Unsplash