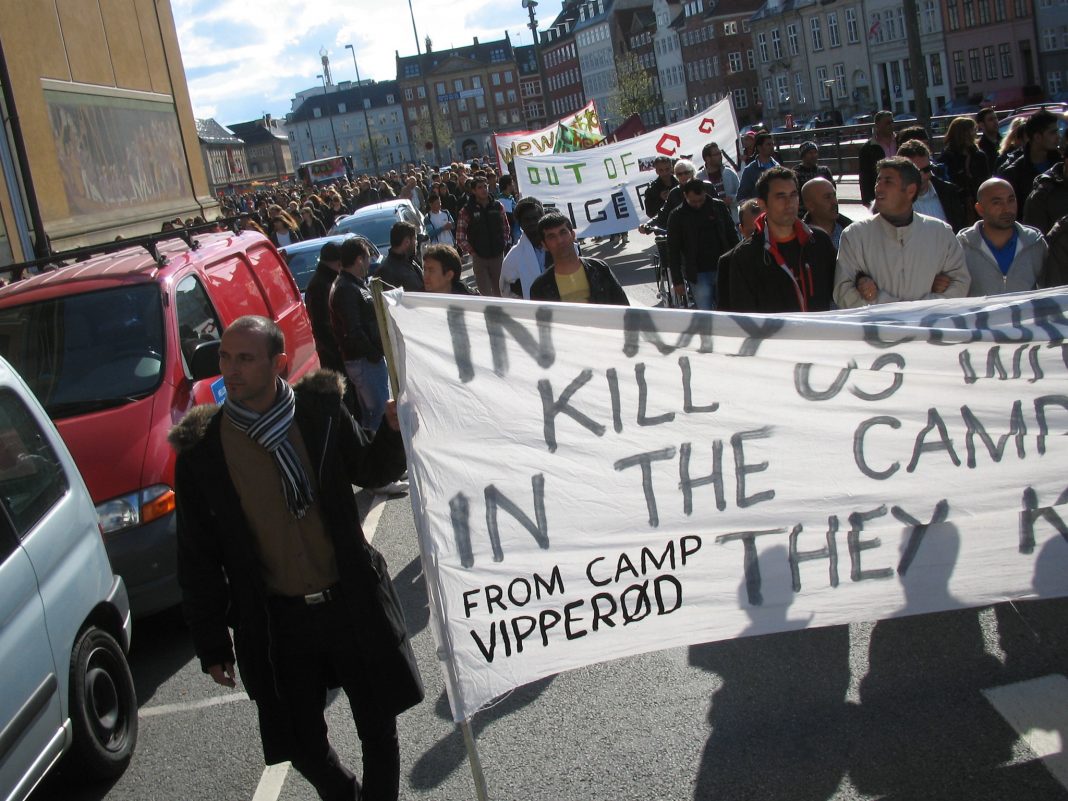 Since the 2015 migration crisis, far-right populism has gained momentum in much of Europe, and this does not exclude Denmark – a liberal haven for some, but an increasing nightmare for immigrants. Denmark was the first country to sign the U.N Refugee Convention in 1951 but its present actions and sentiments towards immigration vastly differ.

In 2019, three Syrian asylum seekers were rejected protection needs by the Danish Immigration service based on the alleged improval of conditions in the Damascus area. Despite evidence of dire living conditions and continued persecution by President Bashar al-Assad’s regime, last week Danish authorities ruled that the area that is considered “safe” enough to return, has expanded. Despite Denmark’s opinion of the situation, evidence shows that there has been next to no rebuilding, basic services remain scarce, and the food prices have increased by 230%, making access to food that much more difficult. Depending on who you ask, what is perceived as a country known for its progressive, tolerant and open-minded society, is now the first European country to revoke the renewal of residence permits to 189 Syrian refugees.

Now stories of immigrants that have assimilated into Danish society and are subject to reassessment or eviction, have become increasingly frequent. Most recently, Syrian born Aya Abou-Deher received a letter from the government stating the extension of her residence permit has been denied. The current government of Mette Frederiksen confirmed to the parliament that despite the recent “improvement” of living conditions in Damascus, no forced returns would be carried out, as the diplomatic relationship between the two countries is strained. So in the case of Aya, and others like her, the plan is that they will end up in Danish camps, such as the Lindholm island project, awaiting deportation to other countries. Another option would be to build a case against the government, which many have been doing. Many of those at risk are women and older people, who face being separated from their children. Men are targeted less as the Danish government recognizes they are more likely to be drafted by the Syrian military or punished for evading conscription.

The Danish Refugee Council notes that the decisions by the Appeals Board did not consider the obvious risks Syrian nationals might face upon return. UNHCR regional representative Henrik M. Nordentoft echoed similar sentiments and added that the bill “cannot change the fact that the international refugee regime, including the 1951 Convention on Refugees, regulates in detail when refugee status can be terminated.” Based on the decisions of the Danish Immigration Service, around 350 cases are up for reassessment just from rural Damascus, and even more, are expected to be reassessed regarding the entire Damascus area this year. The possibility of stripped residencies that Syrian nationals face will put many lives of these well-functioning members of Danish society on hold.

In July 2020, Muhammad Aslam, who has lived in Denmark for 30 years, raising his four children in Mjolnerparken, was at risk of being rehomed or evicted due to a law passed in 2018 aiming to change the social and ethnic makeup of “ghettos”, costing the government 2.8 billion euros. This approach is part of the “One Denmark without Parallel Societies – No Ghettos in 2030” plan proposed by the previous centre-right government led by Lars Løkke Rasmussen yet it is still being pushed through by the current more left-leaning coalition led by Mette Frederiksen. Proponents of this measure say that this is a much-needed tool to deal with high rates of gang violence and high unemployment rates in those areas, an issue many Danes increasingly worry about as it poses a threat to the general well being of citizens. In June of 2020,  the Minister of Immigration, Mattias Tesfaye demanded to accelerate the reassessments of hundreds of Syrian nationals from the Damascus area based on the Danish Aliens Act and has shown dissatisfaction with the Social Democratic government. The Minister of what at the time was housing, and now is interior, supported this plan as it ensures “mixed cities in Denmark” and consequently strengthens the cohesion of the Danish welfare society and, “provides more equal opportunity for all children and adults”. Despite these valid concerns, no other European country has attempted to relocate its citizens in this way in an attempt to reduce crime.

Many might think that these relocation measures are made to improve the livelihood of all citizens, to avoid further ethnic or religious divides, ensure the endurance of social cohesion and that these laws are not made to target non-whites, non-Danes, non-Westerners. However, in Aslam’s case, the attorney representing him and 11 other residents, compares the targeted ethnically diverse area of Mjolnerparken with a similar area called Byparken in the Danish town of Svendborg, which has similar socio-economic challenges but is predominantly white. This begs the question, how genuine are these concerns from the government if they are not applying this plan to all underprivileged residential areas? If you dig deeper, there is tangible evidence that Denmark may be purposefully targeting non-Whites and non-Westerners. The “no-Ghettos” law states that the share of non-Westerners should be capped at 50%, arguing that it is those with ethnically diverse backgrounds that largely contribute to the issues they are trying to solve. Yet, even if that were true, forcefully taking people out of their homes will not necessarily solve the issue, but possibly further exacerbate it. Critics of this law argue that this will not solve the increasing crime rates and low unemployment levels but will only stigmatize Danes with diverse backgrounds, especially people of colour and Muslims.

How did Denmark get here?

In the 1960s and 1970s, Denmark, which was once a homogenous nation, accepted many guest workers as the economic demands of the country were rising, and many of them settled. As the economic boom subsided, Denmark turned inwards. Over time, Denmark’s immigration laws have become stricter and stricter. In 2015, Denmark cancelled the UN settlement program. Since then, many laws have been passed that have made Denmark an increasingly difficult place to integrate and assimilate into. The political arena in the country has become affected by the far-right populist ideologies of the Danish People’s Party, and the Social Democrats are no exception. What was once a country that focused on long-term integration and equal rights has become one aiming for “zero asylum seekers”. Paradoxically, this course of action has come at a time where Denmark has received the lowest number of refugees in 30 years. Last year, only 1547 people requested asylum in Denmark, which pales in comparison to its neighbours. Despite being an active member when it comes to refugees and legal issues, Denmark does not subscribe to EU rules and has refused to participate in a voluntary distribution agreement with the EU.

In parallel, Danish society has also become more polarized over immigration issues. There is a big chunk of the population that remains open and welcoming, and another that is warier. As this wariness increases, the Social Democratic party, with influence from the far-right, is forced to continue with its anti-immigration regulations if it wants to keep its voters for the next elections. However, it can probably expect to lose a large chunk of them too, as many people on the other side of the spectrum have shown discontent with the government’s actions.

Denmark’s actions have not gone unnoticed by the international community. Many condemn them, yet many may follow suit. And that is where it can get dangerous. If unstopped, this form of divisive politics will continue to seep into neighbouring anti-immigrant European movements, legitimizing their discriminatory and exclusionary ideologies. When looking at UK’s pro-Brexit campaigners, ending Muslim immigration was part of their agenda. After the UK did leave, these xenophobic sentiments spread to targeting Poles, Romanians, Latvians, and other eastern European populations. It is difficult to say what will happen to the Danish far-right movement once it reaches its goals, but by following in the steps of the UK, it is likely that they will find other victims to discriminate against, and the wheel will keep turning. Denmark will continue to systematize the unjustified fear and discrimination of non-Westerners. Looking back at history, and taking what it has taught us, we need to remind ourselves that prejudice, bigotry and fear will not benefit us in the long run, and will most likely aggregate the already existing tensions between the West and our Muslim neighbours.