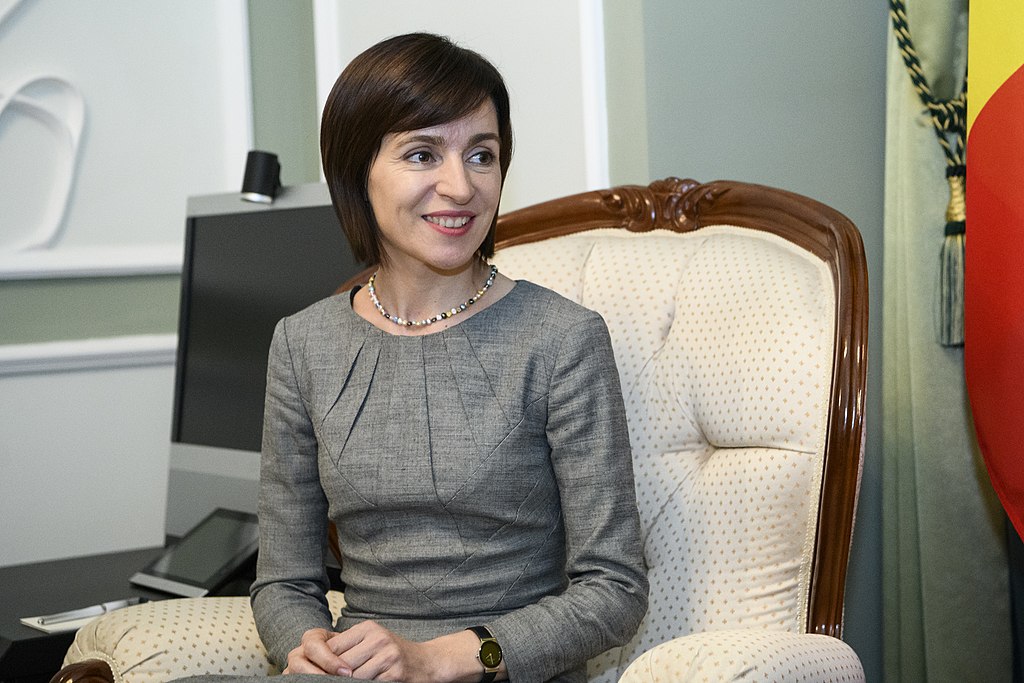 During the US elections, one could not get enough of all summaries, updates and analyses that were published worldwide at any time of the day. Kamala Harris, president-elect Joe Biden’s first female and black vice president, was constantly written about. On Twitter and Instagram Harris became trending and she is considered as a strong new leader and an example to the younger generation. However, with elections taking place closer to home, as recently in Moldova, there is relatively little information on these elections. If you compare the amount of attention paid to the elections in the US and the elections in Moldova, the difference is remarkable. Moldova has chosen a pro-European and female candidate for president: Maia Sandu. Sandu will become the first female president of the country and yet nobody seems to be talking about it.

The battle for power

After the fall of the Soviet Union in 1991, Moldova gained independence a year later. Since then, the country has been divided between two camps: those favouring close relations with Europe and those preferring strong links with Russia. The election was seen as one being critical to the future of the country. Dodon had close ties with Russia and Russian President Vladimir Putin identified Dodon as his preferred candidate. Sandu however, is pro-Europe and promised in her campaign to secure more financial support from the EU.

In 2016, Maia Sandu was defeated by less than 5 percent by Dodon in the second round. As a result, Sandu warned her supporters about the potential foreign interference and fraud to affect the outcome. Sandu won the presidential election in Moldova against Igor Dodon, the incumbent president. On Sunday 15 November 2020, Sandu won with 57,7 percent of the vote against 42,3 percent for Dodon. In the first round, held on November the first, no candidate received a majority of the votes, which resulted in a run-off between the two candidates.

Moldova is one of the poorest countries in Europe and 1,2 million of its people are estimated to be living abroad. The nation only consists of 3,5 million people. The coronavirus pandemic influenced the elections with no doubt: Moldova has suffered a heavy social and economic toll as it tallied close to 89,000 cases and over 2,000 deaths. Closer ties with the EU are thus seen as necessary in order to build political stability and economic recovery. Sandu promised change and said that she would work in the interests of the Moldovan people: “People want the ones in power to offer solutions to their problems’’. But for the Moldovans, the most important thing for her to do is tackling corruption in the country.

During her election campaign, Sandu relied heavily on the people who sought refuge abroad. The Moldovan diaspora no longer consists of “guest workers’’, but of people like her: educated, ambitious and homesick, she said. Due to her understanding of the people living abroad, Sandu could rely on the support of a large percentage of the Moldovan voters abroad: 250.000 Moldovians in diaspora voted for Sandu. The number of diaspora Moldovans showing up to cast their ballots was unprecedented.

With Sandu, Moldova has chosen a president who is positive about rapprochement with the EU. Sandu, with a history at the World Bank, is known domestically as a fierce anti-corruption fighter, something the poverty-stricken country could use well after years of political crises and corruption scandals. Strengthening the economy is her main goal.

Sandu is expected to rebuild Moldova’s foreign policy. Dodon was pro-Russian which resulted in Russia being the only country with which Moldova had good and strong relations. Moreover, Moldova became isolated on the international level. However, experts say that Sandu will not cut ties with Moscow; instead, she will establish a more pragmatic relationship. Sandu stated in her speech that Moldova will build a ‘’balanced foreign policy based on Moldova’s national interests and a pragmatic dialogue with all countries’’. Sandu’s victory will result in new foreign policy and closer ties with the EU and neighbors like Romania. Commission chief Ursula von der Leyen tweeted:

Your victory is a clear call to tackle corruption and restore respect for the rule of law – the path to a prosperous future.

The EU is ready to support Moldova 🇲🇩

However, Konstantin Kosachyov, the Kremlin-allied chairman of the Foreign Affairs Committee in Russia’s parliament, seemed more critical of Sandu’s plans and said that ‘’any effort to shun Russia would fail’’, warning that tight integration with the EU would push Moldovans into a cul de sac, ‘’and fairy tales about a happy European future will not get them out of it’’. Moreover, Russian state media had run many critical stories of Sandu ahead of the election. Nonetheless, Putin congratulated her on her victory via a telegram.

Sandu is expected to fight corruption, bring back transparency and re-establish a higher level of democracy. Dodon was not able to offer that. Nicu Popescu, Moldova’s former Minister of Foreign Affairs, now director of the Wider Europe Programme at the European Council on Foreign Relations (ECFR), said the following: “Moldova’s case, Belarus’ case show their high demand for democracy, not for fake news peddlers, and there’s high demand for anti-corruption and this is positive news not just for Moldova but also on a wider European scale.’’

The elections have shown that women can indeed bring about change in times of political instability and economic decline. People believe in Maia Sandu and her abilities. But there seems to be little support when looking at the international level. When Kamala Harris won as vice president, there was cheering and clapping. But with a woman making a historic victory closer to home, things remain silent. Let us celebrate all the victories for women, not just the ones that take place across the Atlantic.

Image by the Cabinet of Ministers of Ukraine.