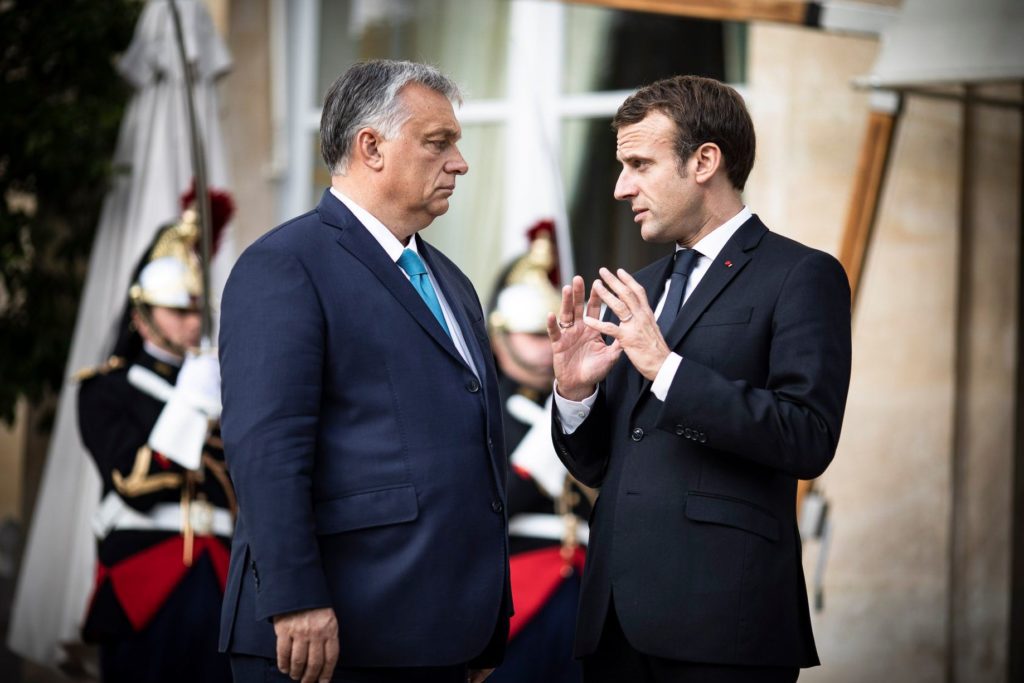 An interesting partnership between Hungary and France

On the 13th of December, President Emmanuel Macron visited the capital of Hungary as part of his tour to the 26 European capitals before the French presidency of the European Union (EU) starting in January 2022. During his trip, he attended a summit of the Visegrad countries (Hungary, Czech Republic, Poland, and Slovakia), held a bilateral summit with Prime Minister Orban and met with the main leaders of Hungary’s opposition.

Before starting the discussion about common issues, Orban greeted Macron with an interesting welcome speech. He pointed out that there are mutual objectives between France and Hungary, like EU defense, agriculture, and nuclear energy, which could be a good basis for further cooperation. He also emphasized that he believes patriotism and European strategic autonomy are important issues for both Hungary and France. With this speech, he set a positive tone for the negotiations, which seemed to result in strong cooperation despite ideological differences.

The two leaders also agreed on the need to protect the EU´s external borders and the necessity of the reform of the Schengen zone. The concept of European strategic autonomy was present nearly in all discussions. The leaders stood for the EU to be independent through agricultural self-sufficiency and energy supply, including nuclear energy. Both Macron and Orban were in favor of a European Defense Union.

In addition to the successful negotiations with Prime Minister Orban, Macron also met with the main figures of Hungarian opposition.  He wanted to show that he does not agree with Hungary’s Prime Minister on certain matters, including the question of the rule of law. According to the members of Hungary’s opposition, Macron promised that during the French presidency, the rule of law mechanism would be activated, preventing Hungary from receiving money from the European Reconstruction Fund due to corruption concerns. Further, Macron explained his concern over the lack of media pluralism in Hungary. Last, but not least, he highlighted that the fight against discrimination is at the heart of the European project, indicating that France will not be lenient on Hungary with violating the human rights of certain groups like LBMTQ+.

However, Macron remained diplomatic and said: “It is Hungary’s and Hungarian constituent’s choice if they want to engage in the European project or not.” The French President’s aim was to ensure that despite of Hungary’s violation of the rule of law, during the French Council presidency, he will not interfere in the domestic politics of a member state

Before the beginning of the French Presidency, Macron’s motivation to visit Budapest stemmed from the need to finish his tour of the 26 capitals of the EU member states. The outcomes of the negotiations were in line with the priorities set for the French Council Presidency: Reforming the Schengen agreement and defending the European social model were mentioned in the agenda, and he managed to discuss both in Budapest. Nevertheless, there were many other reasons for Macron to visit Budapest.

As France began its Presidency in January, it temporarily gained a bigger influence in the EU. To maximize its national interests, Macron is trying to balance Germany’s influence in the EU. He held multiple meetings with Central European leaders, including the visit in Budapest; these countries are economically heavily dependent on Germany. By building stronger diplomatic relationships with countries which are usually not allies of France, and by signing the Franco-Italian Treaty, he wants to balance German influence in the EU. His goal might be to become the new “European leader” after Angela Merkel left the political stage this year.

With spring approaching, both Hungary and France are getting close to presidential elections, therefore using every possibility to strengthen their image towards their voters. The two far-right presidential candidates in France, Le Pen and Zemmour, have already visited Orban, so it was Macron’s term to show French voters that he is also able to sit down with Prime Minister Orban.  In addition, he used his trip to gain more popularity among sovereigntists,  who view Orban as a role model in anti-immigration campaigns. Meanwhile, Orban labelled the meeting as a success: an alliance with one of the main characters of the EU shows that he is not isolated and still influential in European politics.

Lessons to draw from Macron’s visit

As it has been debated in many online forums, Macron’s visit in Budapest was a surprising step towards Macron’s political goals. He succeeded in strengthening his domestic’s political position by establishing new partnerships in EU politics. In addition, he showed that he is dedicated to the priorities of the French Presidency of the European Council, and he is even willing to put aside his ideology to build a better Europe.

Macron said “Whatever our political sensibilities, whatever our choices, we must work together for our Europe,” after calling Hungary, “political adversaries, but European partners at the same time.”

After Macron’s visit Budapest on 13 December 2021, we can conclude that despite the ideological differences, cooperation is possible.