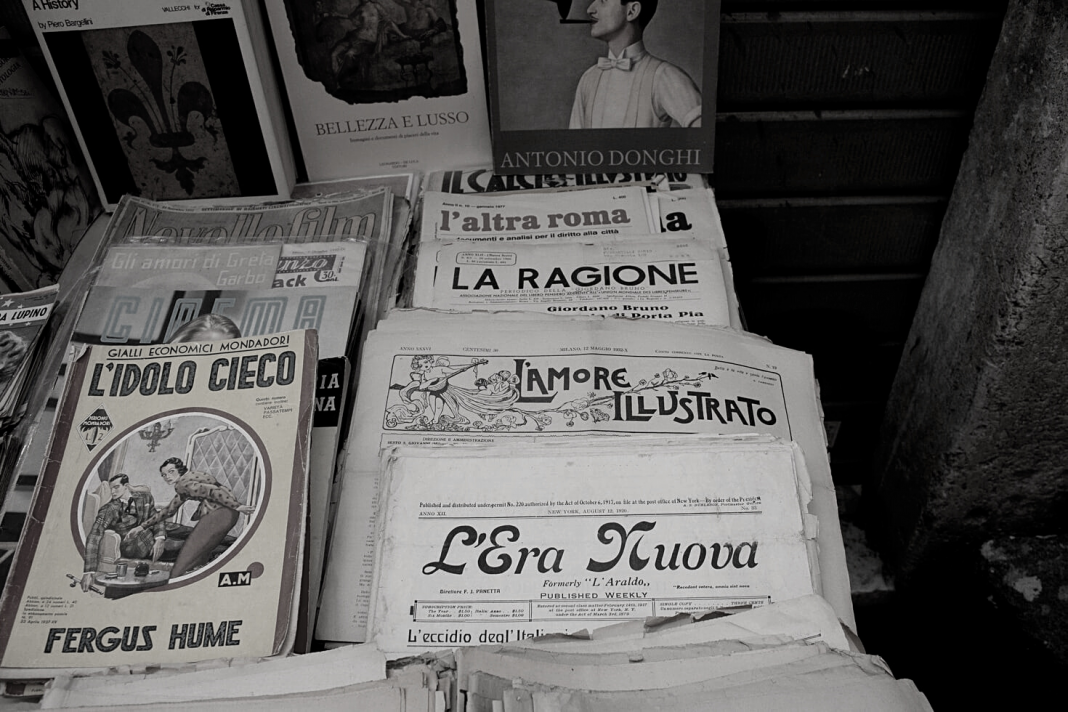 Romanian philosopher Emil Cioran once wrote: “It is no nation that we inhabit, but a language.” Indeed, territorial boundaries are often not enough to build a cultural identity. A country that might come to mind in this regard is Italy, for centuries known for its linguistic diversity and its love-hate relationship with its hundreds of dialects.

Indeed, Italy has about 30 languages spoken all across the peninsula, each with its own dialects and accents. A crucial distinction needs to be made between languages and dialects. Linguistically speaking, dialects are local variations which have evolved directly from a more widely-spoken common language. These languages are largely independent and develop in parallel with one another.

This unique cultural mix is recognised, to an extent, in the Italian constitution, which provides three regions with semi-autonomous powers to maintain their full bilingualism. Respectively, these regions speak French, German and Slovene alongside Italian, providing public services in both languages and teaching those languages in public schools. This is crucial not only because such regions sit on the border with non-Italian speaking countries, but also because throughout the turbulent Italian history these territories often changed sovereign authority and therefore contain a mixture of cultures. Together with these measures, Article 6 of the Italian constitution strives to preserve this linguistic richness and complexity. Law 482/1999 specifies that these protections apply to twelve linguistic minorities. These twelve include languages like Sardinian and Franco-Provençal, which are quite distinct from standard Italian. However, this list, despite being written expressly to be more inclusive, remains incomplete.

A prime example of this incompleteness is the treatment of the Piemontese “dialect.” Piemontese is described by most linguistic authorities, including UNESCO, as its own unique language. It has a unique grammatical structure, its own vocabulary, it developed independently from Italian, and is spoken worldwide by over two million people. While primarily spoken in Piedmont, its region of origin in northwest Italy, it has a notable presence in diasporic communities, particularly in Argentina. Several prominent Argentinians, including the current Pope, recognise Piemontese as their mother-tongue rather than Italian. There are eight dialects of Piemontese spoken across the region of Piedmont, each boasting their own rich linguistic traditions and enchanting literature.

Despite these facts, Piemontese is described by the Italian government as a dialect and is not a constitutionally protected language. One could argue that official recognition by the state is merely a formality, and not vital for a language’s survival. And yet, Piemontese is judged by UNESCO to be “definitely endangered.” One reason for this is that Turin, Piedmont’s capital, was at the centre of large waves of internal migration over the previous decades. In only five years, from 1958 to 1963, around 800,000 Italians from the country’s south moved to Turin, mainly to work for FIAT. With this influx, it is clear why the percentage of Piemontese-speaking inhabitants of the region has dipped over the years. This sort of demographic change is not necessarily problematic: on the contrary, it is a natural by-product of any evolving community. However, the Italian government has not done much to protect regional languages whose prominence has been diminished as a result of this change.

To counteract the diminishing status of Piemontese, there should be a renewed efforts to preserve the language within the region. Piemontese classes, currently only available in private schools, should become an option in Turin’s public schools as well, either as a mandatory course or as an extracurricular class. Just like any other language, the teaching of Italian dialects can be beneficial for children’s development, exposing them to vocalizations and pronunciation rules which are different from those of Italian. Moreover, having access to the vast body of literature written in dialects and regional languages is of immense value to one’s personal education and knowledge of one’s regional history and culture. Such teachings should be free and easily available, as linguistic minorities transcend social class.

Adding other protected languages to the Italian constitution would provide a legal basis to promote the accessibility of language learning and even bilingualism throughout the peninsula. This is vital not only to preserve traditional Italian languages but also to accept new languages in the aftermath of large waves of migration, such as the growing Arabic-speaking community. Guaranteed protection for linguistic minorities does not mean imposing those languages, but merely recognising them and making more resources available for those minorities to persist. Perhaps more criteria need to be established as to what constitutes a linguistic minority, such as number of speakers, history, or whether it has standardized grammatical rules. As it stands, Article 6 of the Constitution of Italy is inadequate. For it to become more representative of the country it governs, it must expand its list of protected languages and improve its efforts to preserve them.

Photo by Emily Levine on Unsplash