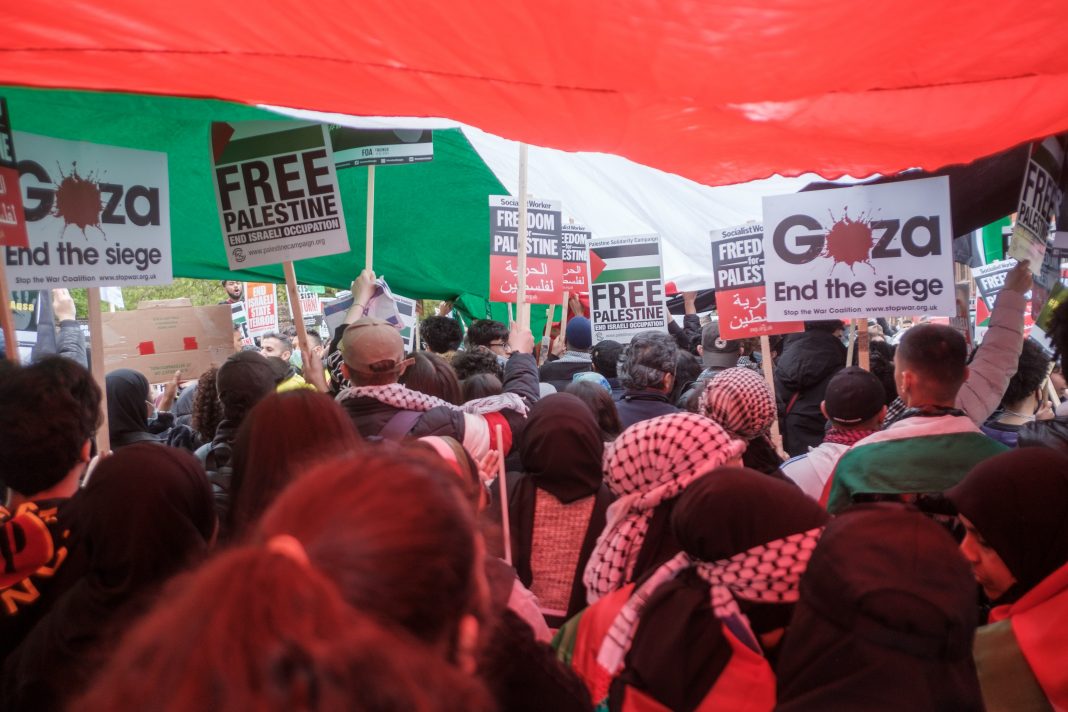 In one of its most recent attempts to silence and stifle Palestinian civil society, Israeli Minister of Defence, Benny Gantz, designated six human rights organisations – Addameer, Al-Haq, Defense for Children International (DCI) – Palestine, the Union of Agricultural Work Committees, the Bisan Center for Research and Development, and the Union of Palestinian Women Committees – as “terrorist organisations”. Whilst Palestinian human rights organisations have long endured smear campaigns and fought for their right to advocate or even exist, on the 19th of October, the Israeli Defence Ministry used the 2016 anti-terror legislation to accuse these organisations of being operated by and existing for the benefit of the Popular Front for the Liberation of Palestine (PFLP), designated by the United States, European Union, Canada and Israel as a terrorist organisation. As Mohammed El-Kurd wrote in his article, this designation “comes as an extension of the far-reaching crackdown on political organising and speech following the May 2021 uprising”.

This move was taken prior to consulting with Western partners, with the US demanding clarifications from Israel. The accusation was justified by Israeli security forces apparently finding evidence of senior members of the PFLP using these organisations as meeting spaces, going as far as saying that documents were forged for the purposes of raising donations. However, Israel is yet to prove the Palestinian NGOs have definitive ties with terrorist organisations. European Union High Representative, Josep Borell said, “we are asking for answers from the Israeli government, and we have not yet received convincing answers”. The Israeli military frequently targets human rights organisations and as its occupation of Palestine has deepened, non-compliance with international law has continued and human-rights violations have worsened. As Adalah – the legal justice organisation – wrote, “their designation as terrorist organisations fits totalitarian and colonial regimes and constitutes political persecution under the pretext of anti-terrorism legislation as it puts thousands of Palestinians in direct and immediate danger”. Counter-terrorism action must follow humanitarian and human rights law, which means respecting the rights and freedoms of association. It cannot be applied to legitimate human rights and civil society organisations. To Palestinians, this is yet another bid to criminalise Palestinian civil society.

Following the establishment of the Oslo Accords and subsequently the Palestinian Authority, Palestinian civil society emerged at the forefront of the Palestinian struggle, taking the leading role in documenting and challenging Israel’s reoccurring crimes to this day. Addameer provides legal and social support for Palestinian political activists held in Israeli prisons. Israeli police is known for detaining and arresting Palestinians with no legitimate cause and placing them in prison with no trial where they experience torture and degrading treatment. Al-Haq has spent decades protecting and promoting human rights in the Occupied Palestinian Territory. It has special consultative status in the United Nations Economic and Social Council and has been awarded range of international awards for its valuable work. Since 1991, Defence for Children International  has investigated, documented and exposed grave human rights violations against children in Palestine. It has provided legal aid, held Israeli and Palestinian authorities accountable to universal human rights principles, and advocated for access to justice and protection of children.

There have been instances where Palestinian children have been injured and even killed by Israeli forces for protesting the illegal construction of settlements in their neighbourhoods. During the deadly attacks on Gaza in May of 2021, many died for the sole reason of being Palestinian. Union of Agricultural Work Committees contributes to the agricultural sector’s development, “through empowering farmers steadfastness and sovereignty on their resources within a sustainable community-based liberational developmental framework”. Afterall, it’s not unusual for settlers to destroy and steal Palestinian olive tree harvests, a key source of income for Palestinians. The Bisan Center for Research and Development helps the poor and marginalized in their struggles to achieve their socio-economic rights in the context of national and democratic liberation in Palestine. The Union of Palestinian Women Committees is a progressive feminist organisation which aims to improve the status of Palestinian women. Like all of these organisations, it is an integral part of the Palestinian national movement that struggles to rid itself of Israeli occupation.

Both Palestinians and the international community rely on these organisations for help and the gathering of data documenting Israel’s frequent human rights violations. Designating them as terror groups delegitimizes their activities and puts their staff at risk of prosecution. Given that Israel retains qualities of an apartheid state, these allegations are yet another form of discrimination and repression, reinforcing the right of Israeli police and settlers to treat Palestinians as second class citizens. The terror designation effectively bans the work of these human rights defenders, and allows the Israeli military to arrest their staff, shutter their offices, confiscate assets, and prohibit their activities. It provides a basis for pressuring international funders to withdraw their support and financially suffocate the NGOs. It leaves Palestinians even more vulnerable to the hardships endured under Israeli prosecution.

UN experts condemned these actions, saying, “silencing their voices is not what a democracy adhering to well-accepted human rights and humanitarian standards would do”. The International Federation of Human Rights (FIDH), the World Organisation Against Torture (OMCT) and the Cairo Institute for Human Rights Studies (CIHRS) expressed their unwavering support the six NGOs in the face of the latest attack by the Israeli government. The Irish Minister Simon Coveney issued a statement in which he expressed concern for the terror designation. However, this is as far as solidarity with Palestine usually goes – lots of words, and no action. Without the support of dominant hegemons seated at the Security Council, it is our responsibility as citizens of complicit governments to pressure and demand the freedom of Palestine.