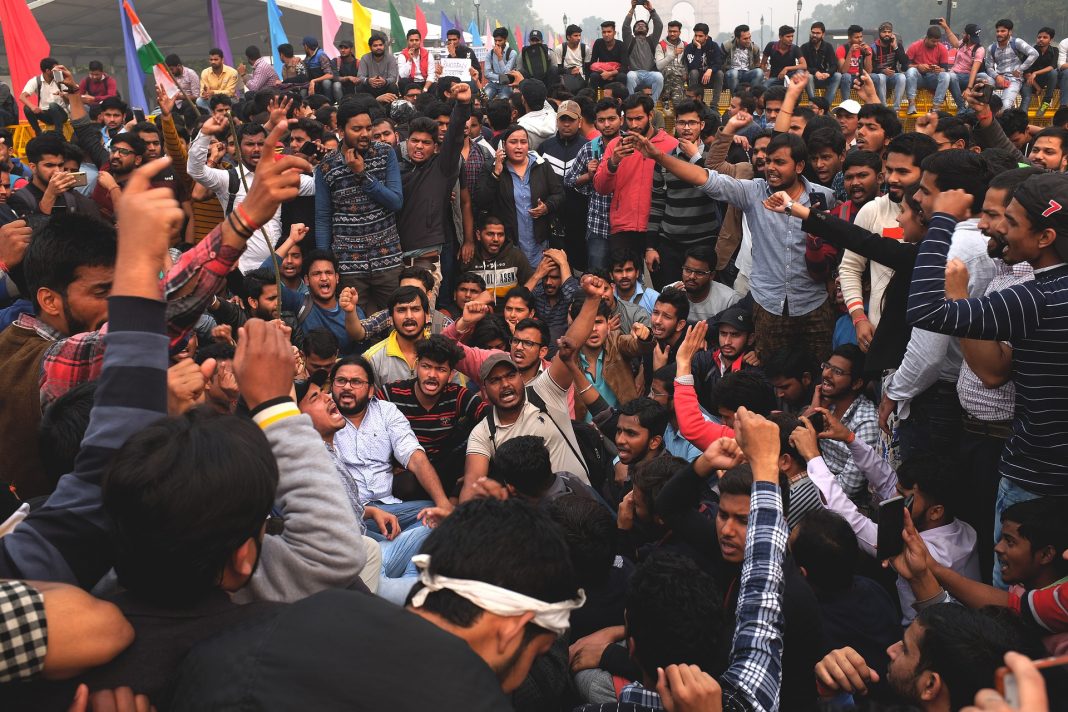 A slogan held at a peaceful protest in Mumbai, read, “I am German and your grandkids will be really pissed at you,”. Since the passing of the controversial Citizen Amendment Bill on the 9th of December last year, India has witnessed a string of protests beginning with the crucial retaliation by Jamia University students in Delhi, which met with horrific police brutality. International Relations Scholars have gone so far as to compare the Bill to the infamous Nuremberg Laws implemented by Nazi Germany, that deprived German Jews from citizenship.

As stated by the majority-led BJP government, the Citizen Amendment Act aims to grant citizenship to Hindu, Sikh, Christian, Jain, and Parsi illegal migrants seeking refuge in India from religious persecution in Afghanistan, Bangladesh or Pakistan. While the intention of the Bill may be noble, what has led to national outcry is the clear exclusion of Muslims. In particular, it is the combination of the CAA with the possible future implementation of the National Register of Citizens, which has sparked anger and dissent amongst netizens.

The NRC requires citizens to prove their nationality through primary official documents. Documents that poor, adopted and misplaced individuals may or may not own. Failure to provide proof will result in them being sent to detention centers, which is already taking place in the state of Assam. Thankfully with the CAA, they will be granted quick and easy citizenship unless of course, they are Muslim. Several BJP leaders and Home Minister Amit Shah, regarded as the ‘invisible’ prime minister of India, have not shied away from displaying their ‘Hindutva’ agenda and Hindu supremacist ideology. Once lauded as a secular state, India is in danger of becoming a theocracy.

The government certainly did not anticipate this level of backlash and retaliation, which is why they resorted to quick propaganda tools to prevent the spread of “misinformation”, such as highlighting people and groups that support the Act, providing a telephone line to citizens to show their support, relying on the credibility and legitimacy of Bollywood celebrities and deflecting attention on Pakistan. However, the international scrutiny of the law and horrific police brutality on students, have only strengthened the fire raging against this fascist government.

As large continued protests have assembled across the country, displaying the same determination as Hong Kong, the eruption of violence, insecurity, and anger amongst citizens is prevalent. A greater concern is the opportunistic ignition of discrimination and violence against Muslim citizens in India. Additionally, the aggressive targeting of students by nationalist-extremist groups is not only worrisome but reflects the perils of growing Hindu Supremacy.

The implementation of the anti-Muslim CAA and NRC challenges the very democracy and secularity of India. What is truly exemplary, is seeing the youngest democracy in the world being united, taking a stand and refusing to be intimidated. With growing international scrutiny, global and domestic protests, the hope is not only that the Bill is retracted but that the government gets a much-needed reality check. As George Santayana stated “those who cannot remember the past are condemned to repeat it”.

Image by Михаил Мамонтов from Pixabay