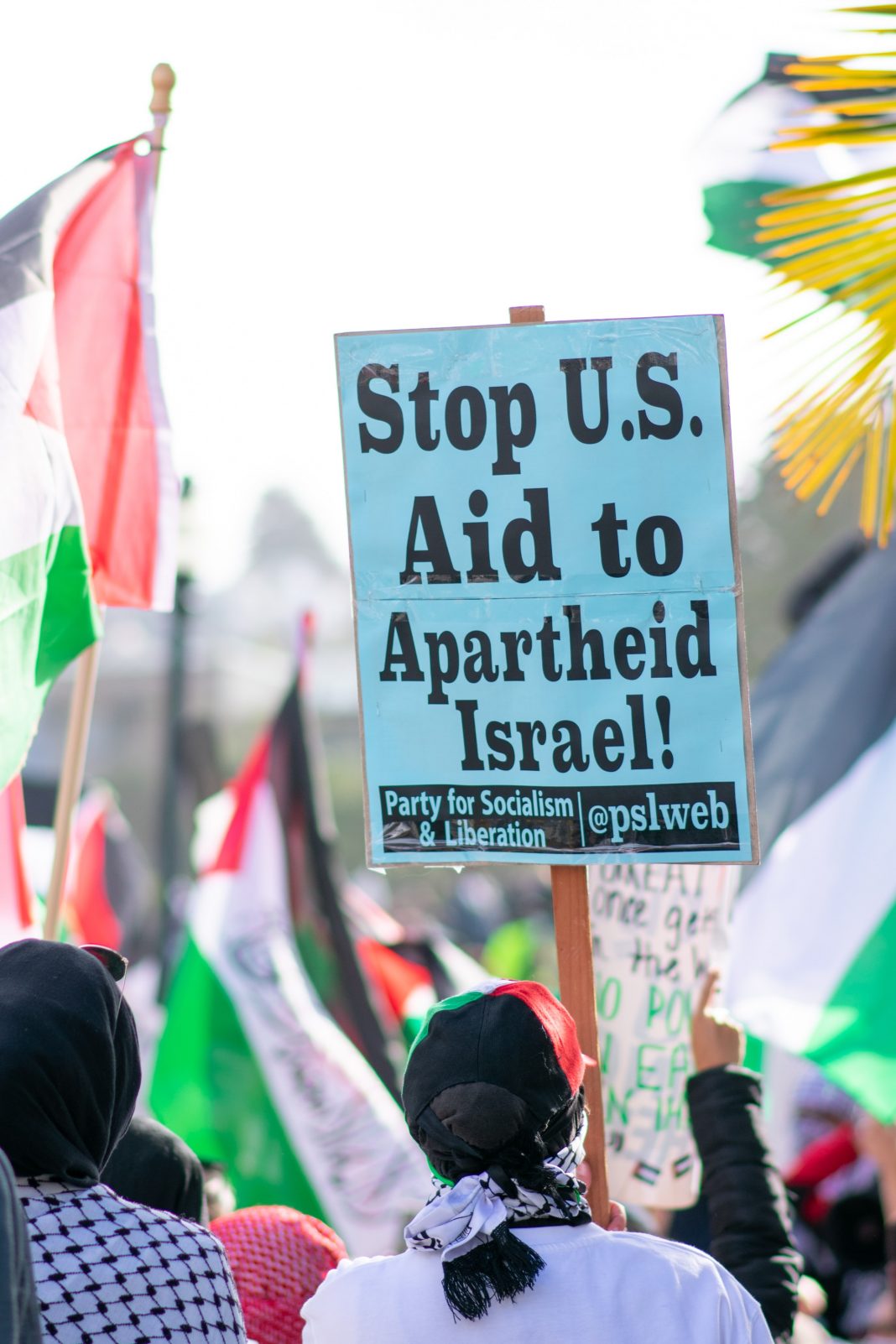 While Israel and Palestine seemed to be balancing on the verge of a full-blown war since last week, the international community is scrambling to de-escalate. Just yesterday, the fighting parties announced a ceasefire. Before that, long-term allies of both sides have spoken out against the hostilities but a coordinated international response, for now, falls on deaf ears. Close neighbour Jordan, though officially maintaining neutral ties with Israel, has pushed Israel’s diplomatic envoy in Jordan to condemn the attack violence around the Al Aqsa mosque. In Iraq, supporters of the prominent Shi’ite cleric Moqtada Sadr took the streets. Sadr accused the Gulf states of canoodling with Israel out of economic interest and betraying the Palestinian cause, referring to the Abraham Accords stemming from the Trump era. In the meantime, the Gulf states are in a precarious position as they navigate the unchartered waters of a conflict situation post-peace negotiations, while balancing the existing sympathies that many Arabs share for the Palestinian people.

The statements by other prominent actors, including the UAE, Egypt and Iran, were similar in sentiment, yet it remains to be seen what mediating role the neighbouring states wish to take. Other eyes are set on the United States and the United Nations, yet we should not expect too much from the United States as President Biden was caught off-guard by the sudden unrest between Israel and Palestine. Some even suggest that the historical alignment between the US and Israel will very quickly unravel in a post-Trump era. There is currently no American ambassador in Israel and except for a lacklustre and repeated statement where the US acknowledges Israel’s right to self-defense, no concrete steps have been taken by the President who is presumably preoccupied with salvaging the United States’ internal divisions and inequalities. For the past week, the US has refused to unite behind a joint statement of the United Nations Security Council (UNSC), despite mediation attempts by China, Norway and Tunisia, hence essentially stifling the soft power asset of the UN’s most powerful organ to set the stage and position itself with regard to the conflict.

The United States’ long-standing loyalty to Israel is naturally brought into the negotiation chambers of the UN, hence it is hard to ignore the signs of another S and China standoff in the UNSC, in this case at the expense of the Israel-Palestine conflict. The two rivals are not unfamiliar with vexing each other in high-level meetings as we have seen this happening in 2014 and 2017. In an environment where the US is slow to respond while Middle Eastern states are caught up in intricate layers of cultural sensitivities and multilateral agreements, it is worthwhile to investigate China’s stake. The Global Times quoted an expert saying that “the US doesn’t want to give the credit of mediating the Palestine-Israel conflict to China, especially when China is the president of the UNSC. This is a key reason why the US is reluctant to let the mediation work go through the UNSC.” Other accusations of the Chinese include a shady reprimand pointing out that the US is perhaps not the staunch supporter of human rights as it used to be.

Over the course of recent history, China has struggled to juggle its interests in Palestine and Israel. Their overall approach has been a haphazard attempt to have it both ways: keeping both at bay but maintaining close enough relations so as to safeguard economic and diplomatic interests. Since 1992, after the negotiations between Israel and Palestine, normalization agreements have been pursued by both parties. China considers Israel to be a close ally because of its potential to serve as a bridge to Western Europe. Additionally, the economic and technological cooperation, as well as military exchanges, are advantageous for both states, much to the United States’s dismay. Infinity Group manager Gal-Or described Israel as a centre of innovation, “… a parallel to Silicon Valley”. However, increasing tensions between China, the US and Israel have led to a power triangle in the tech field and Israel is not likely to give up on its long term overseas ally. Overall, Israel seems rather reluctant to engage with China as they fear that the US-Europe power equilibrium might be disturbed. Another cause for scepticism on the Israeli side is the strategic agreement between China and Israel’s arch-enemy Iran.

When it comes to China and Palestine, China’s track record is equally mixed. In 2017, Beijing hosted the Palestinian-Israeli Peace Symposium, China reiterated that it had always upheld its claim to support the establishment of an independent Palestinian state that enjoys full sovereignty, with East Jerusalem as its capital and based on the 1967 borders. However, upon further inspection, one can see that China’s ‘upheld claim’ was conveniently emphasized after the rejection of Trump’s resolution to declare Jerusalem as the capital of Israel. Hence, China’s motives to support the Palestinians and their quest for self-determination is perhaps more a strategic move to nag the US rather than a sincere expression of sympathy for the Palestinian cause. Beijing’s track record also shows some discrepancy when it comes to their commitment to the Palestine cause. Both the 2013 four-point statement as well as the 2017 peace proposal feature a concrete pledge to guarantee an independent state, based on the 1967 borders. When looking at the statement, one must pay attention to dual developments happening around that time. First, the Trump resolution to declare Jerusalem the capital and secondly, China’s efforts to push their Belt and Road Initiative (BRI), using the Palestinians as a side door to generate some goodwill from the Arab states.

China as the protector of Palestinian Muslims

Another dimension of the China-Palestine relationship centres around the question of religion. When discussing the recent events at the latest UNSC meeting, Chinese Foreign Ministry Spokesperson Hua Chunying said that ‘the lives of Palestinian Muslims are treasurable as well’. The irony of such a quote cannot be escaped as China is suspected of systematically killing and jailing the Muslim Uighur minority in China to such an extent that many have spoken of a genocide. Furthermore, the particular emphasis on religion is remarkable, to say the least, especially since many prominent leaders and advocates have sought to prove that it is politics and not religion that defines the conflict. Again just like in 2017, China’s statements fit within the broader strategic framework that China is employing to befriend Muslim states in order to mask how they treat the Chinese Uighurs. Already in 2014, shortly after the Gaza war, The Diplomat reported that Chinese public opinion was split between the two camps where the government was particularly concerned about the support of Palestinians from the Chinese Muslim population, fearing that a pan-Islamitic community would trump a nationalist Chinese identity.

Overall, the China-Israel-Palestine is characterised by a very delicate balance of interest where China is dipping its toes in the water, just about far enough to keep its economic interests alive. The recent turn of events however seems to suggest that China can no longer be a passive spectator when it comes geopolitical tensions in the Middle East. The incidents at the Strait of Hormuz suggest that physical interventions, something that China has tried to avoid, have become inevitable. Both their economic interests and political legitimacy could be at stake if they choose the path of least resistance. Furthermore, it indeed seems that China does not waste a good crisis, particularly when it could serve as a smokescreen for its abhorrent human rights track record and at the same time strengthens the economic relationship with the Arab states. For now, the prospect of eroding US sovereignty by accusing them of violating basic human rights, coupled with the further consolidation of the BRI, seems to provide enough incentive for China to take the gambit on Palestine. Whether they will go all in, not necessarily referring to physical interference, remains to be seen as Israel’s market and strategic position remain a lucrative market for China, even if the pressure of the international community on Israel increases.

Photo by Patrick Perkins on Unsplash