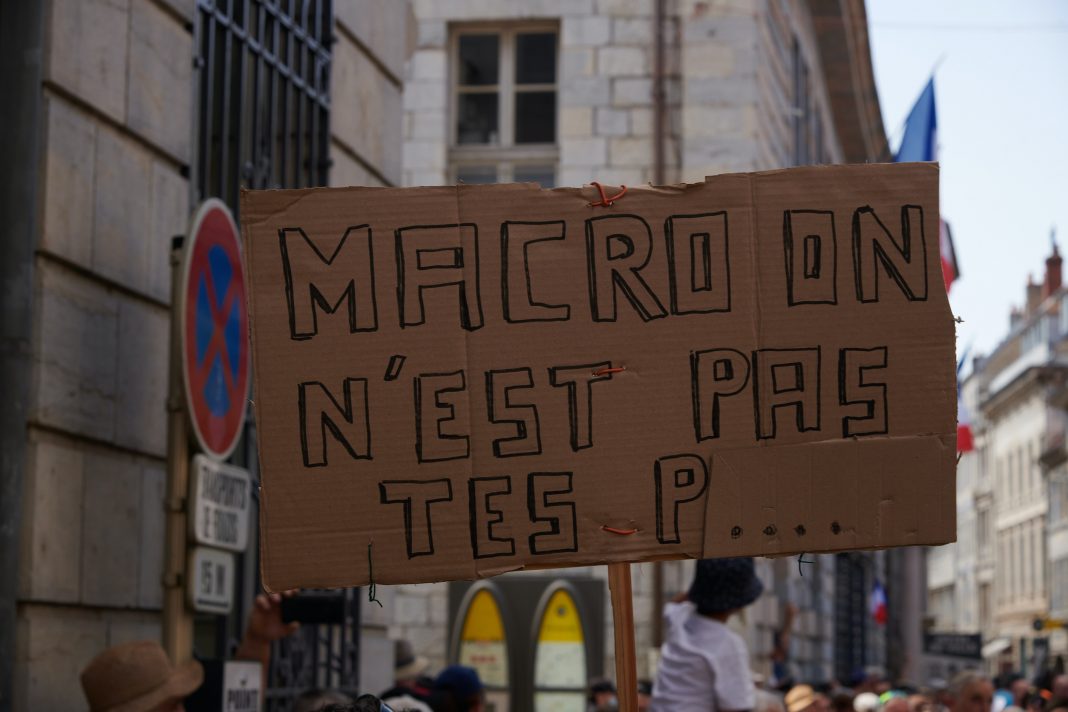 On the 15th of February 2021, French Minister for Higher Education and Research Frédérique Vidal announced that she would ask for an investigation into universities to assess the influence of so-called “islamo-leftism”. This sparked an uproar denouncing the investigation around the country and specifically in academia. Islamo-leftism or “islamo-gauchisme” as it is known in French is a term describing what some consider a conspiracy theory and others a legitimate problem. First used by far-right politicians and media the term has now made its way into the mainstream, even penetrating the French government. Islamo-leftism is used to describe what is seen as a connection between left activism such as anti-racism and postcolonialism, and Islamism, considered to be imported from American campuses. Its supporters claim that these new studies of race, decolonialism, and gender provoke a hatred of white people and the French republic. Left activists and studies that are concerned about Islamophobia are accused of being soft on radical Islam and thereby perpetuating its growth.

The pejorative term was first used in 2002 in a different context. Historian Pierre-André Taguieff used it to refer to the agreement of Islamist and left activists on Israel during the Al-Aqsa Intifada. Years later the term was re-contextualised and gained traction following the terrorist attacks of Charlie Hebdo and Bataclan. While widely discussed, even Vidal has admitted that Islamo-leftism has no real scientific meaning. Going further, the Conference of University Presidents (CPU) even denounced it as a pseudo-notion. The CPU and numerous renowned academics such as Thomas Piketty have condemned the move, likening it to a witch hunt, a new form of McCarthyism, and even comparing it to the Judeo-Bolshevism of the 1930s. National Centre for Scientific Research (CNRS) research fellow Samuel Hayat elaborates on these comparisons explaining that  “since they won’t find any Islamists in the universities, they have to rely on a concept like `Islamo-leftism´, which means nothing but makes it possible to lump all critical thinking together with terrorism”. Additionally, a group of 600 academics have called for the minister to resign.

While Macron has not spoken out in favour of the accusation and a spokesman did assert his commitment to academic independence, he has previously blamed academia for splitting France through “ethnicisation of the social question” and spoken critically about postcolonial and decolonial social science theories. Macron’s dwindling support by voters after the yellow vest movement and a dubious economic record lead some experts to infer that he might try to allure to the right via such statements to secure support in the elections one year from now.

This development is another brick in the wall of France’s already precarious history of Islamophobia and aggressive French nationalism. A recent poll reports 70% of citizens in France considers islamo-leftism to be a problem. With the term not even attempting to differentiate between Islam and Islamism, it heightens tensions and makes the absence of Muslim voices from this and other debates in France’s current culture war increasingly apparent. After a string of terrible Islamist terrorist attacks, there has been a shift in the conversation on Islam towards an acceptance of laws against Islamism but also an expression of the religion more broadly in the name of a declared war against Islamist separatism. This increasing antagonism is considered by many to endanger Muslim communities with increasing discrimination and prejudice. While the debate around Islamo-leftism is concerning for reasons of academic freedom and unscientific fear-mongering, it is also part of a much larger culture war in a country struggling with its identity in a diversifying, history-revising world.

Photo by Jordan Bracco on Unsplash