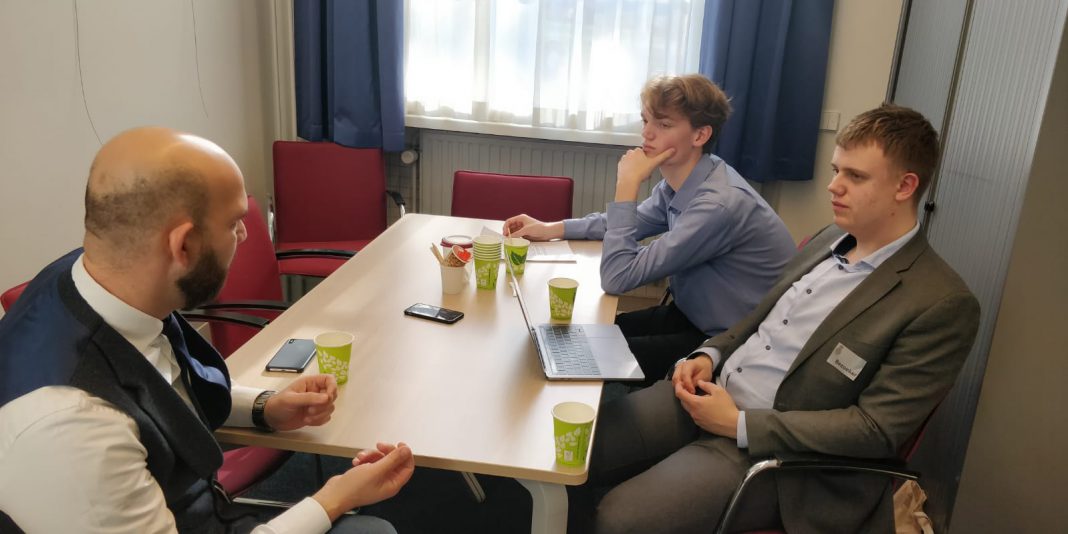 Zohair El Yassini (40) has gone from active member of Dutch political party VVD in 2009 to member of parliament in 2017. You could know him from the Second Chamber top 150 hitlist which he made with Maurits von Martels (CDA). Currently he is focused on emancipation, media and culture. Emancipation is special to him because he grew up in a disadvantaged neighborhood in Utrecht.

We asked him about his road to the Second Chamber. How did you end up in politics?
‘I was born in a disadvantaged neighborhood. My parents came to the Netherlands in the seventies. I saw people in my area go from mischief to serious criminality. Some of them never did anything with their life and are now sitting at home on welfare. But I, at young age, realized that you are not a product of your environment but of your own choices. I decided to work my way out of this. I started of stocking shelves at Albert Heijn and ended up working 20 years in business. Eventually I ended up as Director Investor relations.’

‘But what now? Do you want more? Or do you start a new dream, not only for yourself, but also for the country which has given you, as son of an immigrant, all opportunities to create a good life? I wanted to strengthen the traces of the ladder of success which I climbed. This because I want coming generations to do the same but more efficient. Politics was the best way for me to achieve this dream.’

El Yassini calls this ladder of success the Dutch Dream, similar to the American Dream. What is your advice to students to achieve the Dutch Dream?
‘What I often tell students is something which I learned when I was around thirty. Lets say you want to climb the Mount Everest. You could ask help from someone with a lot of theoretical knowledge. Somebody who knows a lot about the climate and landscape. That’s what we often do. But you could also search for someone who has climbed the Mount Everest a few times. You guys study political science. Who of you has someone outside of school, who is on a spot where you want to be? Look for someone you look up to and call or mail this person.’

So you have done this yourself?
‘Yes, this helped me a lot. I asked State Secretary for Defense Barbara Visser for advice, when I was in the provincial council. If I would now aspire to be a minister I would search for a (old) VVD minister. Ask if he or she would be willing to drink a cup of coffee once in a while. Have a talk about if you are doing the right things. Student like you should do the same.’

Is this also possible for someone who doesn’t have the right connections to find a mentor?
‘This is in a nut shell the problem we have for Dutch people with a non-western background. The Dutch Institute for Social Research has done research about why we do not have enough emancipation within these communities. One of the conclusions is that a lot of people here miss a network. There are family connections but if no one is in a position to open doors, it will still be hard to be successful. You do not start at 0 when you are from a disadvantaged neighborhood. You start at -10.’

You are VVD’s spokesperson for emancipation. How do you give these people a network?
‘Everybody has all kinds of ideas about emancipation, but I have lived trough it myself and know what works and what doesn’t. For instance, we talk a lot about a quota. This does not help. You hope for instance by placing some women in top positions, that they will open doors for others. It’s better to think bottom-up. Improving upward mobility so women can pursue a career more easily. But this doesn’t happen.’

‘We are talking about a women’s quota, because that’s just easy. Change a law and everything is solved. It does not work and it’s unfair. You will not get a good position in business if you’re a man from a disadvantaged neighborhood. They are stuck with the women’s quota. Diversity policy will be in the way of equal-chance policy.’

You talk about people who start at -10. Do you have a problem with people who start at +10, people who for instance have a good network via their parents?
‘No, absolutely not. Good for you! I want everybody to start at +10. You do need to realize you are a +10. I think you then have the responsibility to help people. Make sure they also become a +10. But that’s a moral appeal.’

Are there any developments within the media where you are concerned about?
‘I want to talk about the so called “lefty media”. We talk about a pluriform landscape which are indeed important because I believe that broadcasters should be able decide on their own what their sound is. This shouldn’t be directly linked to a political party though. Especially for the broadcasters with public duties, NOS and NTR. At least I want to talk about it.’

El Yassini is also spokesperson culture. He calls culture ‘Beautiful things we should be proud of.’
This doesn’t sound like you are fan of abolishing the term ‘Golden Age’?
‘I really got angry about this. How is it possible that you judge the things which happened in the past with the moral view of today? That’s the first thing you learn not to do when you study history. Otherwise we wouldn’t be ready judging everything for centuries. I believe that you should be proud of what we have accomplished as a country and the Golden Age has been important in this. And hasn’t been only glory in that period. It’s the job of museums to also show the dark sides. But we shouldn’t do this with shame, because why should we ashamed of something which happened 300 years ago?’