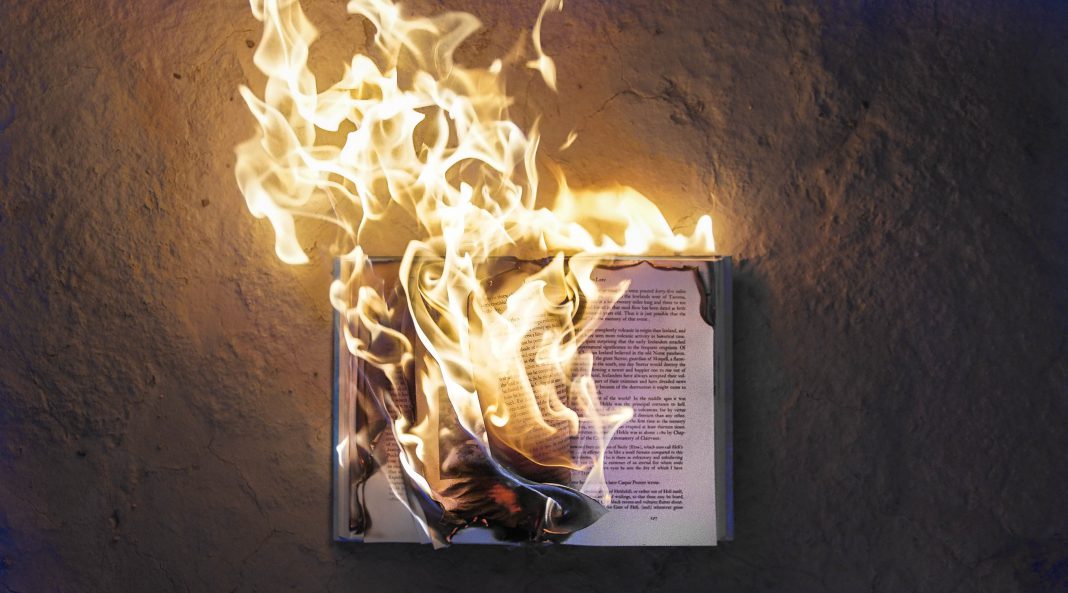 In the age of social media, satire is almost omnipresent in our everyday media consumption. Who has not seen a meme making fun of Donald Trump’s hideous hair? Satire goes beyond a joke on the expense of a certain person or group. It is meant to provoke, criticize and question predominant notions within society.

Taking this into account, one might wonder why Swedish Culture Minister Lena Adelsohn Liljeroth was urged to resign in 2012, after a picture of her partaking in a satiric artwork had been published. This image captured her cutting a blackface cake of an African woman in the genital area. Makode Linde, the Afro-Swedish artist who posed as head of the sculpture, explained how this artwork intends to protest against female genital mutilation: “I’m the first one to admit that it’s a disturbing picture but it’s also a disturbing subject.” Nonetheless, the clichéd depiction of African femininity sparked debates about whether the minister or the artist himself are racist. Meanwhile this performance was the continuation of Linde’s artwork series Afromantics aimed to criticize racist notions in Swedish society. This yields the question whether caricatures built on stereotypes are actually questioning the underlying prejudice or reinforcing the same structures, i.e., also discriminating against minorities. When does satire about racism become racist itself?

Another artist who raised questions about the boundaries of artistic freedom was the German comedian Jan Böhmermann, when he recited a poem about President Erdogan in public television calling him expletives amongst other things. This piece of satire sparked waves of outrage within German society and eventually the government apologized on his behalf for the remarks. Nonetheless, in an open letter to Böhmermann a journalist points out how the reactions is towards satirical artwork making fun of the Christian church differ in Germany. Collectors pay millions for the frog Kippenberger’s crucifixes with provocative titles like “What is the difference between Cassanova and Jesus? When it comes of nailing, only one of them to enjoy them”. Does it make a difference whether the butt of the joke is a foreign culture and religion, or the joke-teller’s own? Are blondes the only ones entitled to tell blonde jokes? Are people of Indian descent the only ones allowed to imitate a thick accent?

What happens if you restrict certain artworks which are generally perceived as offensive? The dystopian classic Fahrenheit 451 paints a horrifying picture of censorship controlling society. The antagonist, Captain Beatty, explains why the government initially started burning books: “Coloured people don’t like Little Black Sambo. Burn it. White people don’t feel good about Uncle Tom’s cabin. Burn it. Someone’s written a book on tobacco and cancer of the lungs? The cigarette people are weeping? Burn the book.” However, this principle led to a deeply flawed political system where civil liberties like freedom of thought and expression do not exist, and the population is manipulated by the oppressive government through a centralized media.

One can easily understand why freedom of expression in art is crucial to a functioning society. Artists need to be able to provoke and sometimes offend, precisely to challenge certain preconceptions widely shared amongst the population. Nonetheless, there is one essential question to raise: if your aim as an artist is to criticize racist beliefs, then should you not provoke the people holding these views instead of offending minorities suffering from stigmatization once more? While satirists might be permitted to tell another racist joke, an artist should ask themselves whether they are promoting cultural sensitivity or are becoming part of the problem instead. And what good is an artist who does not get their message across?