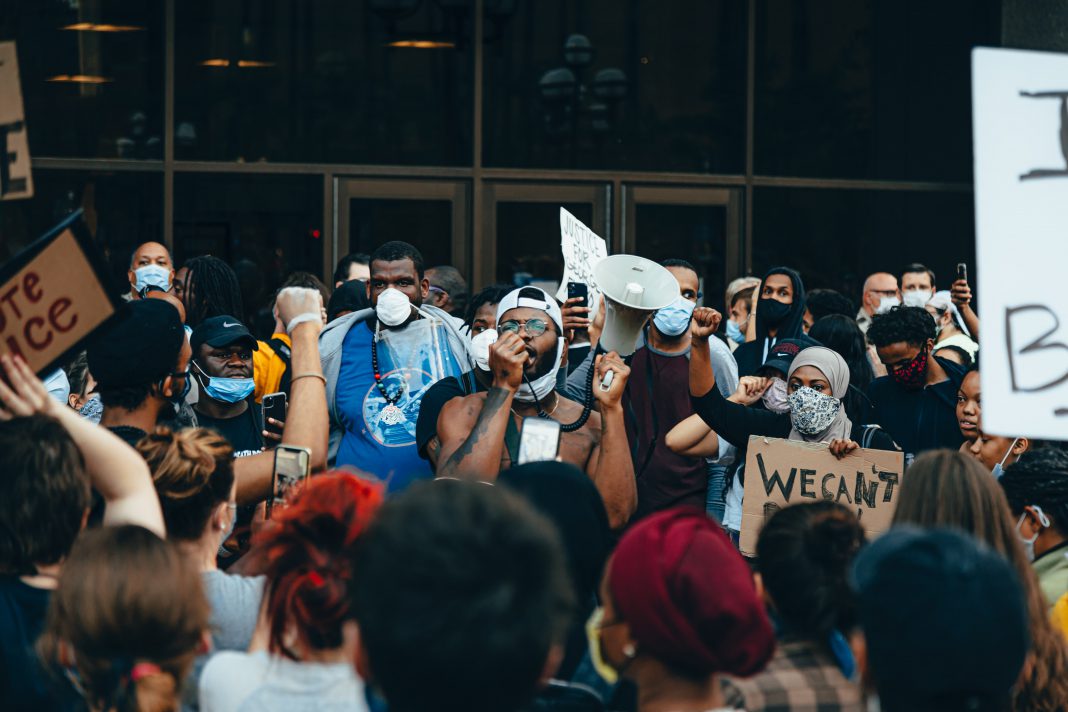 The death of George Floyd has spurred a wave of anger and emotions. As a response, many around the world have vowed to support the Black Lives Matter movement. Over the weekend, protesters have gathered in Minneapolis and various other cities, demanding justice for Floyd’s death. By now, the police officer in question, Derek Chauvin, has been charged with third-degree murder and manslaughter according to CNN.

A multitude of voices side against Chauvin, but interestingly we also hear the opinion of those that seek to mitigate the tragic death of Mr. Floyd. Social media being the ultimate breeding ground for political debate has spewed some controversy about the case. Recently I bumped into a tweet by Joost Niemoller, an independent Dutch journalist as his Twitter bio states. His tweet was mocking the mainstream media’s standpoint which positions Floyd as a hero and ultimate victim. Niemoller questions this sentiment by subtly mentioning the fact that Floyd has a history of being a “violent burglar”. This refers to Floyd’s aggravated assault charge dating back to 2007. Floyd pleaded guilty and was subsequently sentenced to 5 years in prison.

Niemoller later retweets his earlier statement, claiming that he has been subject to “allegations, insinuations [and] threats’”. He blames the leftist influence that has guided the debate.

The tweets published by Niemoller led me to question his understanding of justice and the law. To me, it seems that he is obfuscating two things: Floyd’s history of violence and Chauvin’s responsibility in his death. These two instances are not related to each other and should thus not be compared as it implicitly suggests that Floyd’s criminal record would make his death less despicable or unjust. I do not see how an emphasis on his past would be relevant for the charges laid against Chauvin.

Niemoller and various others gathering from the comment sections on Twitter and Instagram, apparently consider it to be vital that Floyd’s criminal record is mentioned in the story of his death, something that the media discourse has failed to do according to them. However, the core issue in the Floyd case is not his personal history but the fact that a black person has lost his life due to excessive police violence once again; something that has occurred multiple times in the past. The source of the widespread protests and public anger is fuelled by the recurring institutional racism that exists within the police force and its tragic consequences are in full display now.

Agreed, there is much to say about Floyd’s past and his track record is for sure not spotless. Yet even if George was arguably the worst human-being that walked on Planet Earth, this should not mean that arbitrary violence and racism can or should be tolerated. The assault from 2007 has been punished and after that, Floyd has had the opportunity to rehabilitate and redeem himself. Niemoller’s tweet where he criticized the media for not including Floyd’s personal records implies that his past is in any way relevant to Chauvin’s actions, which it is not.

One fundamental objective of the legal system is to apply the law and bring justice to those whose rights have been violated. In doing so the legal system should not be selective in its adjudication. Ideally, all crimes should be addressed and punished accordingly. This applies as much to Floyd’s crimes back then as it does to Chauvin’s now. Pushing Floyd’s criminal record into the debate as a means of diminishing the severity of the situation is not merely unrelated to the incident and insensitive towards his family. Moreover, the attempt to thwart the real issue at stake demonstrates a deeper misconception of justice.

How could one ever trust a system that would invalidate the injustices that one has suffered based on a non-related crime that was committed in the past? Such a system would downplay the gravity of someone’s death because he has been incarcerated in the past. Such a system would apply justice only to those who are deserving of it based on a perfectly clean slate. Let us not forget the real issue of Floyd’s death before such a dystopia would become a mainstream reality. Not only people of colour but every single American would then become subject to arbitrary treatment and injustice.

Photo in header by Josh Hild on Unsplash