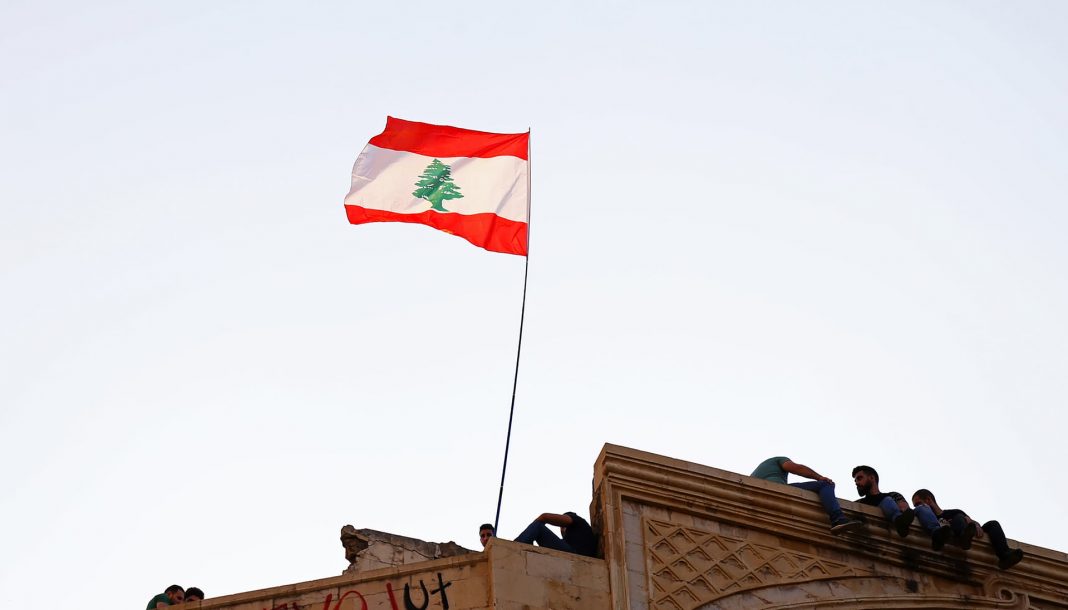 On the 4th of August 2020, there was an unexpected explosion in the port of Beirut in Lebanon that was so strong it was felt in Cyprus, which is around 240km away. A fire ignited in one of the port’s warehouses caused a disastrous explosion of 2750 tons of ammonium nitrate, sending deafening shock waves across the city and destroying substantial parts of the capital- home to two million people.

According to seismologists at the United States Geological Survey, the blast was equivalent to a 3.3-magnitude earthquake. The explosion left 300,000 people homeless, 6500 wounded and over 190 dead, with the damages estimated to account for $15 billion. For a country already hanging by a thread, this explosion was the breaking point.

Despite initial confusion over the cause of this catastrophe, it soon became clear that it could have been easily avoided. In 2016, two years after the chemical was unloaded and stored in the port’s warehouses, customs officials warned the government about its dangers, and yet, no action was taken. In January 2020, despite being asked to deal with the matter, the military claimed that they had no jurisdiction over it. The government knew, but took no action.

Instead of leading the response to the crisis, government officials remained quiet for days without providing an explanation. While the political class of Lebanon remained divided and played a blame game, civilians were forced to deal with the chaotic situation on their own. For one, Lebanon’s President Michel Aoun refused to take the blame, declaring that he was not responsible for directly dealing with the port and suggesting it might have been caused by outside interference, like a rocket or a bomb, while Sunni leader Bahaa Hariri pointed fingers at Shiite Hezbollah, revealing the toxicity of the sectarian system.

Following the shock of the explosion, people rushed to the aid of their fellow injured Lebanese and hurried them to the nearest medical facility. A young Lebanese woman, Leya Jalloul, shared her experience as a victim injured by the explosion on Fawda Twenty Twenty, a podcast created by two young unemployed Lebanese men who engage in conversation with Lebanese guests from different backgrounds. In the podcast episode, Leya described the chaotic situation and expressed her gratitude towards a stranger, who rushed her to the hospital on foot after being stuck in traffic for over an hour and remained by her side until her parents arrived.

Although the government declared a state of emergency and deployed forces on the streets in a small-scale operation to clear the debris, it was ineffectively disposed of in empty lots, which only aggravated Lebanon’s garbage crisis.

Many see the explosion as the latest manifestation of the government’s negligence and corruption. After losing so much due to government inadequacy, the people of Lebanon assembled once again in Martyr’s Square to express their rage days after the explosion. Peaceful protestors were met by the army and unidentified civilians, who attacked them with tear gas and rubber bullets, injuring more than 230 people, including one man who lost his eye.

While Lebanese citizens waited for answers, they took it upon themselves to help each other out. From grabbing their tools and cleaning up the debris to providing food and supplies to those affected most, the people of Beirut did not hesitate to help each other out. Citizens felt that the long-standing reputation of government negligence and corruption  had made it difficult to put their faith in it. Therefore, citizens were not surprised when government response had proven to be slow, weak and disorganised, forcing them to take matters into their own hands.

In the days following the explosion, a strong sense of solidarity spread  through the streets and into the hearts of people all around the world. Lebanese volunteers rushed to the streets just hours after the explosion to help those trapped under collapsed buildings and provide medical assistance. Base camps were set up by volunteers, where data collection, aid, cleaning, and reconstruction were a priority. The Lebanese Red Cross and UNHCR response teams provided much needed support alongside local organisations. The Lebanese Red Cross provided urgent lifesaving necessities such as food, water and masks. UNHCR mobilized $35 million for its emergency response, which included providing shelter and psychological and legal aid. Even government officials recognized the importance of civil society and local aid groups; all of whom filled the gap that the Lebanese government had left vacant.

Social media played a major role in spreading information about help providers and aid groups. Many shared donation links for the Lebanese Red Cross on apps such as Instagram, Facebook and Twitter. The Lebanese Red Cross has actively been using and updating its Instagram feed on the post-blast situation in Beirut with information on how many individuals have received food parcels, how many blood units were distributed and how many individuals have received hygiene kits. An instagram account, @locatevictimsbeirut, was established to post and raise awareness about missing people due to the explosion in an attempt to find loved ones more quickly. Other Lebanese citizens with a large social media following announced locations where volunteers were needed.

Lebanese diaspora and social media influencers also played an important role in spreading awareness and helped raise funds to aid victims struggling post-blast. Lebanese-American activist Mia Khalifa was able to raise a total of $104,000 for the Lebanese Red Cross between auctioning off her iconic glasses on eBay and a twitch stream. She has also used her platform to raise awareness about the situation. Gino Raidy, a Lebanese influencer and biologist has also been active in sharing political content on his Instagram account about the hardships that the Lebanese are experiencing, highlighting how the explosion is yet another indication of government corruption. On the 19th of September, British-Lebanese artist Mika performed a live-stream benefit concert. The profit from ticket sales went to organisations working on the ground in Beirut. These are just a few examples of how powerful and important social media proved to be in a situation where the government did not care for its own citizens.

In the months following the explosion…

After the resignation of the government, PM-designate Mustapha Adib was tasked with forming a new government by the 15th of September. However, Adib resigned after failing to meet the deadline following a meeting with President Aoun on the 26th of September. Less than a month later, Saad Hariri returned to his position as Prime Minister despite having previously resigned due to public pressure last year. This gives little reason for the people to believe that Hariri will implement the needed reforms in the interest of the majority.

Only a month after Beirut’s devastating explosion, citizens’ lingering trauma and anxiety was triggered by a fire that erupted in the port of Beirut, where the explosion had initially taken place. Although the blast had served as a final push for many to leave the country in fear for their family and children’s safety and in pursuit of a brighter future.

Despite a year of hardships, there remains a glimmer of hope in Lebanon. Illustrating this hope, Lebanese artist Hayat Nazer created a sculpture of a woman made entirely of remnants from the explosion and placed it at the port for everyone to see. This sculpture serves as a reminder of the first anniversary of the revolution and is a symbol of solidarity. It communicates that beauty will be restored to this extraordinary city and as Lebanese artist Joseph Attieh sings, “Lebanon will return and justice will prevail”.

This article was written by Salma Nasser and Ana Dadu

Photo by Charbel Karam on Unsplash