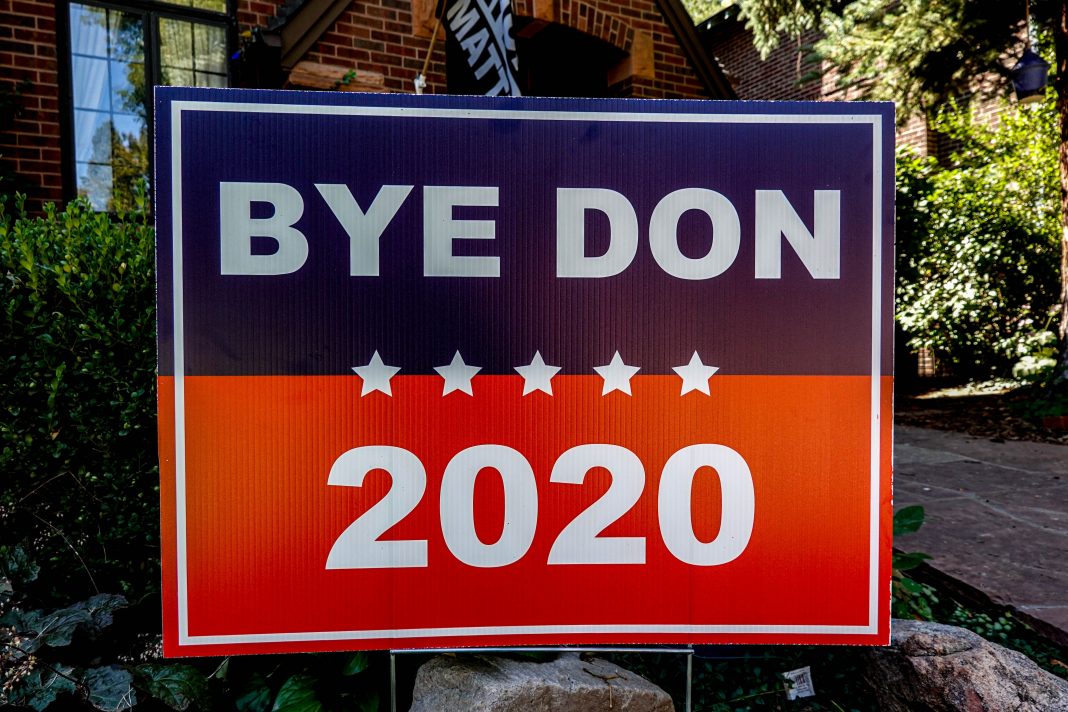 This article is part of a special series covering the US elections this November, which will be featured on DEBAT. Salma explains why the US elections have a global impact. DEBAT will publish an article on Monday, Wednesday and Friday until Election Day.

American or not, we have all been keeping up with the United States’ road to the 2020 election, anxiously waiting for the fateful November 3rd that will determine the shape of America and the global order. With not much else to do in 2020, the election has become a source of entertainment for many of us. Although we should be used to Trump’s eccentric character by now, he continues to surprise us every day with his unpredictable tweets and press conference outbursts.

Trump and the future of American democracy

We have been hearing Americans say how crucial it is to vote in this election now more than ever before. Frankly, many Americans are tired of putting up with Trump’s four-year show and have come to realise that they need a more competent leader – his poor response to the COVID-19 pandemic being the breaking point. In Kamala Harris’s words, Trump’s COVID-19 response is the “greatest failure of any presidential administration” in history, which may mirror the opinion of many Americans. Trump also proved incompetent in his response to the Black Lives Matter movement, in which he had openly encouraged violence to suppress protesters. Despite extreme polarisation in the US, Democrats and Republicans alike share concern on what the future of America’s democracy holds if Trump were to serve for a second term.

A large reason for the global involvement in the US election is attributed to the role that US pop culture plays in many of our lives. As the most spoken language in the world, the English language has opened up doors for American media to reach all corners of the world. Whether you are watching a movie, listening to American music or following Hollywood celebrities, you will hear cultural references, discussions and opinions on American politics. In many ways, Trump’s ascent to the presidential race can be greatly attributed to his iconic role in pop culture. To go even further, some of us may be more involved in American politics than that of our own country. Does this create the perception that the election is more important than it actually is? Or does it live up to the importance we have given it?

The US from a global perspective

There is no denying, the United States plays a central role in the global order. Tony Arend, a Professor of Government and Foreign Service at Georgetown University says that “the future of the global order is at stake”. When looking at Trump’s “America First”-based foreign policy agenda, the President’s lack of commitment to international agreements and unilateralist approach has changed the role of American leadership in the world. The President’s withdrawal from the Paris Agreement, the International Court of Justice and the Iran Nuclear Deal have marked how America has moved away from international cooperation.

As a leader in global discussions and a large financial contributor to many international organisations, Trump’s plans to cut funding for the World Health Organisation, especially in the midst of a pandemic, serves as an example of the danger that US actions can have on the rest of the world. Furthermore, Trump’s Muslim ban and Mexican border wall have made racism against Muslims and Latinos more widespread and tolerable. These policies have fundamentally changed the lives of these communities, making it more difficult for asylum-seekers and immigrants to pursue better opportunities, and for families to visit each other.

Despite the differences between Biden and Trump, both potential administrations have similar objectives within their foreign policy agendas. Regarding US involvement abroad, both presidential candidates aim to reduce US involvement in overseas conflict. As for diplomatic relations with foreign countries, the US relationship with Russia and China will remain cold while their ‘special relationship’ with Israel is likely to stay the same although Biden is more critical of Israeli settlements and annexation plans in the West Bank than Trump.

The future of America

Although non-US citizens obviously do not have a say in this election, the reality is that this year’s outcome will have a larger global impact than previous US elections. If Trump is reelected, there are doubts whether America will remain a beacon of liberty and democracy for the rest of the world to follow.

Photo by mana5280 on Unsplash