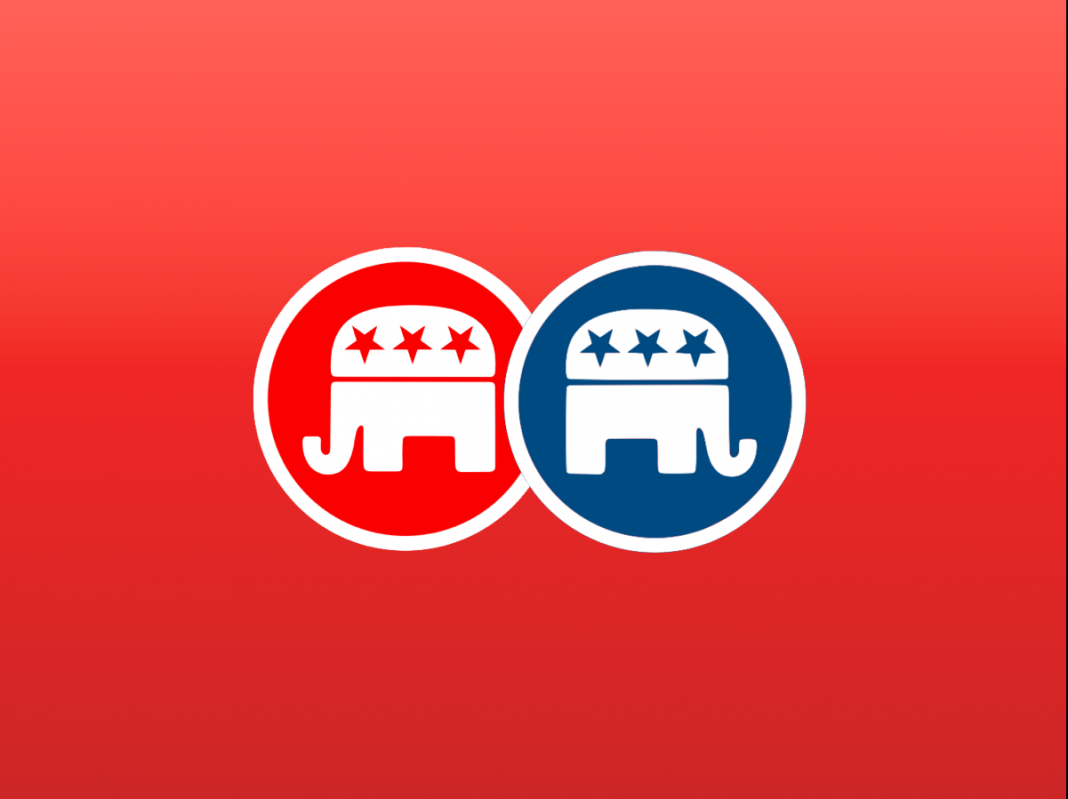 This article is part of a special series covering the US elections this November, which will be featured on DEBAT. Elliot analyses the future of the Republican Party after Trump will leave office. DEBAT will publish an article on Monday, Wednesday and Friday until Election Day.

The Republican Party now stands at a crossroads. Its future will define America’s.

Whether in four months or four years, there will come a time when Donald Trump is no longer the President of the United States. When that time comes, the Republicans will have a decision to make: what next? What will become of the Grand Old Party after the Trump era comes to a close?

The answer partially depends on whether Trump withdraws from politics by choice, retiring at the end of two successfully-won terms (with the opportunity to appoint a spiritual successor,) or if he is forced out in the November election. Time alone will tell which is to be the case, although Joe Biden stands a relatively good chance of beating Donald Trump on November 3rd.

To be clear, Biden’s victory is far from assured, but certain members of the Republican Party are already beginning to distance themselves from Trump. Nebraska Senator Ben Sasse is only the latest to speak out against the President, and while his change of heart may be unconvincing to Democrats, it reminds those following American politics of the figurative elephant in the room: what comes next for the Republican Party after Donald Trump? In a two-party system, party direction and unity is key. The Democrats have shored up their base, combining both progressive and liberal voices in the creation of policy and campaign strategy. The Republicans may soon find themselves out of power, and party strategists and higher-ups will have to find a new way forward after the end of the Trump era.

The first option that the Republicans have, is to try a clean-slate, center-right approach. This may seem questionable at first, but it does make some strategic sense for many establishment Republicans. Donald Trump is not a traditional American conservative. He has ballooned both the deficit and the national debt. He has been a crusader against free trade and multilateralism, and is perhaps a sort of Platonic anti-form of family values. A defeat for Trump is not necessarily a loss for American conservatism, particularly its more centrist and genteel varieties.

Moving away from Trumpism, and towards a new incarnation of the Republican Party that shuns divisiveness and embraces a center-right approach to politics, might be a good move for the GOP to make in the case of a 2020 defeat. This would allow Republicans to publicly wash their hands of Trumpist rhetoric without necessarily sacrificing their conservative stances on issues such as deregulation, tax cuts, or military intervention.

While it may seem a bit strange at first to switch so rapidly from an extreme-right ideology to a more centrist one, it may be incredibly well-suited for the 2024 election or the 2026 midterms, especially if the left wing within the Democratic Party remains ascendant. A traditionally centrist candidate could be a boon for the Republican Party among conservatives and centrist liberals alike, and would stand a good chance at appealing to enough voters to defeat a potentially far-left candidate in a future general election. Such a move sounds promising, but what would a more inclusive, centrist Republican Party actually look like beyond vague statements about rejecting divisiveness?

Following the defeat of Mitt Romney in 2012, a party document was passed around Republican circles and later released to the public. This document, formally known as the Growth and Opportunity Project Report, was coined “The Autopsy Report” by pundits, and it contains parts of a workable blueprint for what a Trumpless GOP can become, albeit written in a Trumpless age. The report acknowledges that the Republicans have “lost the popular vote in five of the last six presidential elections” (make that six in seven, and almost certainly going on seven in eight whether Trump wins the Electoral College or not,) and declares that “Public perception of the Party is at record lows.”

It begins by making a clear distinction between the gubernatorial wing of the Republican Party and the federal wing, describing the former as “growing and successful” and the latter as “marginalizing itself.” There is evidence that this assessment is not wholly without merit. Republican governors are often quite popular, even in places where they might normally not be. Massachusetts, one of the most liberal states in the entire country, has a Republican governor, Charlie Baker, who won re-election in 2018 by a stunning 33.5% margin.

As is to be expected, and as The Autopsy Report indicates, these Republicans do not run on the same platform as their federal counterparts. Governors like Charlie Baker have much more liberal attitudes towards issues such as LGBT+ rights, environmental protections, and gun control as their fellow Republicans in Washington, while maintaining a de-regulationist attitude emphasizing economic growth, an increase in jobs, and fiscal responsibility.

In terms of policy, The Autopsy Report describes a need to appeal to minority voters, particularly Latinos, for whom, according to the document, the Republican Party is “a natural political home.” Latino Americans are overwhelmingly Catholic, and despite the faith’s more centrist role in American and worldwide politics compared to its Protestant alternatives, Christian conservatism has a long tradition in America, and Latino Americans do not always feel welcome within that tradition. This is largely due to conservatives’ positions on immigration, which have sharpened long before the Trump era, with serious consequences for the Republican Party’s standing among Latino voters. From the Growth and Opportunity Project Report:

“If Hispanic Americans perceive that a GOP nominee or candidate does not want them in the United States (i.e. self-deportation), they will not pay attention to our next sentence. It does not matter what we say about education, jobs or the economy; if Hispanics think we do not want them here, they will close their ears to our policies.”

The report also addresses the lack of women in the Republican Party leadership, saying that “The RNC must improve its efforts to include female voters and to promote women to leadership ranks within the committee. (…) women need to be part of this process to represent some of the unique concerns that female voters may have.”

Lastly, it describes a need to crack down on corporate malfeasance and to “attack corporate welfare,” as well as object when “CEOs receive tens of millions of dollars in retirement packages [while] middle-class workers have not had a meaningful raise in years.” This, essentially, is a more centrist economic position, which might require Republicans to make hard choices about popular items among their legislators such as tax cuts.

Beyond this last point, the report is light on policy recommendations, but its essential message is that if Republican candidates intentionally reach out to minority groups, and publicly soften their image on immigration, they stand a good chance of winning those groups over to their fiscally and socially conservative stances. The only downside, of course, is that this stands a serious chance of inciting a rebellion in the existing Republican base. Democrats suffered en masse desertion among their white working-class voters in 2016; a Republican Party making a direct appeal to Hispanic immigrants and their descendants (possibly even reversing the party’s position on undocumented immigration) could lead to Republican voters throwing a wrench in this hypothetical plan of the Republican Beltway elite.

This leads to the second option, which is for the Republicans to press ahead with the party’s current stance and create a kind of neo-Trumpism. The reasons behind this are relatively understandable from the Republican perspective: American disillusionment with Trump’s handling of the COVID-19 pandemic does not necessarily mean that Trump’s base has given up on the man or his policies. Anti-immigrant and anti-liberal sentiment shows no sign of abating among Trump’s voters, and they might not be as ready to make nice as their counterparts in Washington. Indeed, the anger against the liberal “elite,” is still very real, and may intensify over the course of a pandemic that has severely hurt the poor and working class while allowing the upper-middle class to flee to summer homes and wait it out. That anger is there to be harnessed, just as it was in 2016.

There are, of course, issues with this approach. Donald Trump has a deeply personalistic appeal, and the Republican establishment, whence the vast majority successors to Trump are likely to spring, is typically and accurately characterized as stodgy. For example, imagine listening to Jeb Bush or Ted Cruz giving a speech at a Trump rally. Even if an up-and-coming Republican politician could match Trump’s policies line-for-line, Donald Trump is a hard man to replicate in terms of personality.

Even someone like Tom Cotton (known for calling for all ‘rioters’ and anarchist protesters to be ‘given no quarter,’ military speak for ‘take no prisoners/kill on sight,’) lacks the charisma to whip up Trump’s base. His ideology and presentation is much too conservative to be a convincing Trumpist leader. A much better option might be the man’s own son, Donald Trump Jr., who himself is floating ideas of a 2024 presidential run.

This article will not speculate further as to what the exact nature of a neo-Trumpism would be, beyond the existing policies of the Trump Administration. Trumpism is an inherently personalistic ideology, and thus speculation is unlikely to be helpful or accurate. Furthermore, this article is not the author’s prediction of what is to come. Politics is a complex, messy business, and if the future could not be foretold in 2012, it can hardly even be guessed about eight years later. But understanding where the Republican Party stands, and the paths it might try to take out of the wreckage of the Trump Train, will help us to better follow the events of 2020 and onwards in American politics.