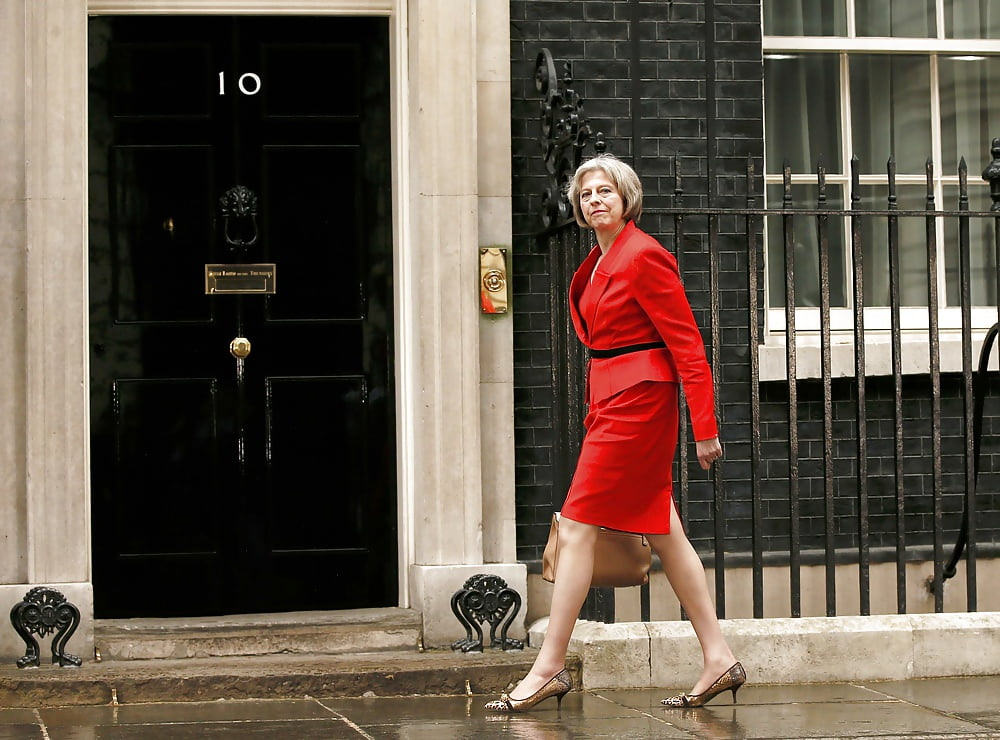 Theresa May is the first female Prime Minister of Britain since Margaret Thatcher held  the office from 1979 to 1990. May is just not yet called the Iron Lady. She plays an extremely important role in the Brexit negotiations and must manage the process in the right direction. In addition to choosing between a hard or a soft Brexit, May also had to decide how to get England out of political and administrative chaos. The last few months were difficult for  the British prime minister; her Brexitplans, which had been approved by Brussels for the time being, were being attacked all the time by the opposition. Even within her own party, the Conservative Party, there existed disagreement and a few members of the chamber have resigned. Despite the setbacks May had to endure, she continues her plans to achieve her goals. She sees it as her duty to complete this project well. The Figure of this month: Theresa May.

Theresa Mary Brasier May is born on 19 October 1956 in Eastbourne, Sussex. May studied at St. Hugh’s College in Oxford and obtained her Bachelor’s degree in Geography in 1977. It was during this time that she met her husband Phillip May and got married in 1980.

After obtaining her Bachelor, May spent the next twenty years in the financial sector before she became active in the educational and political industry. In 1997, May was chosen as the Conservative MP of Maidenhead. In 2002, she gained her greatest notoriety when she chaired the Conservative Party and brought up everything that had remained unnamed until that time: “There’s a lot we need to do in this party of ours. Our base is too narrow and so, occasionally, are our sympathy. You know what some people call us–the nasty party”. This term was first used by May, which indicated that the Conservative party members continued to adhere to their traditional conservative positions.

In 2012, she became the minister for Women and Equalities. At that time, May was responsible for tackling all forms of discrimination, in particular tackling gender-based unequal treatment.

‘’My whole philosophy is about doing, not talking’’

‘’The Government cannot just be consumed by Brexit. There is so much more to do’’

‘’I actually think I think better in high heels’’

The second female Prime Minister of the United Kingdom, before being Prime Minister, has made it clear that she is a supporter of feminism, among others by wearing a shirt with the text: ‘’This is what a feminist looks like’’. Is Theresa May Actually considered a feminist Prime Minister? In feminism, acts are needed to promote women’s rights. May began early in her parliamentary career to increase the representation of women within the party. In 2000, May published a policy document called ‘Choices’, in which she proposed an initiative aimed at stimulating the rise of women in politics.

In the time that May was active as a shadow minister, she conducted a Facebook campaign with which she sought equal pay for men and women. She often talked about it and she wanted the problem to be addressed: ‘Theresa May for Equal Pay’.

2010 was the year in which May took a number of measures to address the problem of domestic violence in the United Kingdom. May introduced a new offense, namely ‘Controlling and Coercive Behaviour’. This made psychological abuse equal to torture.

In 2014, May also campaigned with the hashtag #Freedom2Choose. She described in the campaign video forced marriages as ‘a fundamental violation of human rights that deprives people of the opportunity to choose their own future’.

In short, May defends women in politics, extends the protection of domestic violence and encourages the making of own choices.

In June 2016, the world was shocked by the message that Britain had chosen for a Brexit. After the former prime Minister David Cameron announced his resignation, Theresa May announced herself a candidate. As no one objected against her candidacy, May was sworn in on 11 July 2016 as the new prime Minister of England:

‘’During this campaign, my case has been based on three things. First, the need for strong, proven leadership to steer us through what will be difficult and uncertain economic and political times. The need, of course, to negotiate the best deal for Britain in leaving the E.U. and to forge a new role for ourselves in the world. Brexit means Brexit. And we are going to make a success of it.

Second, we need to unite our country. And Third, we need a strong, new positive vision for the future of our country. A vision of a country that works, not for the privileged few, but that works for every one of us. Because We’re going to give people more control over their lives. And that’s how, together, we will build a better Britain.’’

Theresa May is known for her Machiavellian way of governing during the negotiations on the Brexit. She recently announced her ‘Chequers’ plan, which means that the United Kingdom will remain connected with the European Union in which trade can be continued through a free trade area for goods. As a result, the United Kingdom can still negotiate, but this treaty allows it to conduct its own immigration policy, without the jurisdiction of European courts, as described by Wolfgang Münchau in the Financial Times. Last week, May got the message out: My deal or No deal. Although she indeed gets a lot of criticism, she does not give up and perseveres with her policy.