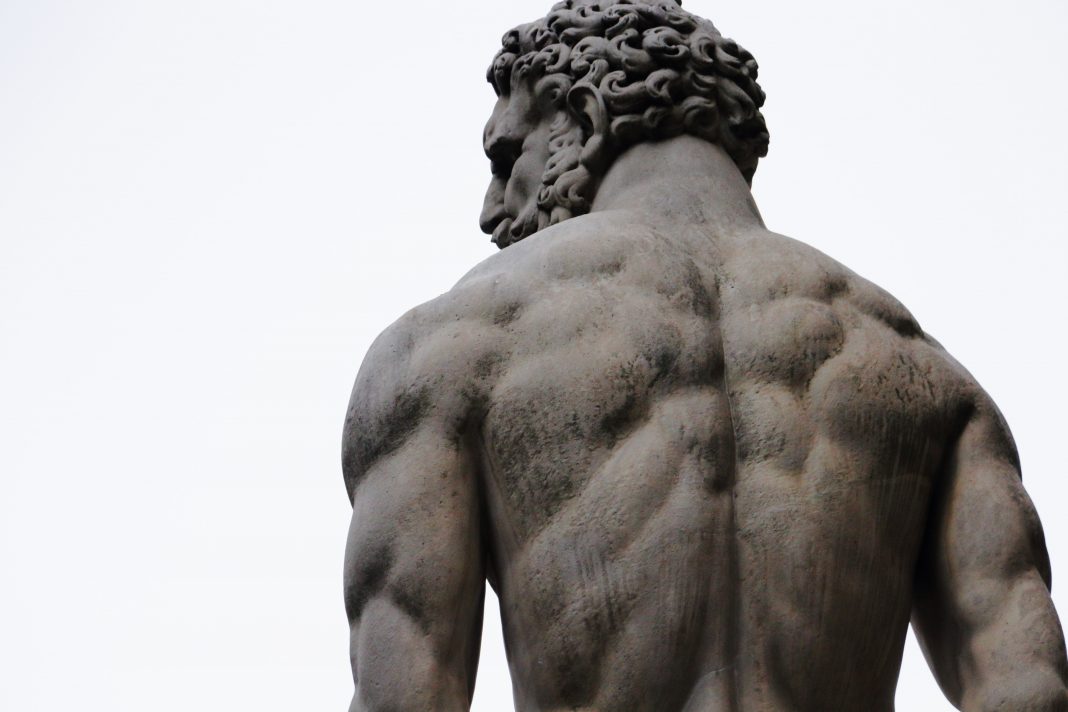 During times of crisis, the automatic reflex in our patriarchal world is to look towards strongmen who will take a tough and aggressive stance against threats to our safety and security.  History is littered with the legacies of belligerent men – think Genghis Khan and Napoleon.  But we do not need to reach back in time to find examples of stereotypical alpha males dominating world politics.  Our present-day sample size of the hypermasculine leader comprises the likes of Donald Trump, Jair Bolsonaro, Vladimir Putin, Xi Jinping, Narendra Modi, Andrés Manuel López Obrador, Rodrigo Duterte, Viktor Orbán, Recep Tayyip Erdoğan, Boris Johnson, and Benjamin Netanyahu.  As the coronavirus pandemic first began to sweep across the globe, most of these men tried to cow the virus into submission by applying the same hawkish political tactics which swept them to power.  But this virus is not a political opponent or journalist.  It cannot be arrested or accused of treason.  It cannot be silenced or bullied.  Nor can it be intimidated or persecuted.  It does not care for Trump’s tweets, its actions are immune from fake news, and it is deaf to populist hyperbole.  The coronavirus poses a new kind of threat, and as such, this crisis demands a new kind of leadership – one stripped of toxic masculinity.

Enter the female leader. The real stars of this global pandemic are women, most notably New Zealand’s Jacinda Ardern, Germany’s Angela Merkel, Taiwan’s Tsai Ing-Wen, Norway’s Erna Solberg, Denmark’s Mette Frederiksen, Finland’s Sanna Marin, and Iceland’s Katrín Jakobsdóttir.  Their approaches to tackling the virus have won resounding praise, and put their hypermasculine counterparts to shame.  While the US, Brazil, and Russia hold the ignominious distinction of having witnessed the highest number of confirmed cases and deaths in the world, Taiwan saw a total of 7 deaths and New Zealand has all but completely eradicated the virus altogether.  The empirical data suggest two distinct – but likely closely related – hypotheses: a) female leaders have managed the crisis remarkably well, and b) those countries which failed miserably are all headed by hypermasculine strongmen.  How can we explain these observations?

Hypermasculinity often goes hand in hand with oversized egos.  As Trump eyes reelection and Putin pursues constitutional reform which would grant him another 16 years in power, strongmen are driven more by political gain than an interest in saving lives.  Inflated egos are also resistant to expert advice and reluctant to admitting mistakes.  Xi continues to face ongoing criticism regarding the repression of physicians who raised the initial alarm in Wuhan, while Brazil lost two health ministers within a month due to their friction with Bolsonaro.  Johnson downplayed down the virus until he ended up in the intensive care unit and nearly lost his life.  When Modi called an ill-planned sweeping lockdown with less than four hours’ notice, tens of thousands of India’s poorest daily wage earners were left stranded without food or shelter; many lamented that Modi had forgotten about them.  Arrogance, bluster, stubbornness, and reckless behaviour do not allow for the flexibility and attunement which are crucial for fighting a fast-moving global pandemic.

On the contrary, female leaders have demonstrated exceptional empathy, compassion, and collaboration throughout this pandemic.  Whereas strongmen usually employ a top-down “command and control” approach, female leaders often operate laterally, engaging with a variety of experts and outside sources in order to arrive at informed policy decisions.  Merkel carefully considered data gleaned from epidemiological models, healthcare providers, and empirical evidence from South Korea’s extensive testing and tracing programme, before devising a nationwide protocol which placed Germany’s death toll far below that of most of its neighbours.  Ardern reached the hearts and minds of New Zealanders through her casual Facebook Live video addresses, in which she empathized with people’s struggles and fears, and explained why collective action was needed for the greater good.  Tsai quickly implemented 124 measures to combat the virus in January, and headed regular press conferences in which she provided the Taiwanese people with transparent updates and calm reassurance.  Both Solberg and Frederiksen spoke directly with Norwegian and Danish children at official press conferences (where adult journalists were banned), reassuring them that it was okay to feel scared.  Marin currently governs Finland with a coalition of four female-led parties.  Her country’s death toll is less than one-tenth of that in neighbouring Sweden.  Jakobsdóttir implemented a thorough testing and tracing regime which was even more extensive than that of South Korea.  Iceland has had a total of 10 deaths from the coronavirus.  While the alpha males decided to go down the path of denial and propagated disinformation which stoked hysteria, female leaders engaged in open dialogue with experts on one hand, and their citizens on the other.  Through empathic and clear communication, these women were able to earn the trust of their constituents and rally them around a common cause.

It is true that some male leaders have also managed the pandemic well – South Korea’s Moon Jae-In deserves an honourable mention here.  Moreover, it is important to recognize that correlation does not equate causation, and that a third variable may be at play as we observe female politicians excelling over their male counterparts.  Perhaps there are other sociological and cultural factors which promote other values in addition to gender equality which contribute to the formation and maintenance of robust political institutions.  A country headed by a combative hypermasculine leader may be a symptom of an unhealthy political system and weak civil society which would be less inclined to heed the advice of epidemiologists.  Or perhaps the presence of women in a political system is simply indicative of a society which values plurality and is thus more resilient against policy-making problems such as groupthink.  But perhaps more importantly, we should be aware of the risk we take in perpetuating gender stereotypes when we compare leaders on the basis of their gender, rather than evaluating their leadership skills from an objective standpoint.  Leaders are competent or incompetent unto themselves, whether they be male or female.  We may do better by assessing leaders based upon their individual leadership styles and qualities, irregardless of their gender.

But the fact remains that hypermasculine behaviours have led to dire consequences during this pandemic, and the world would benefit greatly from more empathic leadership which places inclusive community and civic responsibility over self-interested ego.  Beyond the coronavirus pandemic, the world continues to face other challenges which require solidarity and collective action, most especially climate change.  Hurricanes and forest fires cannot be intimidated by strongmen any more than the coronavirus can.  We need to reimagine what “strong” political leadership looks like, and we need to start valuing and encouraging “feminine” leadership styles in men.  The extraordinary women highlighted in this article demonstrate that it is very possible to be a firm, strong, and decisive leader while also showing feeling, compassion, and empathy towards others.  Should this pandemic serve as a wake-up call for us to actively encourage more women in politics, it may be one of the brightest silver linings to emerge from this crisis.

Image in header by simone pellegrini on Unsplash.com