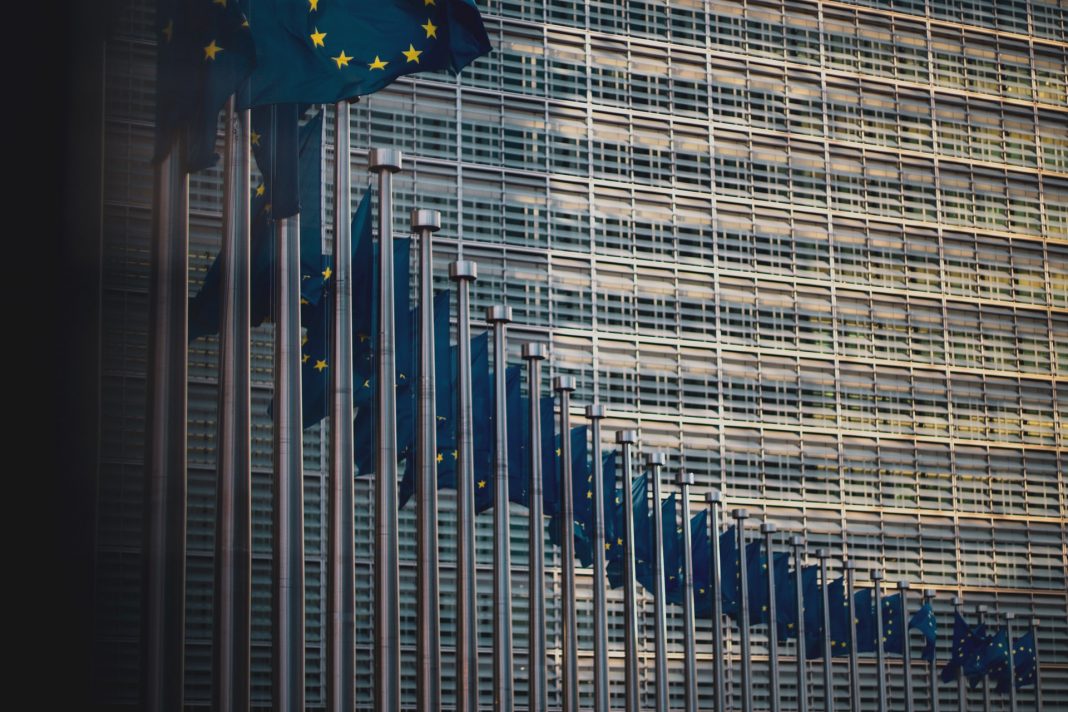 Can the EU move beyond crisis management?

It was the 16th of September 2020, Commission President Ursula von der Leyen had just faced the European Parliament at the annual State of the Union Address. After over an hour of promises and proposals, her rhetoric culminated with a patriotic sounding “Long live Europe!” in several languages. While the echo still lingers in the halls of the Espace Léopold, the masked audience welcomes the slogan – that seems straight out of a dystopian novel – with resounding applause. With Members of Parliament rising to a standing ovation, von der Leyen steps off the podium and returns to her front-row seat. It is evident that this is not any other regular address as we have heard from von der Leyen’s predecessors. These are unusual times. The crisis that is omnipresent in the address is reflected in the Commission President’s audience: empty seats and masked members.

Von der Leyen’s appeal is vague: working towards a stronger, more unified Europe. An appeal that since the beginning of the European Union (EU) has been an ongoing theme in the previous State of the Union Addresses. Another similarity is the crisis dominating stance. While other Commission Presidents were faced with challenges such as the financial crisis or Brexit, the pandemic has posed the EU with one of the biggest challenges yet. Early responses in March had countries closing their border without contacting Brussels, exposing growing streams of isolationism and Euroscepticism. Attempting concealment, von der Leyen portrays an image of European unity and focuses on crisis management. While this attitude is not unprecedented, the EU needs to place increasing effort into developing its institution since it cannot function without further progress.

As global affairs, in particular the pandemic, dominate the President’s address, little room is given to other projects and aspects. Particularly, the topic of Europe’s defence capacity seems to be missing entirely. All the more astounding, considering that in 2018, European Defence seemed to be former Commission President’s, Jean-Claude Juncker’s top priority: “I will continue to work day and night over the next months to see the European Defence Fund and Permanent Structured Cooperation in Defence become fully operational.” A large scale promise, that since has ostensibly fallen into oblivion.

It is without a doubt that Europe has major soft power capabilities. Yet, throughout the years, it has become undeniable that the political reality within Europe, is a fantasy outside of it. As the Global Strategy Report 2016 addresses, the soft power ruling Europe’s internal affairs is void in the world outside its borders. Internationally, the EU holds leverage primarily because of its economic strength. But this does not suffice. External crises demonstrate the EU’s shortcomings time and time again. Most notably speaking the inability to counteract extrinsic aggression, as visible with the EU’s response to recent Russian behaviour. Early on in EU history, propositions for addressing issues of this nature were brought forward. Most notably speaking: implementing Hard Power to combat this deadlock.

The EU as a military power?

Scholars have been promoting the idea of adding military power to EU capacities for years. However, rising scepticism of military European sovereignty and the fear of encouraging Euroscepticism, have halted the development of united European defence. Instead, to deepen defence cooperation, several military projects have arisen under the Permanent Structured Cooperation that is PESCO. An initiative met with scepticism, but one which is inevitable if Europe wants to be sovereign. France and Germany in particular have pioneered cooperation under PESCO, making von der Leyen’s blatant omission of the subject in her address even more astounding. Scholars like Latici (2020) have pressed for the necessity of PESCO delivering tangible results soon to avoid failure. Yet PESCO as well as other European Defence alternatives – such as the European Intervention Initiative – are absent in the Commission President’s State of the Union Address.

For PESCO to be successful it is a necessity for the narrative to change. PESCO has frequently been regarded as a framework, also by Commission President von der Leyen. Yet, this can be misleading. PESCO instead should be referred to as a process, enabling long term progress as well as opening up possibilities of improvements and adjustments. This is especially important, considering the new US presidency that has pledged to strengthen US involvement with NATO, likely raising the question of the two-pronged relationship between NATO and PESCO. Here, PESCO needs to overcome the obstacle that is absent autonomous capability, while simultaneously examining member states’ commitments towards NATO. While von der Leyen’s diversion towards defence projects can potentially be attributed to the backlash she received for her work as a German domestic defence minister until 2019, the above-mentioned relevance of PESCO is undeniable.

Is the current approach sufficient?

Of course, it is important to note that while von der Leyen as Commission President does acquire certain authority over prioritization in the EU, her own attitude – that comes across as defence averse – does not fully represent the EU’s agenda. Even though she has hinted at steps to support and further the European Defence Union, budgetary measures were the main focus. Yet, it is questionable whether budgetary measures alone will suffice considering the general repression towards the defence question that resides within the EU.

From the financial crisis to the crisis in Ukraine, the refugee crisis and now the Corona pandemic, EU crisis management has been granted precedence for years suffocating possibility for other agendas. Von der Leyen’s State of the Union address poses the question of whether the topic of European defence – regardless of its necessity – has irrevocably fallen into oblivion.

Photo by Christian Lue on Unsplash