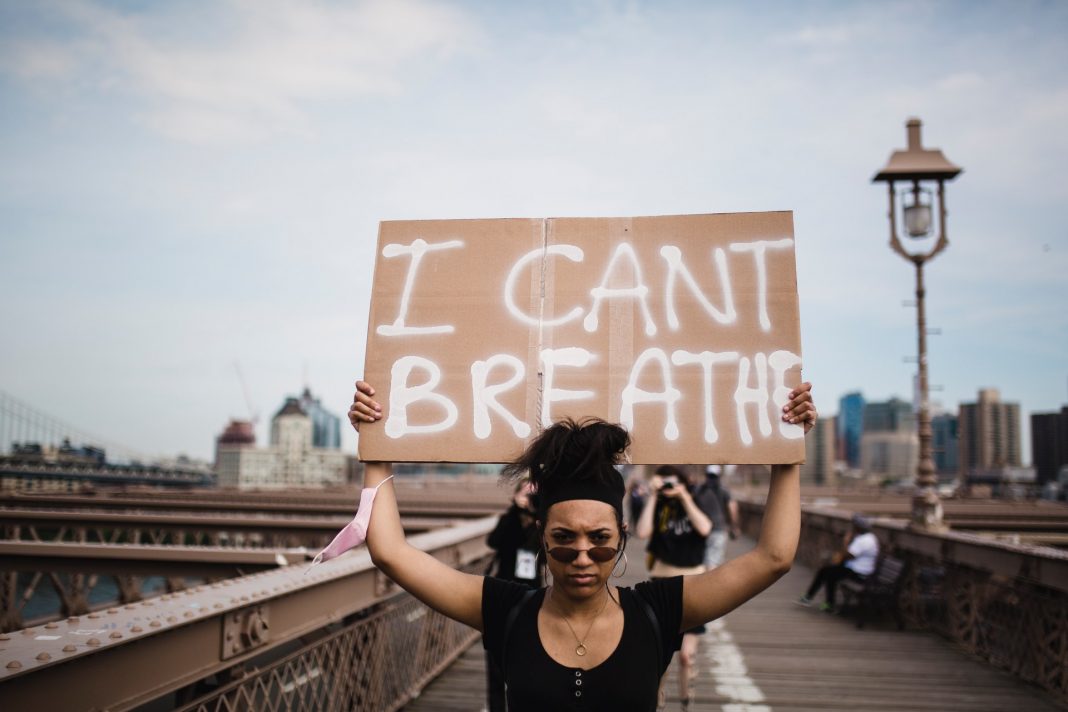 The Hidden Link: Environmental Racism, COVID-19, and People of Colour in America

Let us start with something we can probably all agree on: the coronavirus pandemic has been scary. From the ever-rising death-toll to governments using the lockdowns as an excuse to violate basic human rights to the unbearable amount of uncertainty the pandemic has haphazardly tossed into our lives, scary might be an understatement. However, in all of this, there is something even more concerning that has been occurring but which has been buried beneath the mountain of non-stop news: environmental disparities are affecting who is infected with, and dies from, the coronavirus. More simply, environmental racism has again reared its ugly head during the pandemic. What exactly is environmental racism? How does it relate to people of colour in America contracting and dying from the coronavirus? More importantly, what needs to be done about this? In this article, I answer these questions.

Throughout the pandemic, Black, Indigenous, and Latinx communities in the United States have had higher rates of coronavirus infections and deaths than white Americans, despite making up a much smaller portion of the population. More specifically, Black and Latinx people are three times as likely to be infected and twice as likely to die from corona compared to white Americans despite making up only 13.4 and 18.5 per cent of the population respectively. Similarly, Indigenous peoples in America are 3.5 times more likely to be infected and twice as likely to die relative to white Americans, in spite of the fact that they are only 1.3 per cent of the population. Considering that white Americans make up between 60 and 70 per cent of the population, these communities are clearly being disproportionately burdened with the dangers of COVID-19. Why might this be the case? Well as with any other question in the political realm, it is complicated. Whenever it comes to questions of racial inequality, it is common to resort to answers pertaining to socioeconomic disparities such as poverty, lower education, lesser health-care and nutritious food access, the list goes on. Whilst all of these influences are certainly relevant to explaining the vulnerability of Black, Indigenous and People of colour (BIPOC) communities during the coronavirus pandemic, an important factor is missing: environmental racism.

First coined by Black civil rights leader Benjamin Chavis in 1982, environmental racism refers to a type of systemic racism whereby BIPOC communities are disproportionately discriminated against in environmental policy-making, the enforcement of environmental laws and regulations, and targeted for environmentally hazardous industries or forced to live in communities exposed to hazardous pollutants. This form of racism is particularly insidious because it is difficult to directly surface, and its effects are only evident in the long term, making it particularly easy to brush-off from a policy perspective. However, studies have shown that environmental racism and its consequences are indeed real.

During Black History Month in 2018, the Environmental Protection Agency (EPA) published a report on the overlap between race and exposure to particulate matter (think automobile fumes, smog, soot, oil smoke, ash, and construction dust), which has been linked to deadly health problems. Their findings confirmed what BIPOC communities and scholars writing on environmental racism had already known for a long time: that their communities are more likely to be exposed to these dangerous particulates. More precisely, the report found that Black people are exposed to 1.5 times more particulate matter than white people, while non-white Hispanics are exposed to 1.2 times more particulate matter relative to white people. While precise statistics for indigenous communities are not easily accessible given the hard-to-reach nature of these communities, it is well known that indigenous peoples have been forced to tolerate pipelines, toxic waste plants, oil facilities, and other exploitative and harmful-substance producing industries on their land. Thus indigenous communities are in similar environments to Black and Latinx communities that would increase their exposure to deadly particulate matter. These statistics may seem surprising at first, but things become relatively clear upon learning that over half of the people who live within 1.86 miles of toxic waste facilities are people of colour.

More generally, the study found that people of colour were more likely to live near any sort of facility which produces these dangerous particulates. This is largely because for decades, these dirty industries such as oil fields, factories, etc. have followed the path of least resistance, namely going to those communities that are less likely to have the resources to fight off the industry and the dangers it will bring to their communities. These particulates can contribute to a variety of health issues, including asthma, cardiovascular issues, lung disease, and cancer. Exposure to these particles is deadly, as confirmed by a study which found that, regardless of the income Black, Latinx, and Asian individuals made, they were more likely to die prematurely from particle pollution than whites. The fact that this study controlled for income is significant because it weakens the common tactic for avoiding accusations of racism: that BIPOC individuals tend to be poorer, and that is why they have problems. Beyond air pollution, water and land pollution are also significantly more common amongst communities of colour.

According to the report “Closing the Water Access Gap in the United States” from the human rights nonprofit Dig Deep and the U.S. Water Alliance, nearly 2 million people in the United States and Puerto Rico lack access to safe drinking water, and race remains the strongest determinant of whether an individual has access to clean water. The report found that Black and Latinx households are twice as likely as white households to lack indoor plumbing (which provides safe water) while indigenous households are nineteen times more likely to lack such plumbing relative to white ones. Hence, it is no surprise that BIPOC individuals, particularly children, are more likely to contract waterborne diseases than white people. For instance, the Navajo Nation has spent years suffering from the effects of uranium mining in the 1950s on their water supply, in addition to the impact of the Gold King Mine toxic spill. Additionally, Flint, a predominantly Black city in Michigan, has not had access to clean water since 2014 when attempts to switch the location from which the city got their water lead the water to become contaminated with a variety of dangerous substances, particularly lead. In sum, environmental racism is real, and so are its consequences.

Having gained a grasp for the basics of environmental racism and its implications for the quality of life of many BIPOC communities in the United States, you may be wondering: what is the link to corona? As mentioned earlier, BIPOC communities tend to be more exposed to contaminated air, land, and water. This contributes directly to the development of underlying health conditions, including asthma, pulmonary diseases, kidney and liver diseases, a variety of cancers including lung cancer, heart conditions, and developmental conditions in children.

This list has a concerning degree of overlap with conditions which make one more vulnerable to the coronavirus, which include: asthma, pulmonary diseases, chronic kidney disease, liver disease, cancers, heart conditions, the list goes on. It is frequently said that diseases do not discriminate; they have no capacity to be racist, or sexist, or discriminatory in any other way. Although this is technically true, it is also true that diseases such as the coronavirus are spread in a world shaped by people, and we all know that people indeed discriminate. The fact that BIPOC communities are more likely to contract and die from the coronavirus is no accident. It is the result of, among other things, decades of these communities being pushed onto undesirable lands, coerced into living near polluting industries, and consequently being forced to breathe polluted air, drink poisonous water, and live on contaminated lands.

Coming out of the pandemic, The United States government will have a lot on its plate, and issues related to economic revival are likely to take top priority. While this is important, this pandemic has shown that years of forced exposure to polluted environments can make vulnerable communities subject not only to poor health but also suddenly emerging viruses. Hence, part of the recovery plan must include environmental action to ensure that all people in the United States have access to safe air, water, and land.

The author acknowledges that the United States exists on lands stolen from indigenous peoples. For ways to give back to indigenous communities, go to Diversity Best Practices.

Image by Life Matters from Pexels