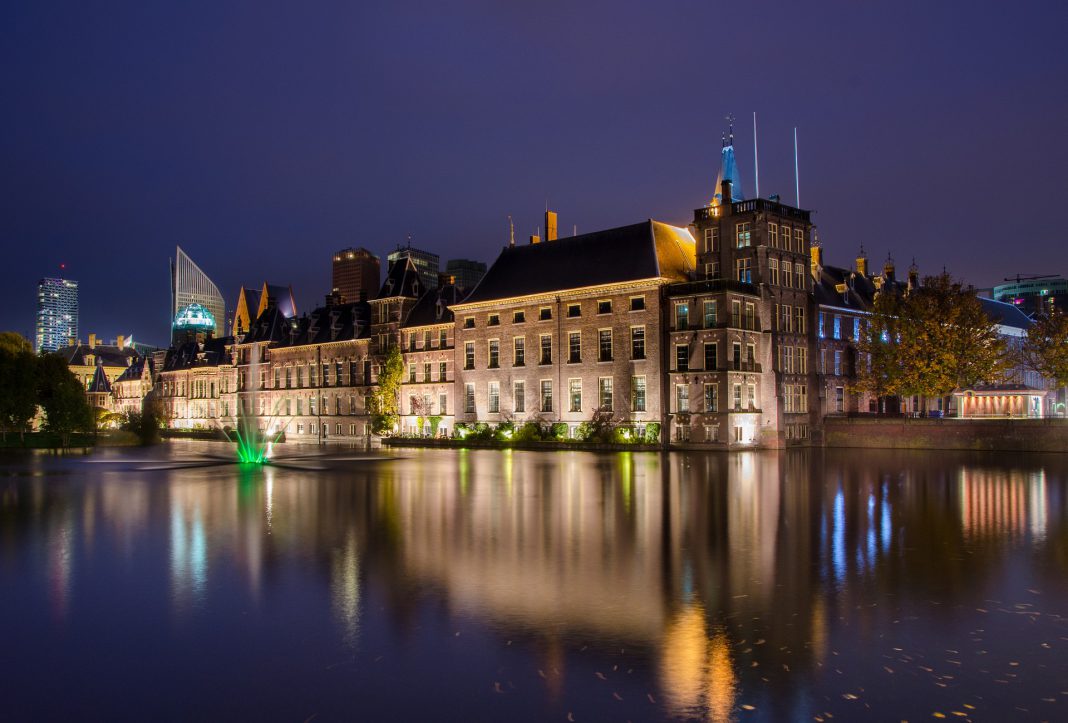 Three months ago I (Lara Schade) moved to the Netherlands to study International Relations and Organizations. As political science student I talk about politics all the time. And by now I have probably learned quite a lot about it too. Just about enough to impress my grandma with my newly achieved knowledge about China’s economy on Christmas Eve, so that she would be proud of her well educated granddaughter. That way she might forget to ask me how I liked the book, which she gave me last Christmas. I didn’t read it so all I know is that it was a mystery novel about some coffee thief.

Sometimes, I just listen to my professors and fellow students debating today’s Argentina’s monetary crisis and latest news about Israel. And if I do not understand what they are talking about I would just make a cynical remark: “With news like these, we don’t even need comedians anymore too make fun of politicians. They are the satire themselves.”

However, when I went to a bar for some beers with my Dutch friends, that strategy suddenly didn’t work anymore. They were talking about Dutch politics. Sadly, what hindered me from joining the conversation were not language barriers, but that I couldn’t even make out the topic they were talking about. So instead of attempting a semi-funny joke to cover up my ignorance, I actually had to ask myself: Could I impress my grandma with my knowledge about Dutch politics? Probably not. After three months of living in this country, I am able to tell you that Mark Rutte is the prime minister of the Netherlands. I also know that he sometimes bikes to work. And I know that a long time ago there was a big flood, because I just had to pay some taxes to the municipality for flood protection. This is how far my knowledge goes.

If you are almost as proficient as I am in Dutch politics. Do not worry! This can forever stay our little secret. Luckily for you, I exposed myself in front of my Dutch friends to have the break down the basics of the local politics for me. Internationals and Dutchies, who did not pay too much attention in school: Here comes Dutch Politics for Dummies!

Apparently, Mark Rutte does not just prefer to take the bike to work but is also part of the ruling People’s Party for Freedom and Democracy (VVD). When I asked my friends about their main focus, they told me that the VVD stands for “cars, infrastructure and lobbyists who need a favor”. Now, if you are also struggling to make out what that is supposed to mean, I prepared a little fact sheet for you.

As Mark Rutte’s party does not have the absolute majority in either of the chambers, the Netherlands are in fact ruled by a four-party-coalition with very contrasting views.

On the one hand, there is the progressive D66, who are in favor of abortion, same-sex marriage and integration within the EU. They furthermore wanted to legalize euthanasia, so that not just terminally ill citizens have the choice to end their lives.

In contrast to that, stand the two Christian parties. While the Christian Democratic Appeal share and eco-friendly and pro-European policy with the D66, the Christen Unie are opposing many of their demands directly. The Christen Unie is in many ways anything but moderate and can be described as the hardliners. Unsurprisingly, abortion, same-sex marriage and euthanasia are a no-go for them. They are also sceptic of the European Union in its current form. However, the CU advocates for a more open policy towards religious refugees.

Even with my very limited knowledge, I am not surprised that mixing this cocktail of a government took 208 days. In fact, this coalition even broke a record for the longest time span until a coalition was formed.

Now what would a Western democracy be without a blonde politician you can compare to Donald Trump or Boris Johnson? Most certainly not the Netherlands. Geert Wilders is a former member of the VVD and now the leader of the right-wing populist Party for Freedom (PVV). This party is Eurosceptic and nationalist. Wilders if furthermore known for islamophopic statements comparing the Quran to Hitler’s Mein Kampf.

The party for freedom is not the only right-wing populist party with a critical attitude towards the EU in the spectrum. This is the Netherlands’ most recent party as it has only been founded by Thierry Baudet in 2016. They are promoting lower taxes and most importantly direct democracy – legally binding referenda included. And yes, Thierry Baudet already advocated for possible NEXIT referendum.

This is a stark contrast to the biggest opposition party – the GroenLinks. They stand for green (I know this is a big surprise), social, tolerant and pro-European policies. Apart from taxes and emission trading to promote alternative energies, they want to introduce the so called ‘participation contract’. This would mean a raise in the unemployment benefit, but for a shorter period of time: 12 instead of 38 months. After that, the unemployed citizen would have to get involved in their local community with volunteer work and get pair a minimum wage.

Another opposition party (and they sure are not happy about this) is the Dutch Labor Party (PvdA). After being part of the “purple government” together with Rutte, they received the worst results in their existence in 2017 with only 9 seats in the House of Representatives. Therefore, the social democratic party scored the most seats in the election for the European Parliament this year.

Take a step further to the left and you will find the Socialist Party (SP). They call themselves an activist party. What for? Namely they oppose the privatization of publicly owned enterprises and campaign against the increasing divide in health care provision for rich and poor.

“How do so many political parties fit in such a small (but beautiful) country?”, some of you might ask. That is a very good question indeed. However, there are even more parties out there on the political spectrum: The Party for the Animals advocating for animal and environmental issues, 50PLUS representing pensioner’s interest and DENK defending minority rights are among them. But for the sake of those, whom I have successfully confused with this crash course already, I will leave it up to you to have a look at their fact sheets. As for now, grab a beer with your favorite Dutchies and go join that discussion! You deserve this after reading this long and not so fun article.

Note from the editor: The infographics that belong to this article will be added before Christmas. There were some difficulties with the files and copyright.

Picture in header by Rudy and Peter Skitterians on Pixabay