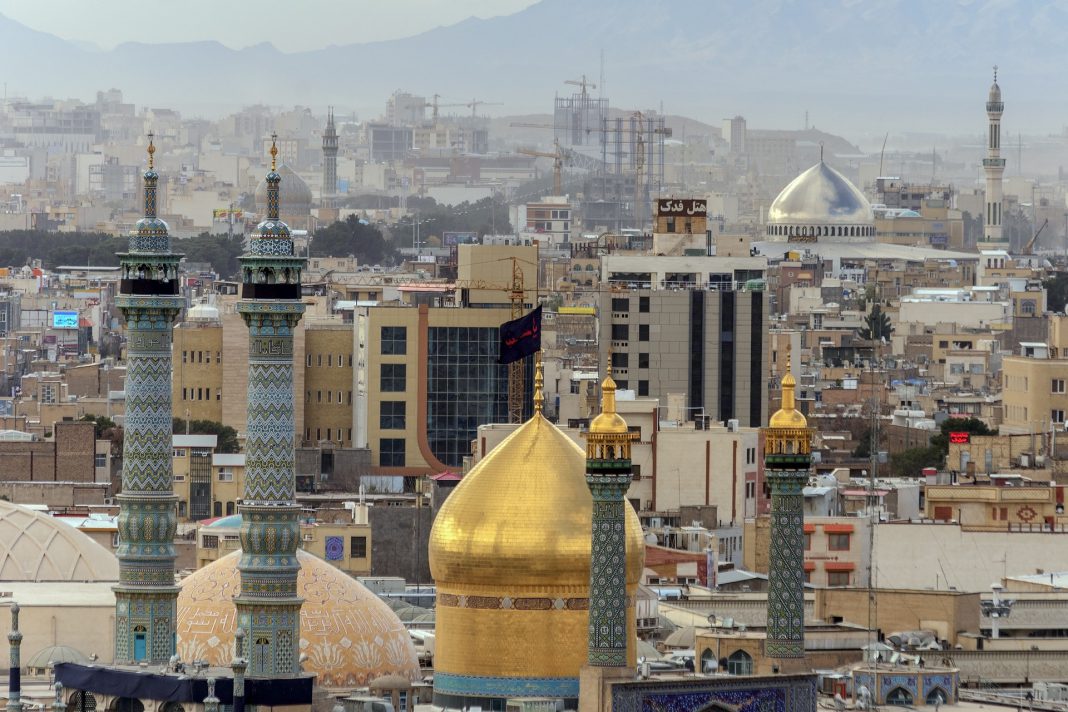 Tensions between the United States and Iran are at an all-time high. Since the Americans under President Donald Trump pulled out of the deal, there has been a noticeable enmity between the two states. Rather than the frigidity that has been a staple of the two states’ relations, recent events have spurred a slowly escalating conflict. However, direct war between the two powers seems unlikely. This is because of current hurdles that each side must presently concern itself with.

The start of the current hostilities can be traced back to May 2018. Trump had declared that the Joint Comprehensive Plan of Action (the ‘nuclear deal’) was a terrible agreement that did not do enough to curtail Iran’s capacity for covertly developing the technology that making weapons-grade uranium requires. The returning economic sanctions would seek to curtail Iran’s financial backing for terror groups. Symbolic sanctions were placed on Iranian top diplomats in July of this year. In response, Iran placed similar economic sanctions on the US think tank Foundation for Defense of Democracies for promoting sanctions and ‘economic terrorism’.

Defiantly, Iran has surpassed its permitted limits on uranium enrichment

It is currently enriching uranium to 4.5%, violating the allowed percentage of 3.67%. Behrouz Kamalvandi, spokesman for the nation’s Atomic Energy Organization has declared enrichment capabilities of 20%. Only a short technical leap must be made to achieve the capacity for processing 90% enriched – weapons-grade – uranium.

Enrichment was suspended in 2003 and resumed in 2005. It was accelerated under President Ahmadinejad. The president’s actions attracted UN sanctions and the Stuxnet virus, a US-Israeli cyber weapon. The virus was developed during the Bush years and deployed under Obama. It attacked systems in uranium-enrichment facilities and was designed to imply incompetence as the source of failures. Over 1,000 centrifuges were destroyed as a result. Israel targeted scientists through a bombing campaign in 2010.

Iran’s nuclear program began in 1967 with American aid under the “Atoms for Peace” initiative, a symbol of good relations with Shah Mohammad Reza Pahlavi’s regime. Cooperation ended after the 1979 Islamic Revolution. In the 1990s, Iran expanded the program and bought materials from the infamous Pakistani scientist Abdul Qadeer Khan, potentially including designs for a bomb.  It also researched explosive detonators. In 2002, a covert site at Natanz was uncovered.

At G-7, Macron sought to establish discourse between the clashing states. President Rouhani was invited to the summit but refused to engage in talks with President Trump while sanctions were still in place. The pressure on Iran’s economy has been devastating: the Iranian Rial has been devalued by 60% , inflation has increased 37%, while the costs of food and medicine have incremented between 40% and 60%, respectively. Because of the current economic situation, China pulled out of a $5 billion development deal it had made in 2015 when the nuclear deal seemed hopeful.

Gibraltar authorities detained an Iranian vessel in July. Adrian Darya 1, a tanker flagged by American authorities, turned off its Automatic Identification System while in the vicinity of Cyprus. This is typical for vessels that are about to engage in illicit trade. The owner is believed to be Iran’s Revolutionary Guard. While a specific buyer is unknown, it was seen docked at the Syrian port of Tartus via satellite imaging. Iranian officials have denied any shipments to Syria. More recent images show the disputed vessel transferring barrels with a smaller one. Circumvention of imposed sanctions through underhanded means is to be expected. However, shipments of crude oil, totalling over 2.1 million barrels and a market value of US$ 130 million, should be a cause for concern as to Iran’s intentions towards the al-Assad regime.

The detention was met with reciprocity.  The Stena Impero was raided and seized in the same month. Although owned by a Swedish company, the vessel was carrying British flags.

The ship has since been released, yet it is evidence of Tehran’s tit-for-tat policy towards foreign relations.

There has been no direct military confrontation between the powers. Instead, the focus has been on proxy actors. Iran-backed militias fired two rockets into Baghdad’s Green Zone, close to the US embassy. In Saudi Arabia, Houthi rebels from Yemen, also Iranian proxies, launched drone attacks on oil production facilities. Iran denied any involvement. Funding for Hezbollah, their proxy in Lebanon, has been targeted by the US with sanctions on cooperating banks. With a 70% dollarized economy, the financial stranglehold is proving to be very effective.

Iran criticises US and Israeli treatment of Palestinians. It claims that the US has locked Iran out of the global financial system and uses international banking as a tool for punishment. They see the US as a destabilising force in the region. Iran sees itself as a sponsor for freedom fighters and says the US invaded Iraq and Saudi Arabia did the same in Yemen. Americans counterclaim that Iran promotes proxy wars in Syria, Iraq and Yemen. They fuel sectarian violence by supporting Shia militias against Saudi-backed Sunnis. The Revolutionary Guard Corps are only accountable to Supreme Leader Ayatollah Ali Khamenei, and their existence is thus antithetical to democratic values. The Guard has become a source of great dispute in US-Iran relations. Additionally, the US, Israel, the United Arab Emirates, and Saudi Arabia claim that sanction relief sent to Iran was misused to increase the Guard’s budget.  Saudi diplomat Adel al-Jubeir claims they are obsessed with restoring the Persian Empire and having every Shiite under their command; they violate state sovereignties by exporting revolutions.

A conventional war seems, at this point, implausible.

Iran is buckling under the weight of economic sanctions and will likely seek a diplomatic outcome to lifting of sanctions and a re-negotiation of the nuclear deal. The power politics in which it is engaging appear to be part of a counter-pressure strategy against the US. On the American camp, President Trump is under pressure not to be involved in further armed conflicts. Additionally, he is likely to be more concerned with domestic politics: impeachment probes and an ever-changing cabinet have plagued his time in office, and he must try to find a solution if he wishes to be re-elected. The number of deployed troops, fighter jets and missile launchers sent to Saudi Arabia seem better suited for deterrence than any serious attempt at assembling a defensive force. There is, however, a fundamental disagreement of interests and values between the two nations. While there may be peace in the short term, there is no logical guarantee that it will be lasting.

Image in header by mostafa meraji on Pixabay