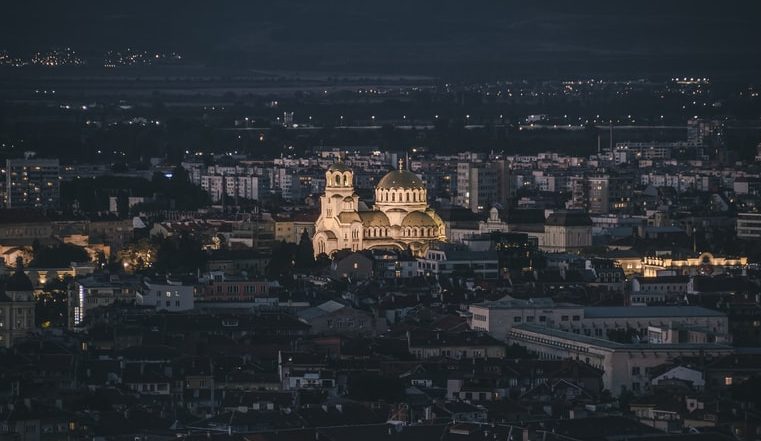 One European country in particular stands out when scrolling through NY Times‘ vaccination rate list –  Bulgaria. The EU member state is somewhere between Zimbabwe and Jamaica with just over 20% of its population being vaccinated. According to research by the John Hopkins University, Bulgaria has the most deaths per 100,000 population and is the third country by observed case-fatality ratio. It surpasses countries who have been in the news for their inadequate response to the pandemic. Are people genuinely scared, or are they just trying to revolt against the current government?

Bulgaria compared to the world

The current Ministry of Health has issued a campaign trying to put into use the EU’s vaccination certificate. Even though countries like France and the Netherlands have implemented regulations like these since the beginning of the summer, Bulgaria is late to do so. Compared to the Netherlands which has an average of 13,442 cases and 25 deaths for the last 7 days, Bulgaria has an average of 3,269 new cases and 172 deaths. The numbers don’t lie and show an extremely worrying pattern: the low vaccination rate in Bulgaria makes the virus far more deadly, compared to other countries.

What elections have to do with it

On the 14th of November, Bulgaria had its 3rd election for this year. The first one was held in April 2021 for the election of the 45th parliament. Then a second one in July because no coalition was formed and a caretaker government had to be appointed by the president. Now there was an election for  parliament coinciding with the election for the president and vice-president. In foresight to those events, a constant media battle between the opponents has been dominating both traditional media outlets and social media in Bulgaria. The different parties could have worked together to debunk myths about the virus and the vaccine, but they chose instead to participate in a popularity contest.

The recent set of regulations was supposed to resemble those of the Western countries, even though they come with a few months delay. Now a certificate is needed for social and cultural events, restaurants and malls. However, those regulations come at a point where the next step is partial or full lockdown. Schools, universities and most non-essential businesses have been moved to home offices due to the high amount of hospitalizations. There has been an increase of vaccinations since those regulations came into force on the 25th of October. However, they do not come without a backlash. Many of the regulations are either being reversed or loopholes are being found out of nowhere. For the last week the government has tirelessly been trying  to please the people a.k.a the voters. A green certificate is given to those that have recovered from Covid. All would have been well if they had followed the European Parliament’s regulation to issue such certificates with an end date of 180 days after the antigen test was performed. However, the Ministry of Health has increased that period from 180 days to 365 days. Thereby, Bulgaria created its own certificate, which would only be recognised within its territory.

Why don’t people want to vaccinate

People are not vaccinated for various reasons, but there are some trends. When interviewing people, some categories for their responses stood out: fear, insecurity, and denial. With the help of my friends and family, I got to hear the reasons of 20 people from various ages for not getting vaccinated.

What led to the situation

The people in Bulgaria are not new to changing the rules and doing it their own way. With the start of the pandemic in 2020, many that contracted the virus never took a PCR test. When all the restaurants and clubs were supposed to be closed, there were some working illegally.  They took it as far as to create a scheme during the time when restaurants didn’t work on their own but the restaurants to the hotels did work. People paid a fictitious price of around 10 Euros for a stay at a hotel, only so that they can go to a restaurant.  Then when cafes, bars, clubs and many other social venues reopened many never followed the restrictions such as maximum people allowed or proper sanitation. Even though the capital was somewhat regulated, most of the cities and towns throughout Bulgaria were living in a seemingly Covid-free environment. When borders reopened, people started faking PCR tests. Then vaccination passports came into force so many people bought their certificates without actually getting vaccinated. Those certificates are legitimate in the eyes of the authorities because they are in fact real-life registered doses of the said vaccine. The only thing that is missing is the actual vaccine in the body of the said person.

Vaccination rates are the embodiment of the current political situation in Bulgaria. They represent the nation as it is: a group of people with almost no binding factor around them. Where the political opponents should have come together to unite the people and reassure them, they chose to proceed with the already existing chaos. The critically low vaccination rates are the outcome of political agenda, misinformation and fear. Moreover, the low vaccination rates put the nation under immense risk which will be reflected in the next couple of months. Even though Bulgaria is an EU-country, this is by no means visible from its policies and governing methods for the last year and a half.

Picture by Alexandr Bormotin on Unsplash