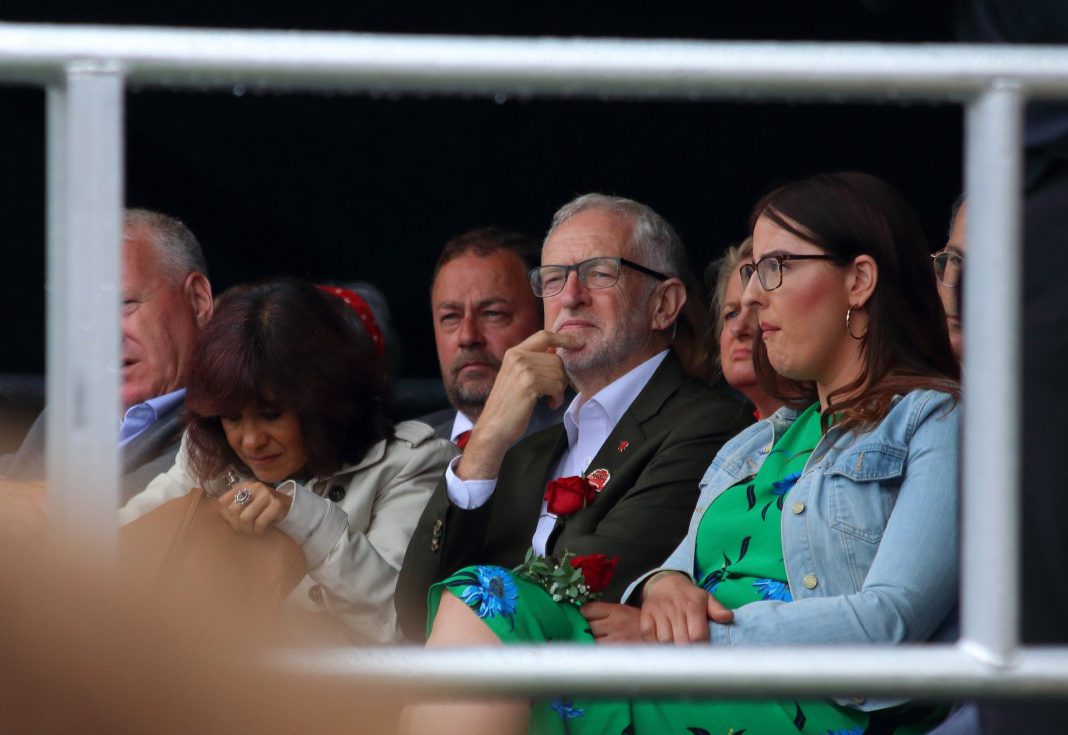 On December 9, 2019, The Guardian columnist John Harris wrote that the Conservatives of Boris Johnson should be worried, even if they would win the upcoming elections. He warned of a pyrrhic victory, a victory that costs more than it yields as a result of the extreme effort. The timeless socialist dream: one day the working class will rise (and help Labour win an election). The wish turned out to be the father of the thought in this case. Johnson won tremendously, 365 of the 650 seats, and he now has the opportunity to get his brexit plans through the parliament in no time. Labour will remain on the sidelines for the time being and must quickly look for a new direction and new leadership.

The fact that the conservatives were able to achieve such an enormous victory, the best result since the elections of 1987, can also be attributed to Labour’s scanty story and its current leadership. The comparison with the 1987 elections thereby goes further than just the size of the victory; the current leadership can also easily be compared to the party leaders of the time. The political battle in 1987 was fought between Margaret Thatcher of the Conservatives and Neil Kinnock of Labour. Thatcher was known for her neoliberal policies and flamboyant character. Kinnock was an extremely left-wing politician and an outspoken pacifist.

The conservatives came up with an appealing story, the economy was developing prosperously and with Thatcher there was a leader who reminded many Britons of a time Great Britain was still of great importance on the world stage. Labour meanwhile did its best to get rid of the extreme left side of Kinnock at a time in which socialism was not the most popular philosophy. The similarities between Johnson and Corbyn are striking. The outspoken Johnson has a clear story, reducible to one slogan: “Get Brexit Done!”. Corbyn is the remotely cold-hearted, little appealing socialist who, although he had strong ideas about health care and the environment, failed when it came to the most important topic in these elections: brexit. Kinnock stayed on for five more years, Corbyn does not seem to be given that chance.

That Labour came up with a weak story is therefore not completely true. They had extensive plans to tackle overdue maintenance in the NHS, wanted to raise the minimum wage, and were planning to nationalize the mail and public transportation. The manifesto they presented existed of typical Labour plans, perhaps enough for a victory in normal times. One can however no longer speak of normal times in Great Britain. The brexit has turned the political landscape upside down. Corbyn found himself in a conundrum: the traditional Labour voter in the north was pro-brexit, the higher educated voter in the city anti-brexit. Choosing one group meant losing the other. With his choice for a second referendum, he tried to remain neutral in this struggle for a strategic direction, but due to his own failure, this choice soon ended in a deception.

When Corbyn was asked what his campaign would look like in such a new brexit referendum, he came up with a politically meaningless answer: he would remain neutral. A crucial mistake in a highly polarized country. A party that does not have an opinion on the main topic of election is doomed to lose. Corbyn undoubtedly turned into an embittered man this campaign. Since he was elected to the British parliament in 1983, he has been very critical of the EU and the EEC. He was very outspoken about the relations with the mainland, until the 2016 referendum. He had to abandon his strong opinions this campaign and saw many traditional Labour districts in the north and west turn blue.

After the disappointing result, Corbyn was expected to leave immediately, but he did not. After a couple of days of silence, he released a video message in which he attacked Boris Johnson and claimed “our time will come.” The question is when he will realize that the socialist course his party has been following since 2015 has failed. In the meantime, he has indicated he will step down the moment a new leader has been elected. The most important question is how much influence he will exert on the political signature of this new leader. Many prominent figures in the party believe that the course of the party should be focused again on more center-left policies, such as in the successful periods with Tony Blair as party leader.

As sorrowful the temper was at Labour, so delighted was the feeling at Johnson and his party members. A remarkable transformation of the crisis realm that prevailed a few months ago. That John Harris predicted a tough campaign for the Conservatives did not come completely out of the blue. Johnson and his predecessor Theresa May failed to get their brexit proposals through the parliament in the recent years, often because of their own obstructive MPs. Nigel Farage, who saw his political utopia get endangered in recent years, won the recent European elections with his brexit party and was the ideal man to take advantage of the political fatigue of the British people. He, however, decided to withdraw from the districts where the Conservatives were probably winning and Johnson managed to unite his party members. The polls were in his favor and winning the elections became a simple formality.

Labour has to outline a new political direction for the coming five years and they should leave the Brexit for what it is. A newly elected leader would do well in eliminating the remnants of the five Corbyn years as quickly as possible, as they did after Kinnock’s departure. Blair’s success can serve as a blueprint for the future; politics from the center may provide a counterweight to Johnson, who, for the time being, does not have anything to worry about.

Picture in header by Emphyrio on Pixabay.