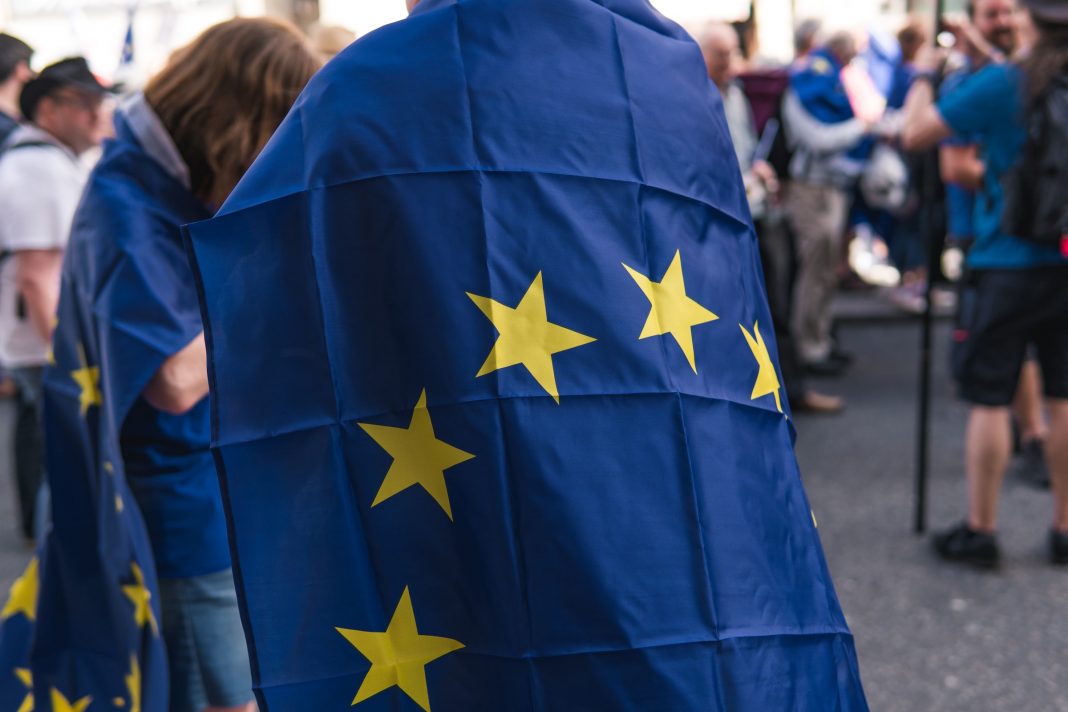 You may not have noticed with all that is going on right now, but the European Union (EU) is in a deep crisis. Poland and Hungary have blocked the Multiannual Financial Framework (MFF), to which the COVID recovery fund is also linked. The EU should blame nobody but herself, for the crisis is caused by this blockage. In the past ten years, the EU failed to properly stand up against upcoming autocrats. Now we are brutally forced to face the reality this has created.

The MFF was blocked because of the ‘rule of law mechanism’, which links EU pay-outs to respect for the rule of law. This means that EU-funding can be stopped if member states threaten the rule of law in their country. Hungary and Poland do not agree with this. In an official statement they claim that the mechanism goes against the EU treaties.

— Chancellery of the Prime Minister of Poland (@PremierRP_en) November 26, 2020

Professor in law, John Morijn, has shown that this is not true.

Let’s take a look at this HU/PL joint declaration.

Spoiler alert: it’s incorrect on each point & doesn’t justify accommodating any demands of 2 Member States that are both – let us not forget – currently under investigation in a #RuleofLaw Article 7 TEU procedure

A more likely explanation for their blockage is their own fear of sanctions. Both countries have indicated for years that they disregard the rule of law.

It’s often overlooked that linking EU funds to rule of law is a very personal threat to Viktor Orbán and his family too.

In recent years, my colleagues at @direkt36 have uncovered in details how EU funds enriched the Orbáns: the father, the brother and the son-in-law. THREAD. pic.twitter.com/tgyPuGaLki

Grants flow indirectly to himself and his family. This way, Orbán’s father has earned tens of millions from projects funded by the EU. Gyözö Orbán – Viktor’s brother and owner of a technology firm – has also received extensive subsidies.

The fact that this kind of kleptomania takes place in the EU can in itself be called a crisis. Because try to explain to hard-working Dutch, Italian or German laborers that their tax-money contributes to autocratic practices in Hungary. Way to put European solidarity at stake, if you ask me.

Ever since its official foundation in 1992, the EU has claimed to strive for a community of values. Every member state should be able to demonstrate respect for human rights, democracy, and the rule of law. Apart from Hungary, Poland has also shown to have difficulties with respecting the values of the EU. By installing allies in critical positions, prime minister Mateusz Morawiecki is harming the independence of the judiciary. This has provoked a revolt in his country. Brave Polish lawyers recently published an open letter in which they declare that it cannot go on like this and that the EU should act.

But the current crisis is even worse. Poland and Hungary want to preserve their autocratic tendencies and are willing to take the EU hostage because of it. The MFF – which Poland and Hungary have blocked – is necessary for the functioning of the EU. Important steps in the new agreement regarding sustainability, climate, and innovation cannot be realized without proper financial guidance. In addition, many member states are in serious trouble because of the COVID pandemic. Due to the blockade, the COVID recovery fund cannot come into operation, so support for these countries is not forthcoming.

How did it come this far? How did Poland and Hungary get such a grip on the EU? The EU should take a look into a mirror.

Political Scientist R. Daniel Kelemen wrote an intriguing paper about this problem. He explains that the EU is trapped in an ‘authoritarian equilibrium’: a politically stable equilibrium in which the EU supports the survival of authoritarian member states. This sounds paradoxical. How does the EU – a political community with democracy as one of its core values – promote autocracy?

The first factor to consider is the half-baked party system in the EU. It works like this: various national parties exist in the European Parliament. Like-minded parties often form a pan-European coalition, such as the European People’s Party (EPP): a Christian Democratic coalition. To determine how many seats every coalition receives, direct elections are held at a national level. The CDA and CDU – the Christian Democrats in the Netherlands and Germany – will therefore benefit if Orbán’s Fidesz, which is also in the EPP, receives many votes during these elections. This gives EPP members an incentive to turn a blind eye when Orbán is showing autocratic tendencies; if his party loses votes due to public criticism from, for example, Hugo de Jonge or Angela Merkel, the EPP coalition also loses votes, thus power. The result? Like Kelemen showed in an earlier piece, an EPP which for over ten years has not taken any decisive action against democratic backsliding in Hungary.

Why do the CDA and CDU not pay the price for this? Why do we still see Angela Merkel as the leader of Europe’s liberal order, even though her party has contributed to democratic hollowing in Hungary?

For sure, appeasing autocrats is increasingly criticized by the media. And moreover, the EPP sanctioned Fidesz last year. This intervention took ten years, however, and the problem has not been resolved. CDA and CDU still do not suffer any national electoral loss when there is another radio silence after a scandal in Hungary; the distance between EU politics and the national citizen is simply too big. Many Dutch voters have never heard of the EPP, let alone which parties it supports. The link between CDA here and Fidesz there is not visible enough.

Kelemen notes ironically: “while the EU has spent large sums promoting democracy in candidate countries and around the world, today it is a major funder of democratic backsliding by EU members.” This is the problem: Hungary and Poland are among the highest recipients of EU funding, while the EU at the same time leaves the supervision over these sums to the countries themselves. This means that the Hungarian and Polish governments are responsible for checking whether the subsidies end up in the right places. You do not have to be a scholar in European politics to understand that this is a recipe for disaster. No wonder Orbán has misused subsidies to enrich his family.

Yes, emigration. Not immigration. This side of the migration coin is not often talked about when it comes to Hungary and Poland, but according to Kelemen it definitely plays an important role. The easier it is to leave a country, the more likely it is that critical citizens will choose “exit” over taking action against their government. EU citizens can easily settle in other member states. As a result, residents who disagree with the state of affairs in their country, pack their bags, and forego the opportunity of opposition to the government. This is also the case in Hungary: since Orbán came to power, emigration has increased by 186 percent, more than double compared to any other EU country. Orbán prevents the emigrants from voting in the Hungarian national election, avoiding opposition votes in that way. Through this, Orbán forces a structural bias in the Hungarian electorate.

All these factors together make the EU a friendly environment for autocrats. Not exactly a community of values. But are there any solutions? How does the EU get out of the authoritarian equilibrium it has created? Kelemen admits that his paper paints a fairly pessimistic picture for the EU. Fortunately, he now gives webinars in which he further explains his thesis and also offers solutions.

For example, the European Commission could go to the European Court in the event of a breach of EU law by a member state. With enough evidence – as is the case for Hungary and Poland – the Court can pose financial sanctions. The Commission is not the only one who has the option to do this – individual member states can too. For example, the Netherlands could threaten to use this procedure as of tomorrow. But this is not happening. Mark Rutte nowadays uses big words when discussing the circumstances in Hungary and Poland, but he and other heads of government refuse to show leadership and head to court.

Leadership. That is the crucial word. The EU must show courage and politicize the situation in Poland and Hungary. In that respect, Mark Rutte’s words were unique. Never before has a European leader spoken such clear language about Orbán or Morawiecki. This gives hope, but it is only a beginning.

For instance, he could make a firm statement about the CDA’s and CDU’s appeasement politics. That way the EPP members’s stance on Orbán’s policies would be placed clearly on the public agenda. This would create more awareness among voters and could lead to electoral losses for these parties. As a result, CDA and CDU will perhaps reconsider their actions towards Orbán in the future and decide to start acting decisively.

To conclude, through a combination of institutional factors and a lack of political will, the EU has created a monster that is difficult to get rid of. The autocratic tendencies in Poland and Hungary and their grasp over the EU, will not be resolved right away. This requires renewed political initiative. Government leaders such as Mark Rutte or Emmanuel Macron will have to show guts to escape from the authoritarian trap.